The history of the Revere Camera Company is truly one of the great American success stories, and the Alan Lewis Collection contains a diverse selection from Revere's thriving 21 year family business. However, the Revere Camera Company had its origins in another somewhat surprising technology: the car radiator. Samuel Briskin, born Shulem Boriskin, in Russia, emigrated to the U.S. as a teenager and eventually found work as a radiator repairman in Chicago. He would go on to found the Excel Auto Radiator Company in 1920, which would eventually become the largest builder of radiator parts in the nation and supply major retailers like Sears, Roebuck and Co., Montgomery Ward, and Western Auto. 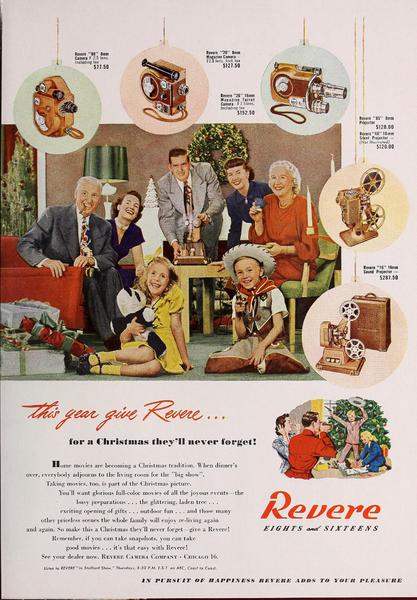 It wasn't until 1939 that the Revere Camera Company would be founded. Now, there are several stories about the founding of the company, one being that Sam Briskin overheard someone talking about how expensive Bell & Howell cameras were, and decided to give them some competition. Another story suggests the idea came from his son, Teddy, who enjoyed going to the movies and thought the camera business much more interesting than car radiators. In any case, just a year after founding the company the Model 88 was in production and far cheaper than Bell & Howell's comparable models. An April, 1940 advertisement in Movie Makers magazine announcing the Model 88 lists it at a cool $29.50. The Model 99, released shortly afterwards, sporting a turret lens was listed at an affordable $65.00. In 1940 the Bell & Howell Filmo Companion 8, for example, was listed at $49.50, while the turret version was a whopping $140

Sam organized Revere in such a way that hints at the company being used as a type of business training ground for his sons, Phil, Teddy, and Jack. Each son was given a one-third stake in the company, while Sam kept only 5 percent of Revere's stock for himself. Ultimately, Revere's aggressive marketing, bargain prices, and trusted craftsmanship led to their success. While they never quite eclipsed the powerhouses of Eastman Kodak or Bell & Howell, Revere knew their corner of the market and knew it well. 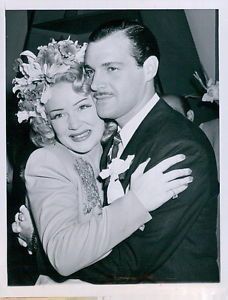 However, one might have seen the beginning of the end for Revere in the late 1940s, after Teddy, whose playboy lifestyle, already a strain on the family, would attempt to found his own competing company, the Briskin Camera Company. Actress Betty Hutton, Briskin's wife, would act as the company's vice-president, but the Briskin camera wouldn't survive the already crowded 8mm market. As the 1950s rolled on Revere would face increasing competition from Kodak and Bell & Howell, decreased demand in amateur filmmaking, and Sam's declining health, which all proved to be too much to overcome.

Ultimately, Sam would sell Revere to Minnesota's 3M for nearly 20 million dollars in 1960, although the Revere name would live on for some time. The super 8mm Revere Automatic S-1 from the mid 1960s, included in the collection below, brandishes both the Revere and 3M names. Although, it hardly resembles the style and quality that made Revere so successful in the first place. Overall, the selection of cameras shown below reveal the industrial beauty and incremental evolution of the Revere cameras, from their simple beginnings with the 8mm Model 88 in 1940 to the super 8mm Automatic S-1 in the 1960s after their sale to 3M. 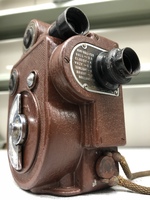 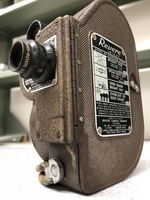 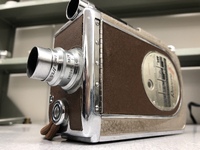 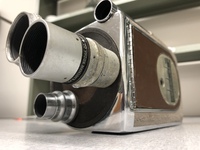 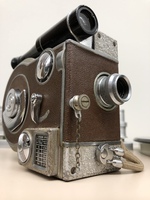 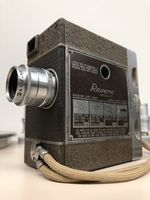 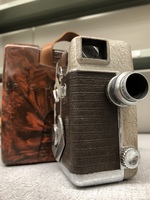 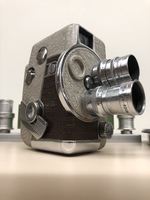 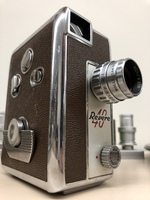 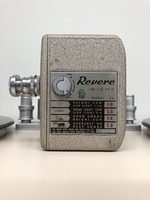 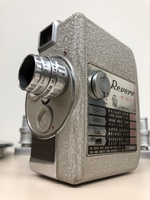 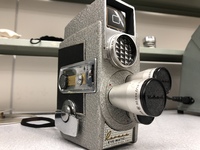 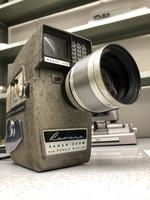