The Rootie Kazootie Club was a popular children’s television program that ran from 1950 to 1954 on the networks of NBC and later ABC. Consisting of two human characters and an assortment of puppets, the show entertained children across the United States six days a week. Action centered on the puppet Rootie, his magical kazoo (or “Kazootie”), and human “Big Todd”, with episodes featuring songs and quizzes with the child viewers. The show has importance in history, besides immense nostalgia from children of the era, through its reinforcement of traditional gender roles, reflection of racial disparities in television, and its place in the evolution of consumerism in television programming for children. Moreover, the ongoing preservation challenges facing Rootie Kazootie provide insight into the state of television preservation for the early years of children's programming. Continue through this exhibit to know more about “the boy who is full of zip and joy," and watch the full episodes with descriptions here. 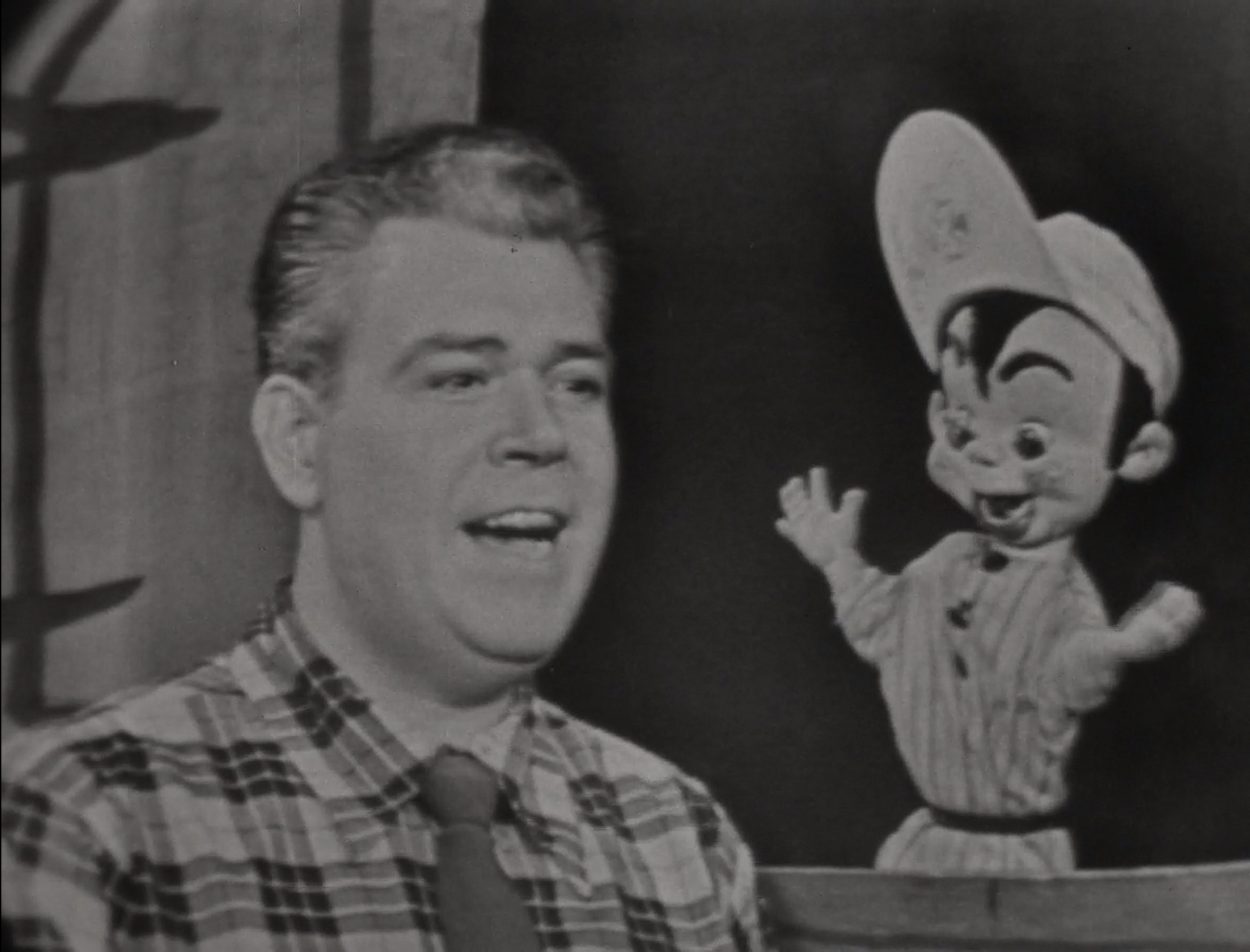