The Eastman Kodak Company proudly lays claim to the largest number of cameras, projectors, and accessories in the Alan Lewis Collection, 59 in total! Watch out though, Bell & Howell is right on Kodak's heals with 57. The gallery provided here showcases a selection of these items, ranging from the very advent of 16mm itself in the 1920s through Kodak's super 8mm cameras of the 1970s. The famous Kodak Brownie series is revealed in all of its wonderfully prodigious variation, as well as an essential accessorry for the Brownie, a movie titler outfit.

However, one of the rarest and most valued cameras in the collection is a Ciné-Kodak, the first camera to introduce 16mm film to the world! One of the most comprehensive books on amateur cinema of the time, Amateur Movie Making, by Herbert C. McKay, then Director of the New York Institute of Photography, noted that while the Model A was a photographic achievement, the camera only achieved widespread popularity with the advent of the Model B. He remarked, "This model has swept the country and has become as commonplace as the still Kodaks." 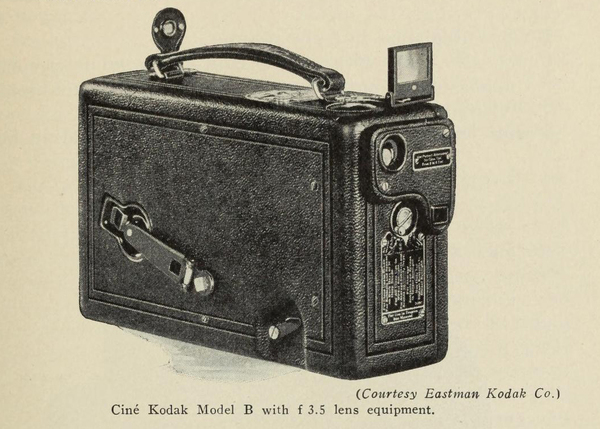 Illustration of Ciné-Kodak Model B (f3.5) from "Amateur Movie Making."

The Model B came in several lens variations, f6.5, 3.5, or 1.9. Generally, the standard models were constructed out of metal covered with morocco leather, but the f1.9 version had an ostrich leather option, featured in the collection, for an additional $75! That's no chump change in 1927.

Select a camera, projector, or accessory to view image gallery 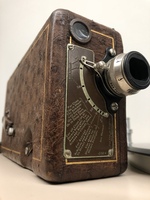 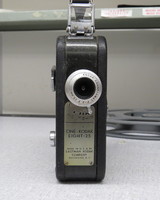 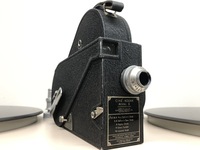 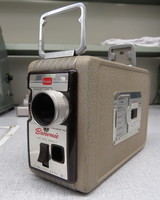 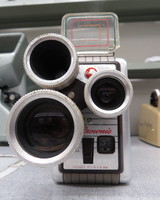 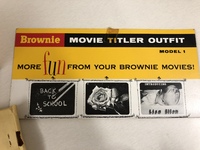 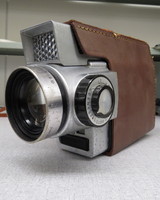 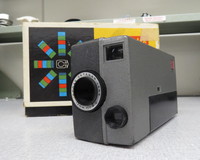 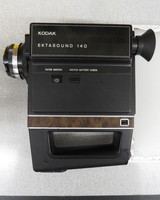 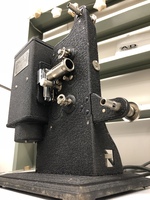