The March of Time

First appearing in theaters across the United States on February 1, 1935, The March of Time quickly became a staple in movie theaters across America and the world. Airing before feature films, The March of Time presented in-depth examinations of news stories throughout the world, in a unique combination of newsreel and documentary formats. The March of Time’s influence on America was substantial through its vision of liberal capitalism, depiction of typical America, and interventionist position in world affairs. For many millions of Americans, The March of Time provided guidance and national pride during a period of social, economic, and diplomatic turbulence. Even after its final release in August of 1951, the series shaped journalism and film by pioneering modern forms of narration, integration of video, and in-depth focus. Continue through the exhibit to learn more about The March of Time and see why, ultimately, time-marched on.

To watch all of the Moving Image Archive's preserved issues of The March of Time, click here. 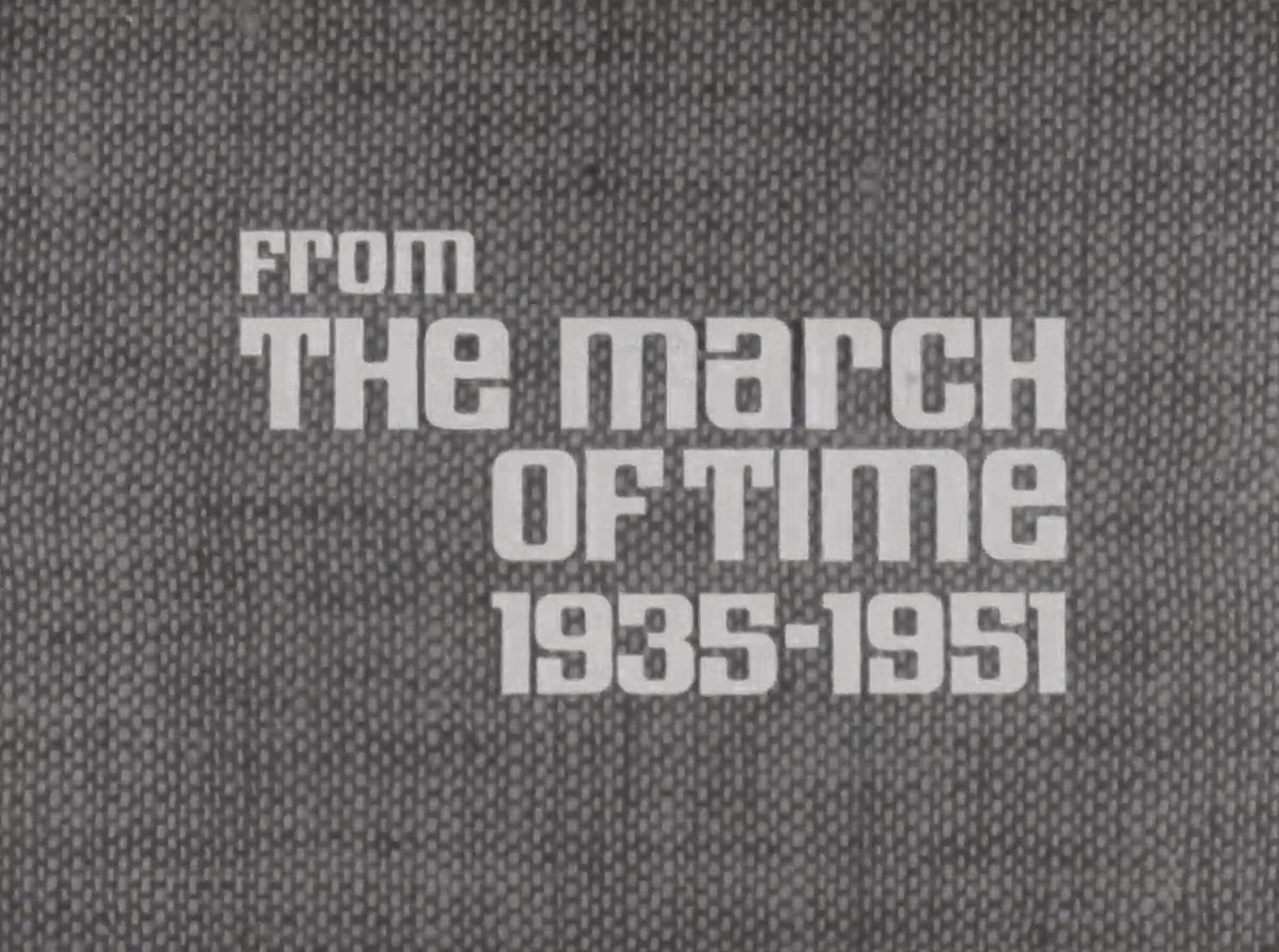