The Rise of Social Guidance Films 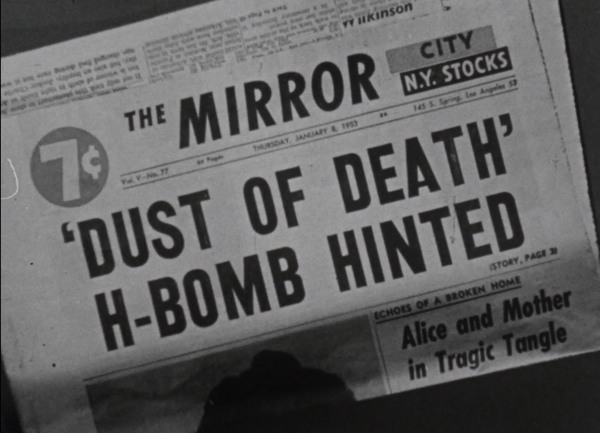 Connections to the brewing Cold War infiltrate several entries within social guidance films, like this brief reminder of the high stakes of gossip in the beginning (1 minute and 8 second) of the film Gossip.

By the end of World War II, educators and parents became increasingly worried about the next generation of Americans, who had experienced the Great Depression, global war, the rise of communism, and changing social trends over their childhoods. Authority figures feared another “Lost Generation” of underachievers that came about from World War I, but this time by the newly termed “teenagers”.1,2 By instilling good citizenship, limited relationship values (to combat the “going steady” craze of engrossed monogamy), and conservative social mores, Americans hoped to keep the next generation on track. To accomplish these lofty goals, the education system turned to a new media form: film. Armed with projectors donated from the U.S. war effort or freshly purchased, America’s school children watched new social guidance films in classes. Social guidance films, often referred to as mental hygiene films, were professionally created works designed to address social issues of concern in 10-20 minutes. Topics ranged from instructing hygiene habits, to selecting proper clothing, and reinforcing acceptable gender interactions. After the monetary success of early social guidance films, production houses potentially produced thousands of such films, but relatively few remain today due to the heavy use of films in classrooms.3,4 Educators at the time would throw out films too heavily damaged to be played, and ordered newer films from the production companies.

The instilling of morality in social guidance films was common. The film Johnny Learns his Manners tackles morality through the visual art of miniature good and evil versions of the main character, as shown in this still image at 2 minutes and 14 seconds. 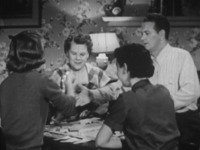 The attempted reassertion of the family unit and parental authority is shown at 2 minutes and 2 seconds in the mental hygiene film More Dates for Kay. 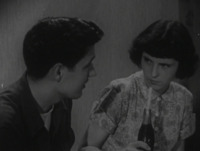 Unsupervised time like this rare one appearing at the 9 minute and 36 second mark of What to do on a Date was frowned upon within social guidance films. 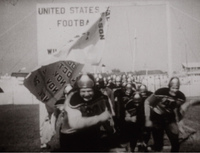 Frequent images of sports encouraged participation for better social adjustment, like this shot of the West Point Football Team from Johnny Learns his Manners.