The World We Want

What happens when you gather together 30 bright teenagers from across the world and ask them to discuss the education, women’s rights, and world peace? What happens when a 16-year-old Afrikaans girl discusses apartheid with a black African boy from Ghana? Or when an Israeli girl talks to boys from Syria and Jordan? 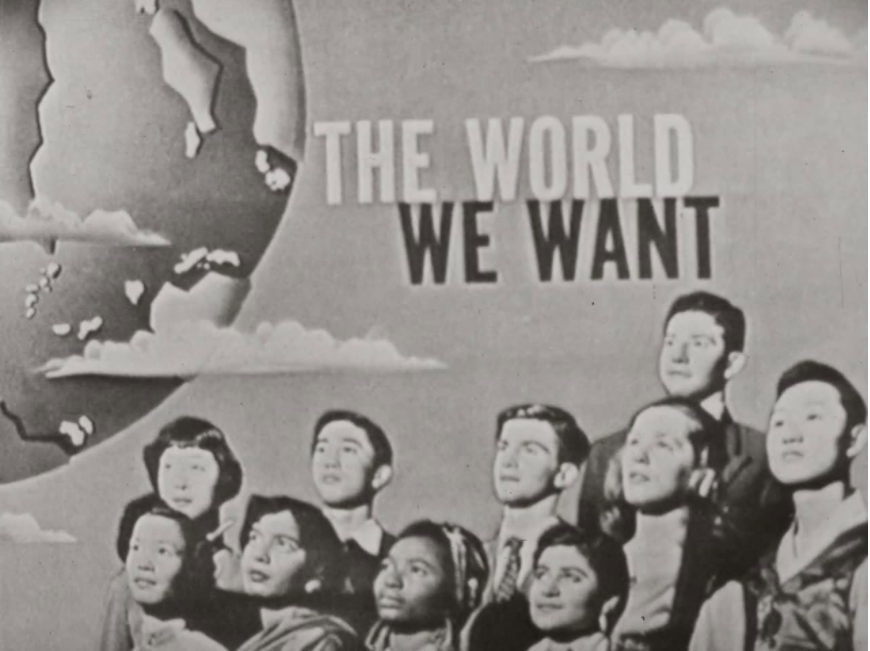 These conversations and more were the experiment of the Herald Tribune World Youth Forum that existed from 1947 until 1972 and even outlived the newspaper’s expiration in 1965. The Forum was the brainchild of Helen Rogers Reid, the New York Herald Tribune’s owner and editor. It was loosely based on the ‘adult’ Herald Tribune Forum, which originated in the 1930s, bringing together world business and political figures to discuss relevant issues in front of a general audience in New York. But the post-WWII era saw a new emphasis on youth as the means to securing world peace, with the New York Daily Mirror and the New York Times Youth Forum programming similar events. The Herald Tribune Forum also sparked a copycat program run by the Daily Mail in Britain from 1949 to 1951. Concurrently, this was also the era of mass gatherings of socialist youth organized by the USSR.

The Herald Tribune World Youth Forum was the most ambitious and longest lasting of all of these initiatives. However, little known about such programs in the U.S.. National committees around the globe selected (usually) one 16-18-year-old representative, who flew to the U.S. for 3 months. Based in the New York area, representatives stayed with 3 or 4 different American families, attended a variety of high schools, and travelled to Washington, meeting significant political figures, often including the incumbent American President. The culmination of their visit was a huge ‘high school forum’ held at the Waldorf Astoria Hotel in March, where the delegates all performed and discussed a variety of topics in front of an audience of high school students. The Herald Tribune featured delegates’ activities in its pages for the three months and had a special 5-10 page feature for the Waldorf Astoria event. From the early 1950s the delegates also met in smaller panels for a series of discussions on topical issues. Initially these were broadcast on radio and later, beginning in 1953, on television.

The idea behind the forum was to encourage international understanding and co-operation by showing a handpicked group of young people from around the world that they were not so different after all. The organizers banked on these teenagers being their nation’s best and brightest (or in some cases, the most well-connected). 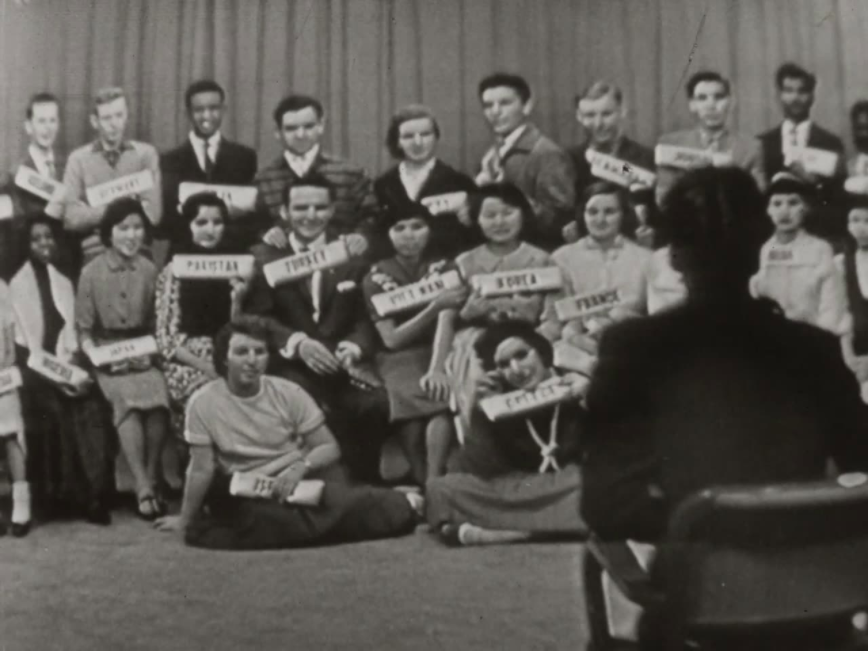 They were expected to be potential future leaders and many would become influential in politics, business, education and religion. In addition to encouraging international understanding there was another motive. The newspaper organized the forum and provided a small amount of money for the program—mostly for the salary of the organizing staff. It relied on schools and families to host the students. It also cleverly obtained sponsorship from Pan Am and TWA airlines, which flew the delegates from all around the world for free. Scholastic Magazine was also a sponsor. But most important was the support of the U.S. government. Although respective national ministries of education selected delegates, the cultural attaches of American embassies and the United States Information Service assisted student representatives during their tours.

This was a ‘hearts and minds’ initiative, one of the many ‘soft power’ weapons in the Cold War, designed to showcase the U.S. to foreign representatives. It was, however, slightly more sophisticated than the mass Communist rallies, in that the flaws of American society, such as segregation, were not withheld. This was also an exercise in world citizenship. The students were to be ‘walking textbooks,’ youthful ambassadors, educating American high school students about the world.

The countries invited to send delegates were friends and allies of the US (the UK, continental Europe, Canada) but also countries in which the US hoped to maintain its influence (e.g. Korea, Japan, Ghana, Nigeria, South Africa, Israel, Egypt, Brazil, Argentina). There were notable absentees. The only Communist country was Yugoslavia. Others do not seem to have been invited. The lack of Communist bloc countries provoked little comment; publicity around the forum made much of the fact that delegates came from ‘all over the world’.

Dr Catherine Bishop is a historian and postdoctoral fellow in the Centre for Workforce Futures at Macquarie University in Australia, writing a history of twentieth-century Australian businesswomen. She is the author of the award-winning Minding Her Own Business: Colonial Businesswomen in Sydney (NewSouth 2015) and of Women Mean Business: Colonial businesswomen in New Zealand (Otago University Press 2019). With Jennifer Aston she has co-edited Female Entrepreneurs in the Long Nineteenth Century: A Global Perspective (Palgrave 2020). She is working on a biography of Australian missionary Annie Lock and researching the history of the New York Herald Tribune World Youth Forum.