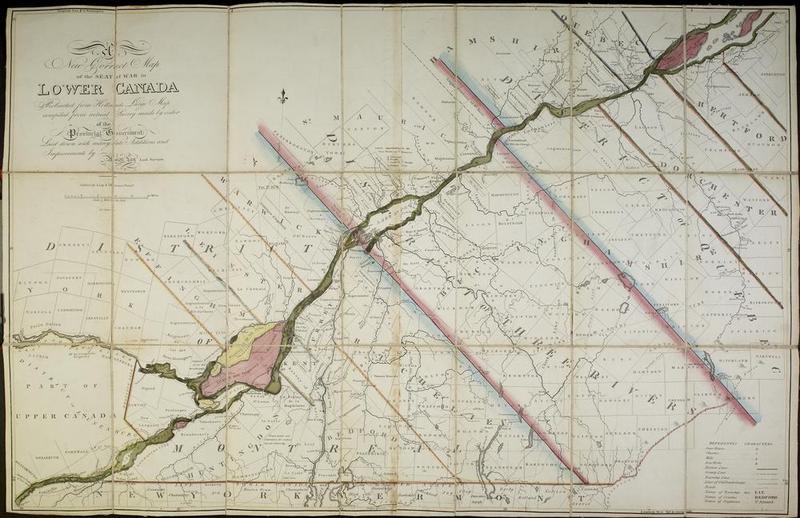 United States military leaders organized another invasion of Canada at York on the northwest coast of Lake Ontario. With ships based at Sackets Harbor on the south shore, Major General Henry Dearborn and Commodore Isaac Chauncey were hoping for a quick victory that would lead them closer to the Niagara. On April 27, Chauncey’s squadron delivered a force of men to the shores outside York, and Brigadier General Zebulon Pike led the attack on York. U.S. troops sustained serious losses, but drove the British force out of the city. Upon abandoning the town, Major General Sir Roger Sheaffe order the main magazine destroyed, and the ensuing explosion nearly 250 American combatants, including Pike. Poorly disciplined American troops, no doubt alarmed by the explosion, proceeded to loot the town and burn a number of public buildings, including the provincial legislature.

The fierce battle at York strained the U.S. forces, and a planned attack on Fort George was delayed nearly a month. While U.S. troops captured Fort George, Canadian Governor Sir George Prevost planned an attack on the American base at Sackets Harbor. Knowing that Commodore Chauncey and his squadron were at Fort George, Commodore Sir James Yeo’s squadron easily transported men to Sackets Harbor unmolested. Weather delayed their landing by day, but British forces led by Colonel Edward Baynes advanced on the city, scattering a force of Brigadier General Jacob Brown’s New York militia and directly attacking Fort Tompkins. American defenders refused to surrender the fort amid fierce fighting, and British forces eventually withdrew, much against the wishes of many British officers who felt victory was within reach. Indeed fear of losing the fight led one young American officer to order storehouses, supplies, and a partially constructed ship burned, lest the enemy seize them.

Having captured Fort George, U. S. forces planned a sortie to destroy a nearby British position near the village of Beaver Dams. Colonel Charles Boerstler led about 600 men toward their goal, but they were ambushed by a force of Native American warriors and British officers. Word of the U.S. attack had surfaced in Queenston, and a now legendary local woman, Laura Secord, walked twelve miles to warn British Lieutenant James Fitzgibbon of the attack. Her warning prompted the ambush, and though her contribution was not well known for many years, by 1860 she was compensated for her service. In the early twentieth century, her story was taken up as a model of pioneer Canadian womanhood.

Despite the many battles along the U.S.-Canadian borderlands, the larger goals of the U.S. military were never clear. The importance of Lake Champlain and the St. Lawrence seaway to control in the region was indisputable, however. In late 1813, half-hearted plans were developed to invade along the St. Lawrence and capture Montreal, with Generals Wade Hampton and James Wilkinson charged to coordinate attacks. Wilkinson, widely viewed one of the worst generals in American history, was a Spanish spy and generally nasty character. He ended up in the north after being removed from command in Louisiana where local militia refused to serve under him.

Quite reasonably, General Hampton hated Wilkinson and their efforts to capture Montreal were ill-coordinated and ultimately futile. Hampton led an approach on Montreal via the Chateauguay River. A large portion of his militia refused to cross into Canada, and the remainder fled during a frontal attack of a British fortified position. Meanwhile, Wilkinson approached Montreal along the St. Lawrence, but his force moved slowly harassed by British raids, bad weather, and sickness. Wilkinson himself is reported to have been drugged by laudanum much of the time, and when Wilkinson finally decided to make a stand and face down the British raiders, he put General John P. Boyd in charge. Wilkinson’s troops were outmatched by a smaller [Canadian? British?] force led by Colonel John Morrison, and when Wilkinson realized that Hampton was not likely to arrive as reinforcement, the Americans withdrew to French Mills. Winter shut down any further effort to move on Montreal. 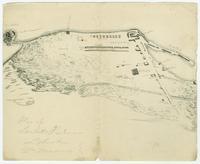 Map of a battle

Lieutenant Loring Austin made this map sometime after the Battle of Sackets Harbor on May 29, 1813. He labeled a number of sites related to the conflict, including the “The new ship”, “a piece of artillery,” and a location where “Col. B. shot.” This likely refers to Lieutenant Colonel Electus Backus of the regiment of Dragoons, the senior officer of Austin’s regiment, who died in the battle.

Sarah Curzon was a prominent advocate of women’s rights, temperance and other liberal causes. As she stated in the preface, the purpose of the play was “to rescue from oblivion the name of a brave woman, and set it in its proper place among the heroes of Canadian history.” The play is credited with initiating historical and popular interest in Laura Secord.

A letter about Hampton’s retreat

Reporting from upstate New York, this letter recounts the defeat of General Wade Hampton’s forces at Chateauguay:  “We have positive news of the retreat of the whole of Genl. Hampton’s army back to Chateauguay after going down the river about 26 miles toward Gananoque (?) where they met the British force of about 3000…”

Published in 1814, this map shows the site of the Battle of Crysler’s Farm in its lower left corner. Click on “interactive view” to look for other sites of military conflict on the map. 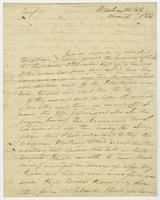 James Taylor, quartermaster-general of the northwestern army, wrote home about war news, including the aftermath of General Wilkinson’s failed campaign. “A Court of Enquiry is to sit on Genl. Wilkinson… There is report that Genl. W. is arrested on some high charges…” Wikinson evaded this enquiry on technical grounds, but he was later tried, acquitted, and honorably discharged after a court-martial in 1815.