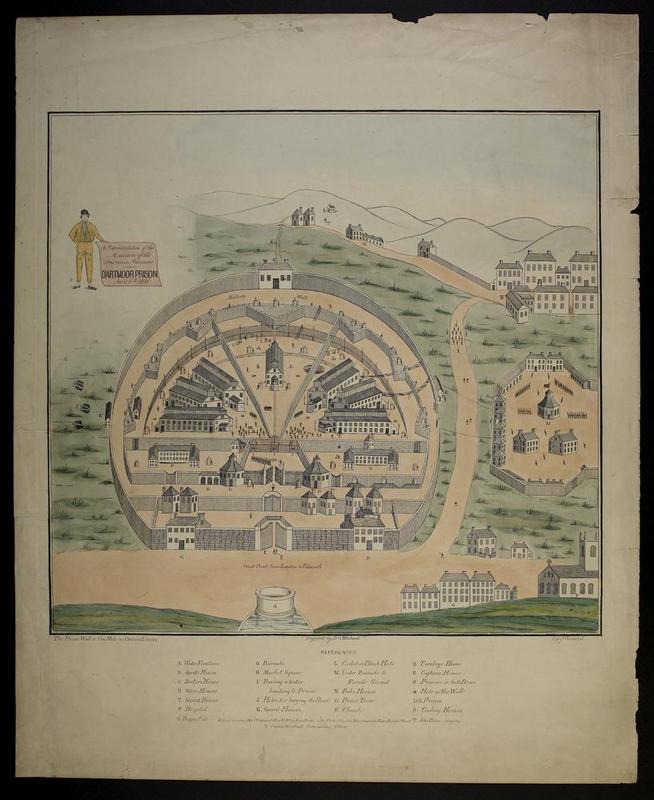 Veterans wrote about their experiences in the War of 1812 with a variety of intentions. Some simply were inclined to share an interesting story of a momentous life experience. Others sought to expose the horror of war, as in writings about the treatment of prisoners at Dartmoor prison or the miseries of impressment. A number of biographical accounts were created to influence elections in which veterans were seeking office.

A few allegedly autobiographical accounts were fictional. Several small books were published on the experiences of women who served in the navy, disguised as men. Though women were often present on naval ships and in the company of armies, there is no evidence that any of the War of 1812 narratives were anything more than lurid tales of adventure.

William Atherton. Narrative of the suffering & defeat of the north-western army, under General Winchester: massacre of the prisoners: sixteen months imprisonment of the writer and others with the Indians and British. Frankfort, Ky., Printed for the author by A. G. Hodges, 1842.

In this personal account, the author described his service in the Kentucky militia, including the defeat and massacre at River Raisin. In describing his subsquent captivity, he found the British officers much more savage than their native allies. He reluctantly published this account with the following goal: “I think it is proper that the rising generation should know what their fathers suffered, and how they acted in the hour of danger; that they sustained the double character of “Americans and Kentuckians” (preface).

Fictional adventures of a woman at sea

The female marine, or, The adventures of Miss Lucy Brewer: who served three years in disguise on board the U. S. frigate Constitution. Boston, 1817.

Attributed to hack writer Nathaniel Hill Wright, the tale of Lucy Brewer begins with her seduction by a caddish suitor. Her reputation ruined, she worked as a prostitute for several years, before joining the navy. Disguised as a man, she proved her heroism in service on the U.S. Constitution and later married a well-to-do man she first met while masquerading as a male. Publisher Nathaniel Coverly, Jr. found the Brewer tale to be so popular with readers that he published several follow up work including, The surprising adventures of Almira Paul . In that story, Almira Paul marries an English war widow, but later is exposed and ends her life as a prostitute.

Sophia Johnson.The friendless orphan : an affecting narrative of the trials and afflictions of Sophia Johnson, the early victim of a cruel step-mother. New York : Printed for the publisher & proprietor, S. Johnson, 1842.

This account of a cross-dressing woman might be true, if only because it seems less prurient than others. The title page of the volume depicts a remarkable portrait of Johnson, missing an arm that she lost in the Battle of Bridgewater.

A young man on a privateer

Josiah Cobb. A green hand's first cruise: roughed out from the log-book of memory of twenty-five years standing. Together with a residence of five months in Dartmoor. Boston: Otis, Broaders, and company, 1841.

The author joined the crew of an American privateer in the last weeks of 1814 an after its capture became a prisonor of war in Dartmoor, an English prison built to hold such prisoners. More than 6,000 Americans ended up in Dartmoor over the course of the war. Most were captured on privateers, just as Cobb was, and most languished there until months after the war was over. On April 6, 1815, guards opened fire on prisoners allegedly trying to escape, killing seven and wounding many more. Cobb’s account of the prison begins in volume two, of this, his personal copy of the book. Its pages are interleaved with blank sheets that hold his numerous manuscript annotations and additions. 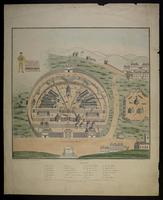 This print of Dartmoor prison depicts the distinctive layout of the prison. Use interactive view to see details such as what appears to be laundry hanging on the line and, to the far left, item “J. Holes for burying the dead.”