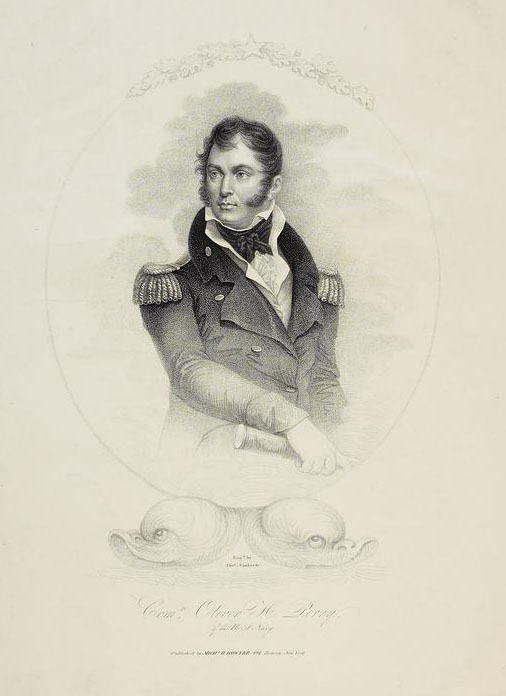 The events of the war made the careers of many partipants, but it also damaged the reputations of others. Post-war battles over the interpretaton of wartime conduct involved a number of military leaders. General William Hull, whose surrender of Detroit at the beginning of the war brought him up before a court martial spent years arguing against his conviction. General James Winchester, who was captured by the British in the defeat at the River Raisin, also published works defending his conduct.

A dramatic feud surrounded a celebrated hero, U.S. Commandant Oliver H. Perry, the hero of Battle of Lake Erie, and one the commanders reporting to him, Master Commandant Jesse Elliott of the U.S. sloop Niagara. In short, during the battle Elliott followed the letter of Perry’s plan of attack, keeping his place in the line of ships even when he had the opportunity to move forward and assist Perry’s ship, the Lawrence, as it fought the British line almost alone. Elliot’s lack of action was not criticized by Perry, but it became the subject of conversation among naval officers on both sides of the war. Elliott sought and received a public statement from Perry attesting to his right conduct, but it was not enough to satisfy him. He spent the rest of his life trying to smear Perry’s reputation and “clear” his name, demanding a court martial for himself (in which he was cleared) and challenging Perry to a duel (which Perry declined).

The capture of the U.S. capital and the burning of the White House also prompted arguments over responsibilty and blame among both civilian and military leaders. 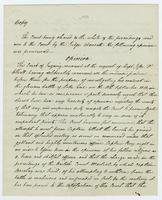 Alexander Murray. Opinion of the Court of Inquiry on the conduct of Jesse Duncan Elliott in the Battle of Lake Erie. 1815. (copy)

A handwritten copy of the court opinion clearing Jesse Elliott of any wrong-doing in the Battle of Lake Erie. Despite this vindication, Elliott continued agitating on the issue and criticizing Perry for the rest of his life, well after Perry died 1819. Read a number of letters from the 1840s in which Elliott writes about Lake Erie and James Fenimore Cooper’s defense of his conduct in his 1843 book on the battle.

An enquiry respecting the capture of Washington by the British, on the 24th August, 1814; with an examination of the report of the committee of investigation appointed by Congress. Washington City, 1816.

The humiliating capture of Washington and the burning of the white house and other public buildings was a subject of much argument and blame. This volume, supposedly penned by Secretary of War John Armstrong, is actually thought to have been written by President Madison. Both men were criticized for their role in the poor defence of the nation’s capital.

This collection of Hull’s letters in defense of his conduct at Detroit was published just a year before he died. Accusations accusing Hull not just of cowardice, but of surrending in exchange for payment from the British, were circulating as late as 1821, as in this pamphlet by Timothy Walker, Two letters addressed to General William Hull.

Robert Christie. Memoirs of the administration of the colonial government of Lower-Canada by Sir James Henry Craig, and Sir George Prevost : from the year 1807 until the year 1815, comprehending the military and naval operations in the Canadas during the late war with the United Sates of America. Quebec, 1818.

Sir George Prevost came under attack for his action, or rather inaction, at Plattsburg, where he failed to provide the expected military support to Downie’s attack on the American base at Lake Champlain. This account of his adminstration was published after his death, which occurred just weeks before he faced a court martial. The postcript of the book, which begins on image 153, explains that Prevost requested the enquiry, after a court martial of the surviving naval officers from the battle concluded that their failure was the fault of Prevost’s inaction.