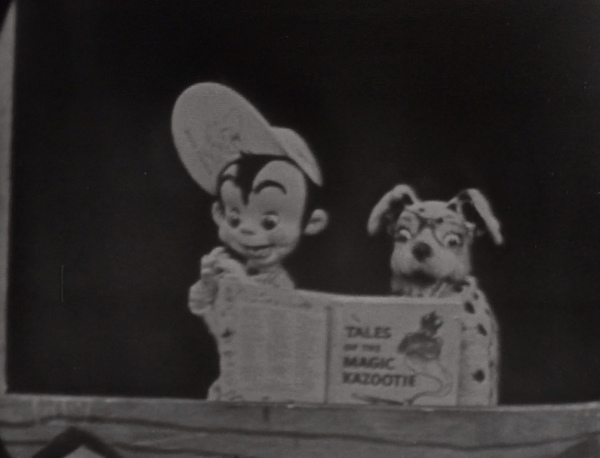 Rootie reading a story from Tales of the Magic Kazootie to Gala Poochie Pup was a reoccuring segment.

The Rootie Kazootie Club first aired locally in New York City for WNBT, a local affiliate of NBC, on October 14, 1950.1 After strong early viewing numbers, the show was picked up for national syndication in 1951.2 After the 1952 season, NBC canceled the show, but Rootie was quickly picked up by ABC. The show was ultimately canceled in 1954, airing its final episode on May 7, 1954.3 Throughout its run Rootie Kazootie could be found airing episodes six days a week, with 15 minute episodes Monday through Friday, and a 30 minute episode on Saturdays that followed a separate storyline than the weekday shows.4 Friday shows were dedicated to depicting morality tales to the young audience.5 At the time, Rootie Kazootie was a phenomenon. It was filmed in front of a live studio audience in New York with kids sitting on bleachers, wearing Rootie’s signature hat or character masks, singing along to the theme song. Its popularity led to a plethora of merchandise, including hats, bracelets, drums, and an assortment of books and comics.6 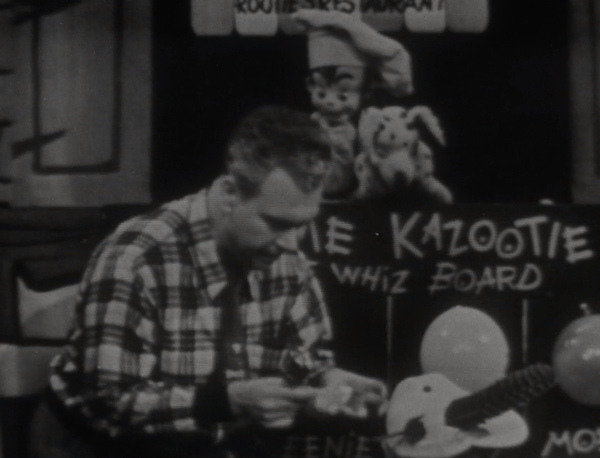 The show entertained children with songs, simple storylines, and quizzes (called a “Quiz-A-rootie”) performed by a cast of puppets and two human actors. Exchanges between characters in the show included extensive use of the ending “-ootie” or “-rootie” on keywords, with one TV scholar referring to it as, “a sort of pig Latin.”7 Fans of the show, referred to as “Rooters”8, incorporated the funny sayings from the show into their own lexicon, repeating words like “yesirootie!” in their daily lives. The main interactions revolved around the human host Big Todd, the show's “materootie of ceremonies”9 and Rootie Kazootie the puppet with the magical kazoo (or “Kazootie”). Other puppet characters included Rootie’s love interest Polka Dottie, Rootie’s dog Little Nipper (later renamed to Gala-Poochie Pup), El Squeako Mouse, and Rootie’s nemesis Poison Zoomack (also later renamed Poison Zanzibou). The only other human character on screen was Mr. Deetle Dootle, a silent and highly confused police officer.10 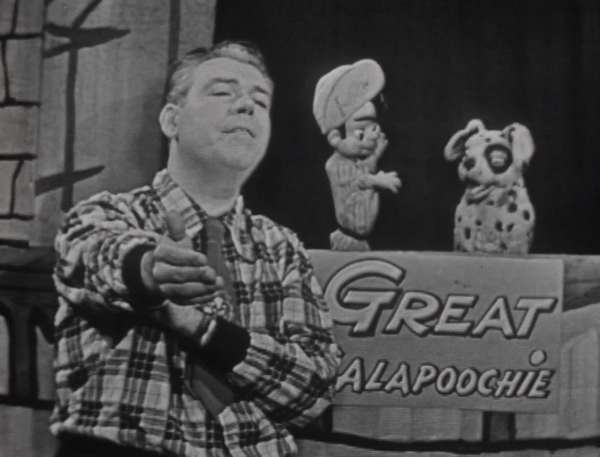 Gala Poochie Pup is seen here with a black eye from a scruffle with Mario Lanza's cat.

When first airing, the show was originally called The Rootie-Tootie Club. Within the first season, the show changed names to The Rootie-Kazootie Club,11 or just Rootie Kazootie, for one of several possible reasons never confirmed. One likely reason was the live audience mixing of Rootie, the puppet, with Kazootie, the magical kazoo, creating a hybrid “Rootie Kazootie” (or “Rootie-Kazootie”) to refer to, both, the puppet and the entire show. Another rumor had the makers of the Tootsie Roll candy take issue with the close naming of the show with their product,12 whereby the television show changed its name.13 Lastly, the show’s producer Steve Carlin presented another cause of the name change during an interview late in his life. It is important to note that Carlin did this interview at an advanced age, appearing to forget many details about this show and others throughout his career. He apparently changed it after not liking the name that was picked by other staff:

At the very beginning it was called “Rootie Tootie”, which I did not like. And that was done when I wasn’t around and wasn’t there to say no because I had some other business to do. When I came back one of my associates was assembling a show and called it “Rootie Tootie”. It was too late, but I said, ‘from here on in it is Rootie-Kazootie’ and that’s the way it was.14 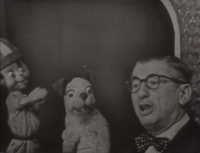 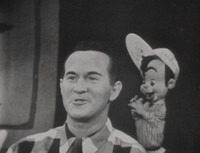 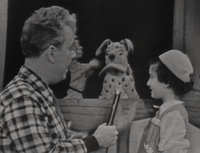 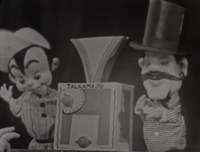 Rootie invented a translator machine, the "Talkamajig," to help the various characters interact with each other.