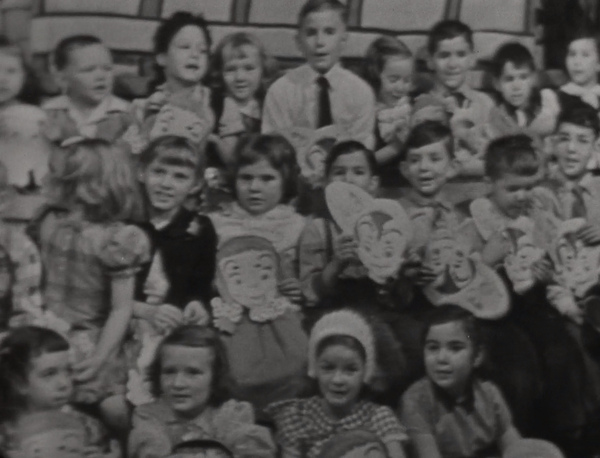 This image shows a typical live audience of children from the show.

The Rootie Kazootie Club aired during Jim Crow segregation, which heavily influenced television of the era. Jim Crow laws were local and state laws that enforced the separation of races in the South. By the 1950s, racial separation practices spread into broadcast programming, which was rapidly becoming a staple in American homes. TV ownership rates soared to about 90% of White households and almost 70% of Non-White households in 1957, up from 20% of White and 10% of Non-White households in 1950.41 Broadcasters feared backlash by White segregationists, especially if it risked sponsorships and low ratings, as boycotts of integration content was common.42  Southern broadcast stations also specifically sought out pro-segregation content, and when not possible these stations were apt to censor and restrict diversity. For example, Mississippi’s WLBT was accused of censoring live broadcasts that included integration concepts and received complaints to government regulating entities concerning inequitable airtime for American American voices and news stories.43 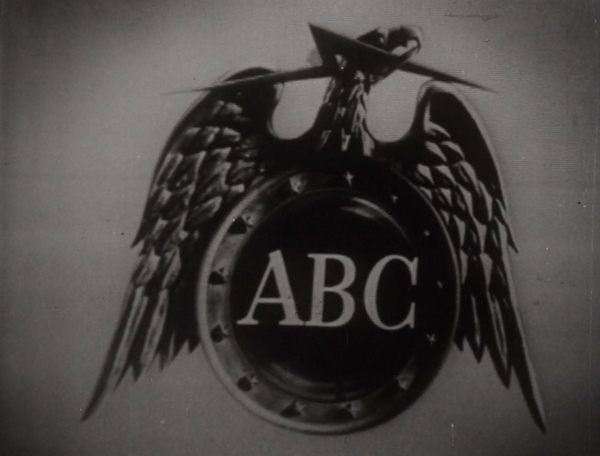 One of only a few television bradcasters at the time, ABC picked up Rootie Kazootie for a few years before canceling the show in 1954.

Children’s television was quick to become a focus for segregationists. After the Brown v. Board of Education decision by the Supreme Court ruled in favor of integration in public schools throughout the United States in 1954, the same year Rootie Kazootie went off the air, many pro-segregationists turned to children’s television for criticism.44 Thus the television stations throughout the South became a “vigilant guard” for traditional Southern values.45 Southern TV stations throughout the period created alternative children’s programming to fulfill their ideals. A favorite for these stations was the airing of older cartoons and other syndicated content, as they often portrayed African Americans and other minorities minimally or negatively.46 When developing children’s programming, some production houses even designed shows with the South in mind to directly target ad revenue.47 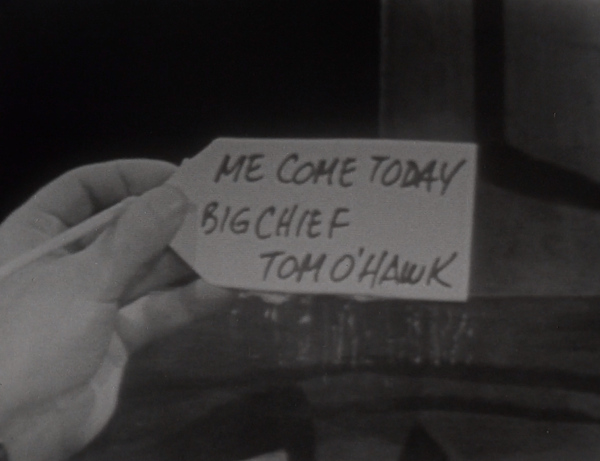 This note attached to an arrow warns of an approaching Poison Zanzibou in disguise.

Television, unlike other forms of segregation, could not be completely separate between races as everyone shared three major channel choices. With rising rates of minority television set ownership, segregationists made subtle decisions to reinforce the White-ness of children’s shows:

Television stations could not tell African American children to avoid watching cartoons, but they broadcasted and promoted the animated stars in ways that glorified white supremacy. On television and in personal appearances, Uncle Looney wore a Confederate Army cap, and the baseball team he visited at Salem was called the Rebels.48

The marketing of merchandise was also regularly done using White child models. Rootie Kazootie, while not created to appeal to segregationists, did use White presenting models to advertise their products.49 Some show content did center around stereotypes, like an entire episode on Native American sign language being adapted to an official Rootie Kazootie sign.50 Poison Zanzibou also dressed up as a Native American on mulitple occasions and gave stereotype-filled speeches to Rootie for the purposes of taking his magical kazoo. Moreover, shots of the live studio audience of children were almost exclusively White, even with live broadcasting far from the Jim Crow South, reflecting the informal segregation in other areas of the United States. 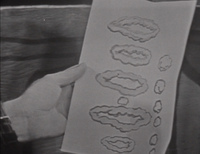 Big Todd holding up a "smoke signal" message written by a Native American. 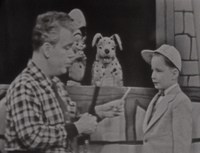 Contestants given an opportunity on the Gala Poochie Quiz reflected the makeup of the live studio audience. 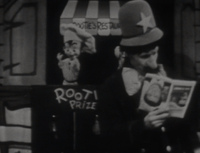 Mr. Deetle Dootle, shown here trying to read, could be interpreted as a stereotypical depiction. 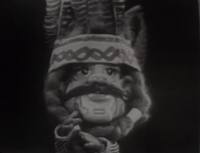 The image above shows Poison Zanzibou dressed as a Native American, with the stereotypes pouring over into Zanzibou's dialogue.

← Polka-Dots and Stripes: Gender Roles in Rootie Kazootie
The Business of Early Children's Television →
Who's Watching?