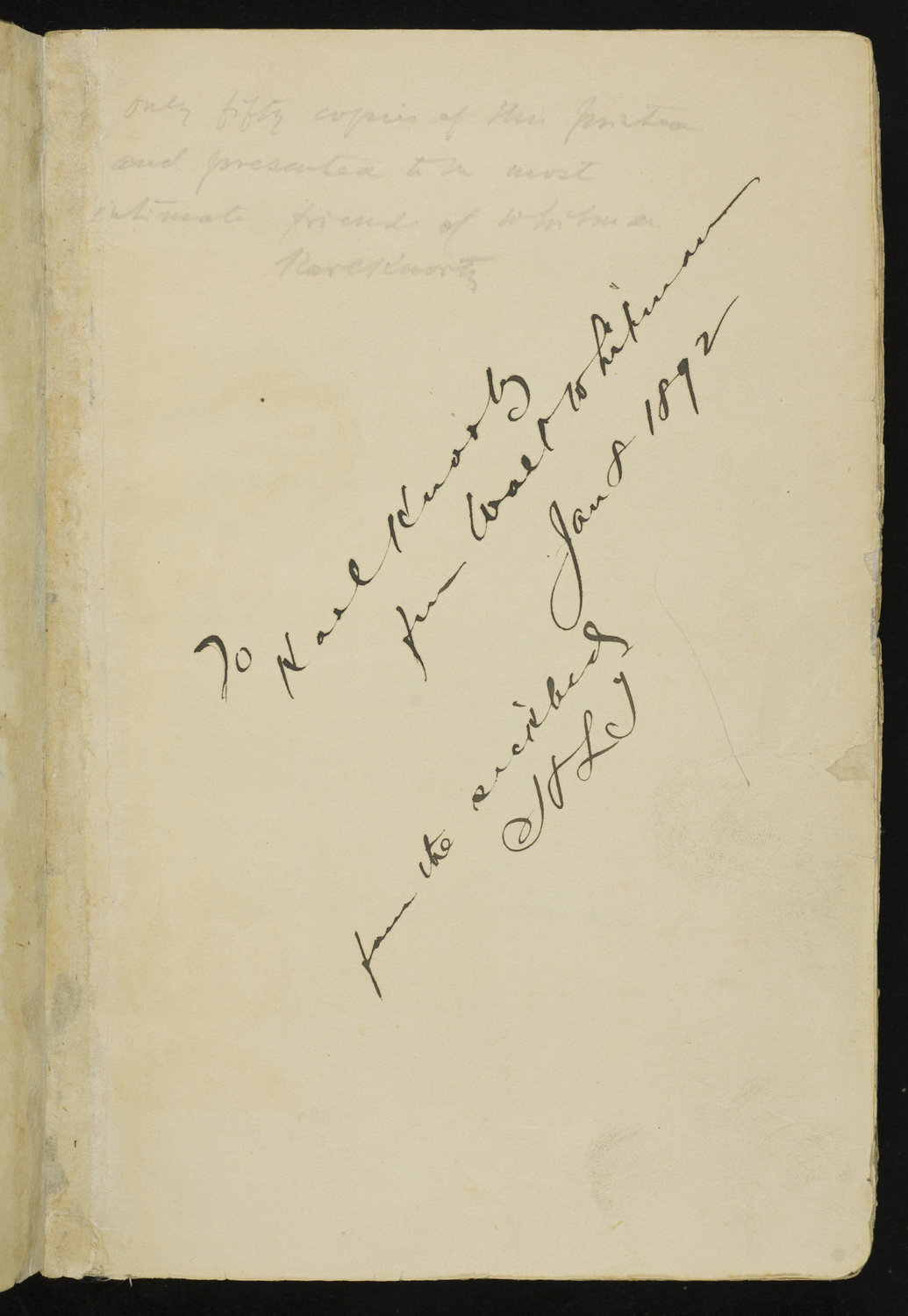 This is the front flyleaf of Whitman’s “deathbed edition” in the gray paper wrappers Whitman deemed acceptable. It was inscribed by Horace Traubel  ("from Walt Whitman  Jan 8  1892   from the sickbed HLT") to the German writer and literary critic Karl Knortz (1841-1918), who celebrated the gift with a pencil annotation, also on the flyleaf, emphasizing his deep connection with Whitman: “Only fifty copies of this printed and presented to the most intimate friend of Whitman, Karl Knortz.” At Whitman’s death, fifteen copies of this edition were still  among his belongings; according to Myerson, thirty-three have survived.

Knortz was an interesting figure, a nineteenth-century literary paparazzo, who had emigrated to the United States in 1863 and dabbled in a variety of professions, which included a stint as superintendent of schools in Indianapolis.  ''Professor" Knortz acquired a reputation for being found in the orbit of elderly American writers, whose confidence in him sometimes proved to be misplaced, as the mean-spirited preface to the Knortzian translation of Longfellow's Song of Hiawatha revealed, in which he accused the poet of having faked his Indian words.  Traubel didn't trust him:  "I asked W. what Knortz was:  had he a profession?"  Whitman wasn't sure: "I think he makes his living by hacking for the newspapers" (Traubel 4: 133),