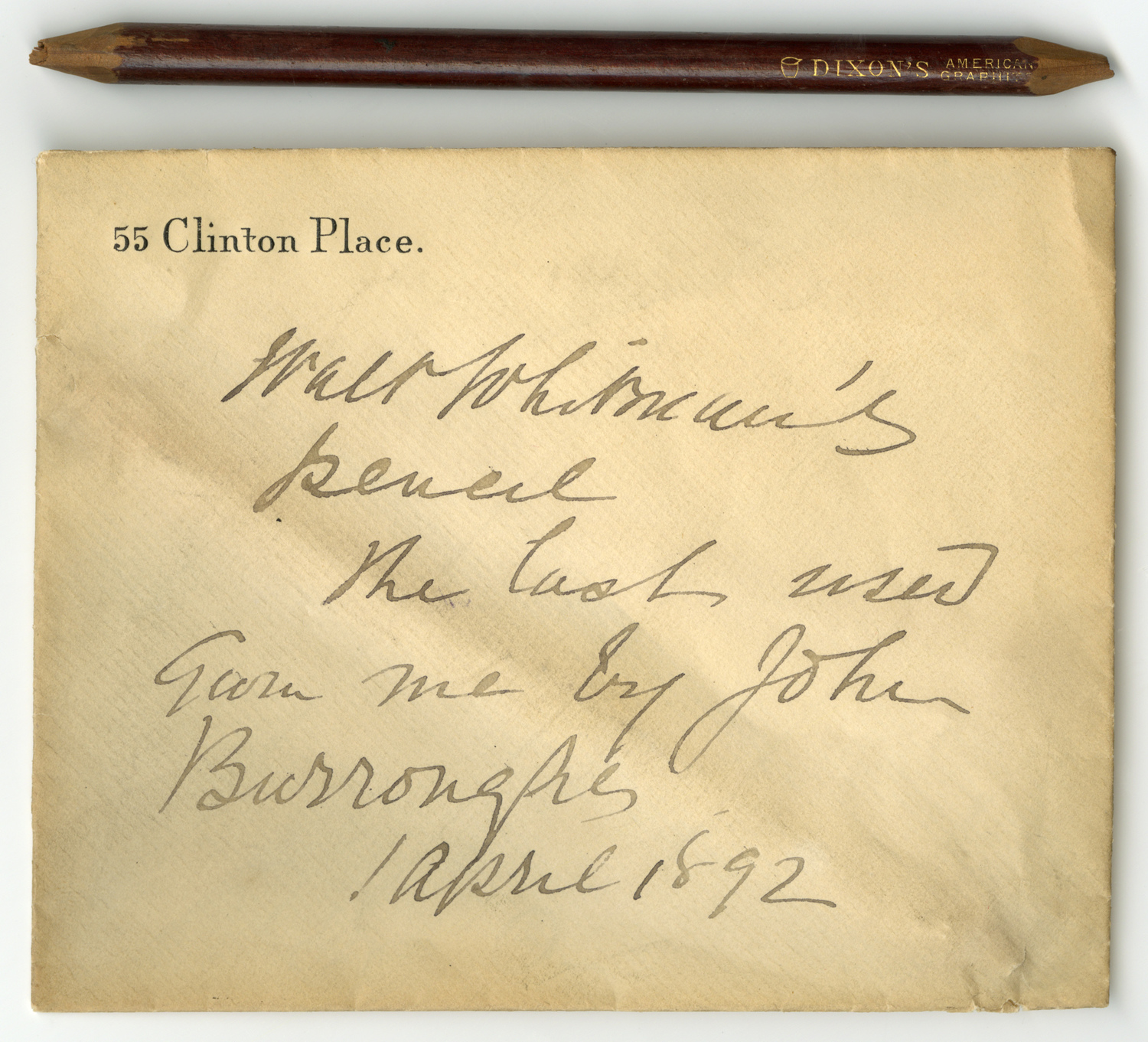 Allegedly the last pencil Whitman used, given to the poet and editor Richard Watson Gilder by Whitman admirer John Burroughs, according to the inscription on the envelope included with the pencil. The address (55 Clinton Place in Manhattan, now 13 E. 8th Street, in the Washington Square neighborhood) and the handwriting are that of Gilder himself.  Gilder had succeeded J. G. Holland as the editor of Scribner’s Monthly, renamed The Century in 1891. According to the note, Gilder received the pencil in Aril 1892, right after Whitman’s death in Camden on March 26.   Pencils—blue, black, and purple—play an important role in Whitman’s conversations with Traubel. Traubel frequently found Whitman sitting with a writing pad in his lap, “pencil in hand” (18 December 1888, Traubel 3: 322). Whitman believed that one should draft “with pencil generally” (Traubel 3: 255), which to him was a matter not just of convenience:  “I do a great deal of writing with the pencil—it comes easy, natural” (Traubel 8: 408). 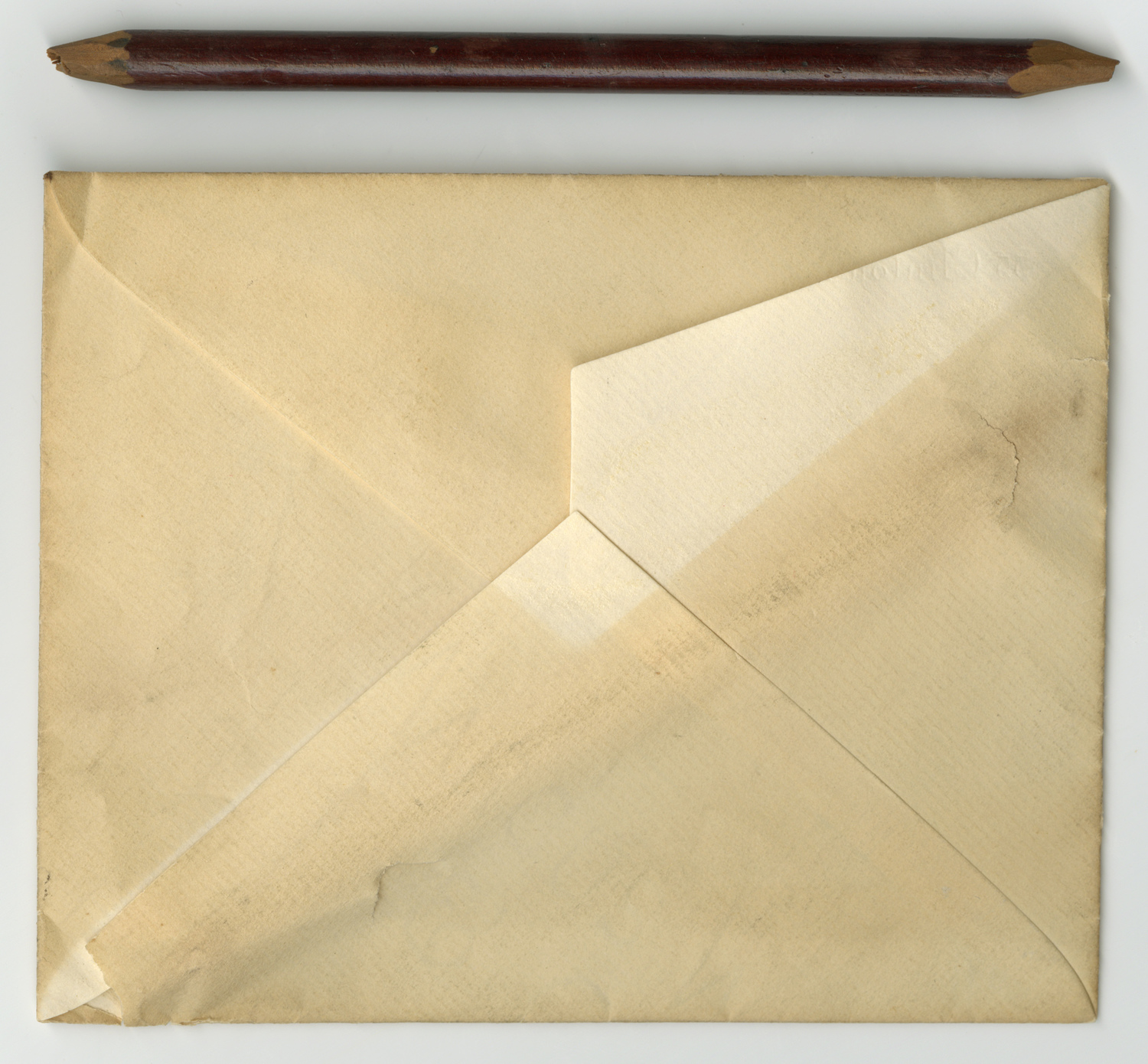 In “Song of the Broad-Axe,” included in the 1856 edition Leaves of Grass, Whitman celebrated the pencil as one of the “fluid utterances” of the forest, hewn from trees felled by “leaping” axe.  That said, Whitman constantly worried about the quality of pencils available to him, complaining to Traubel on 16 September 1891:  “Some fellow in the first place makes an honest pencil—then another thinks, if I put in a little fraud—a little gray matter, costing nothing—I can sell it for so and so—cheaper—undersell.  So forever after maker number one goes out of the business of making pencils” (Traubel 8:  517).  Even in his final months, he would openly covet the pencils Traubel used  (“Why don’t you get me a pencil like that?” Traubel 9: 26).

Whitman’s last pencil (not quite an "honest" one, by his own definition) was made by Dixon’s American Graphite Company (now the Dixon Ticonderoga Company), the leading manufacturer of pencils since the 1870s, who had driven many a competitor out of business. The founder of the company, Joseph Dixon, had introduced the first wood and graphite pencil in the United States.  For Whitman, the pencil was a multi-purpose tool. Traubel reports seeing Whitman using one to stir an interesting mixture of “sang” (ginseng) and porter, which Whitman then offered, as a “loving cup,” to his visitors: “Mixed the drink with a pencil—tasted it twice right out of the jug” (Traubel 9: 106).  It is not clear if the present specimen was similarly employed; what seems noteworthy is that Whitman, who was not known for handling his possessions gently, used both ends of the pencil.