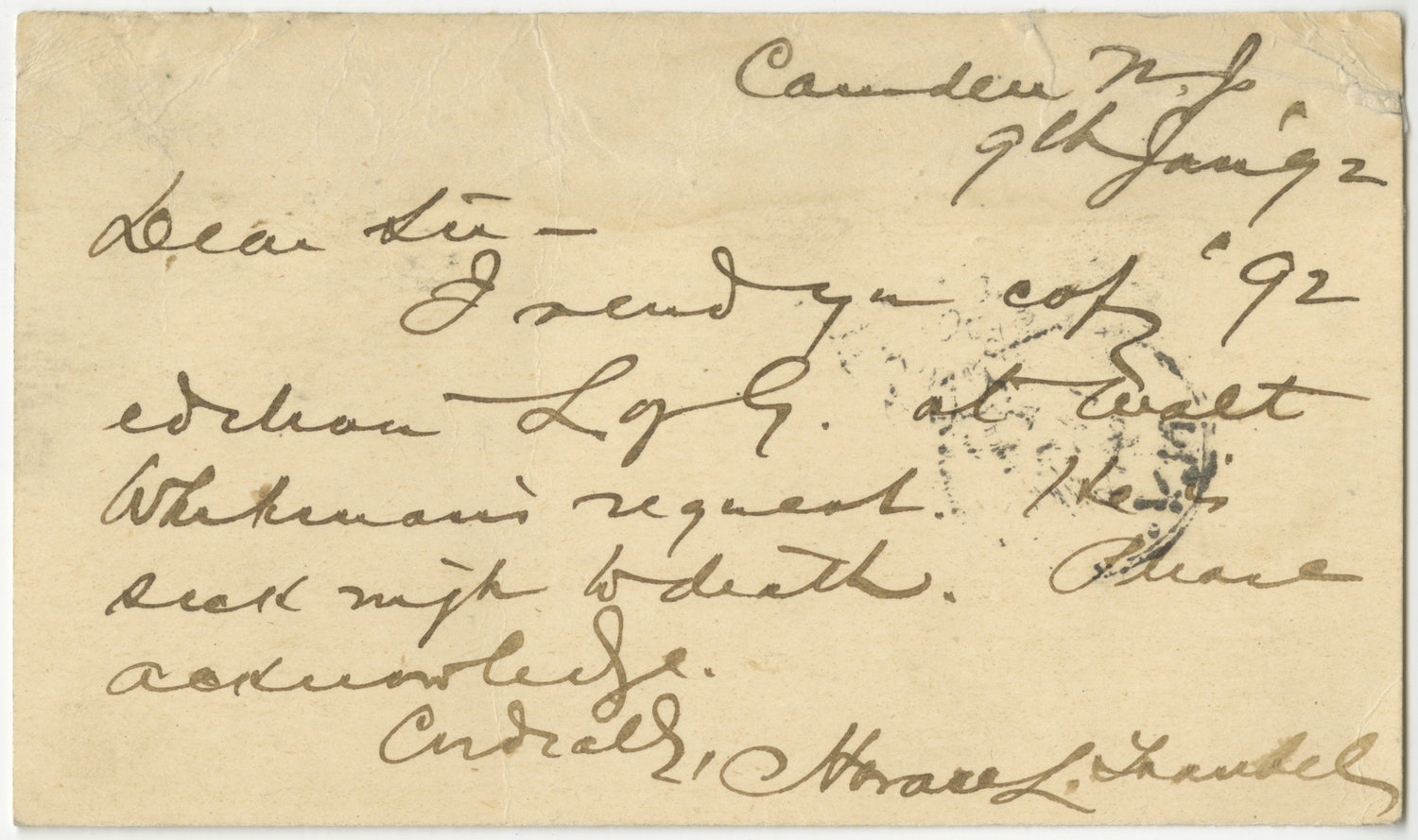 A hurriedly written postcard to the ubiquitous Knortz, in which Traubel announces the imminent arrival of the death-bed edition:  “Dear Sir—I send you copy ’92 edition of  L o G at Walt Whitman’s request.   He’s sick nigh to death.  Please acknowledge. Cordially, Horace L. Traubel.”  Knortz indeed responded, on 12 January 1892, expressing his relief that “W. has not forgotten me” and promising the appearance of his new translation of Leaves of Grass “within a month or so”  (Traubel 9, 331).  Knortz had assisted in the making of T. W. Rolleston’s 1889 German translation of Grashalme, but there is no evidence that he ever produced a volume of his own. Whitman died on 26 March 1892. 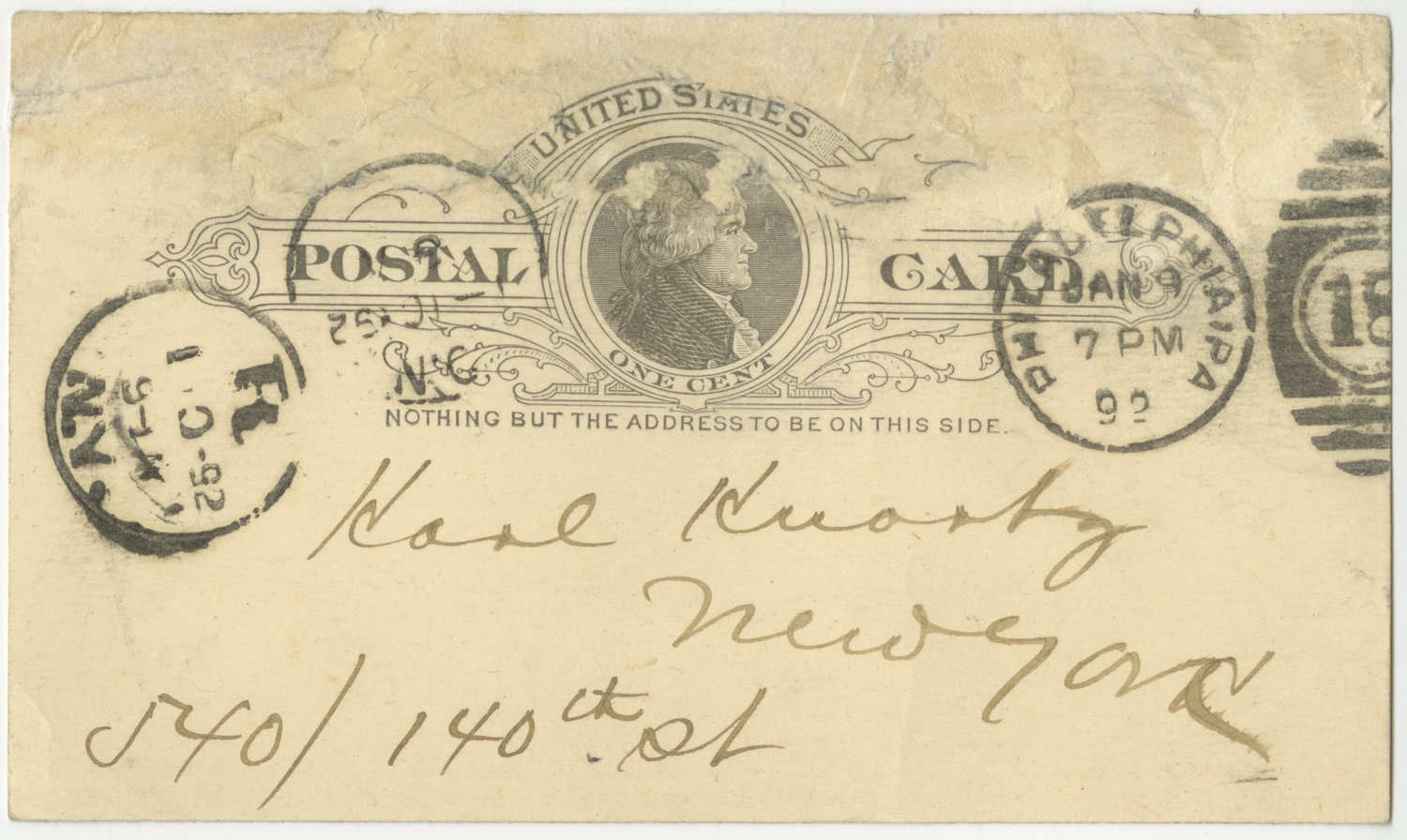