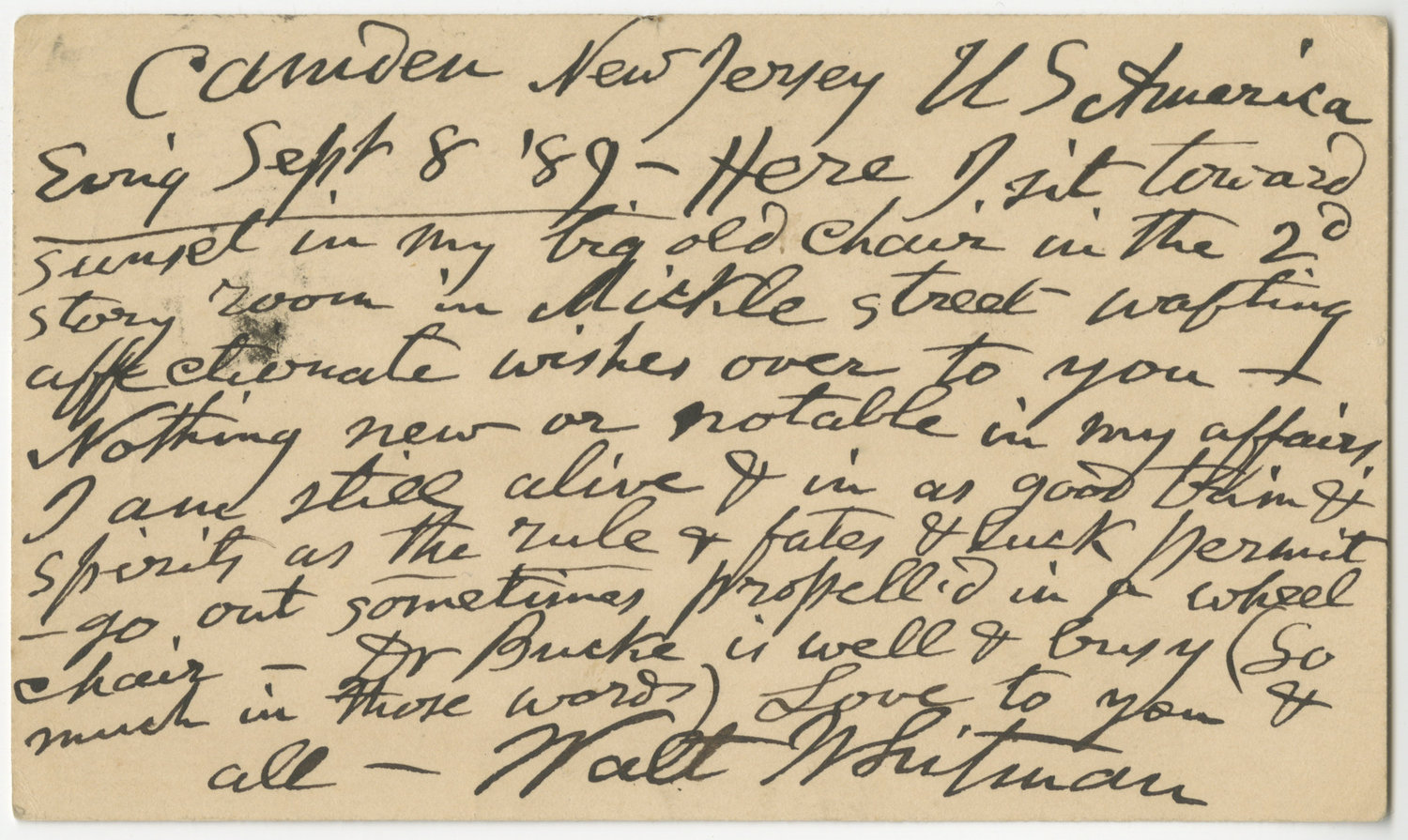 The postcard, sent to Whitman’s friend Smith in Haslemere, Surrey, England, gives a glimpse into Whitman’s life in his house on Mickle Street at age 70:  “Here I sit toward sunset in my big old chair in the 2d story room in Mickle street—wafting affectionate wishes over to you—Nothing new or notable in my affairs.  I am still alive & in as good trim & spirits as the rule & fates & luck permit—go out sometimes propell’d in a wheel chair—Dr. Bucke is well & busy (So much in those words)  Love to you & all—Walt Whitman.” 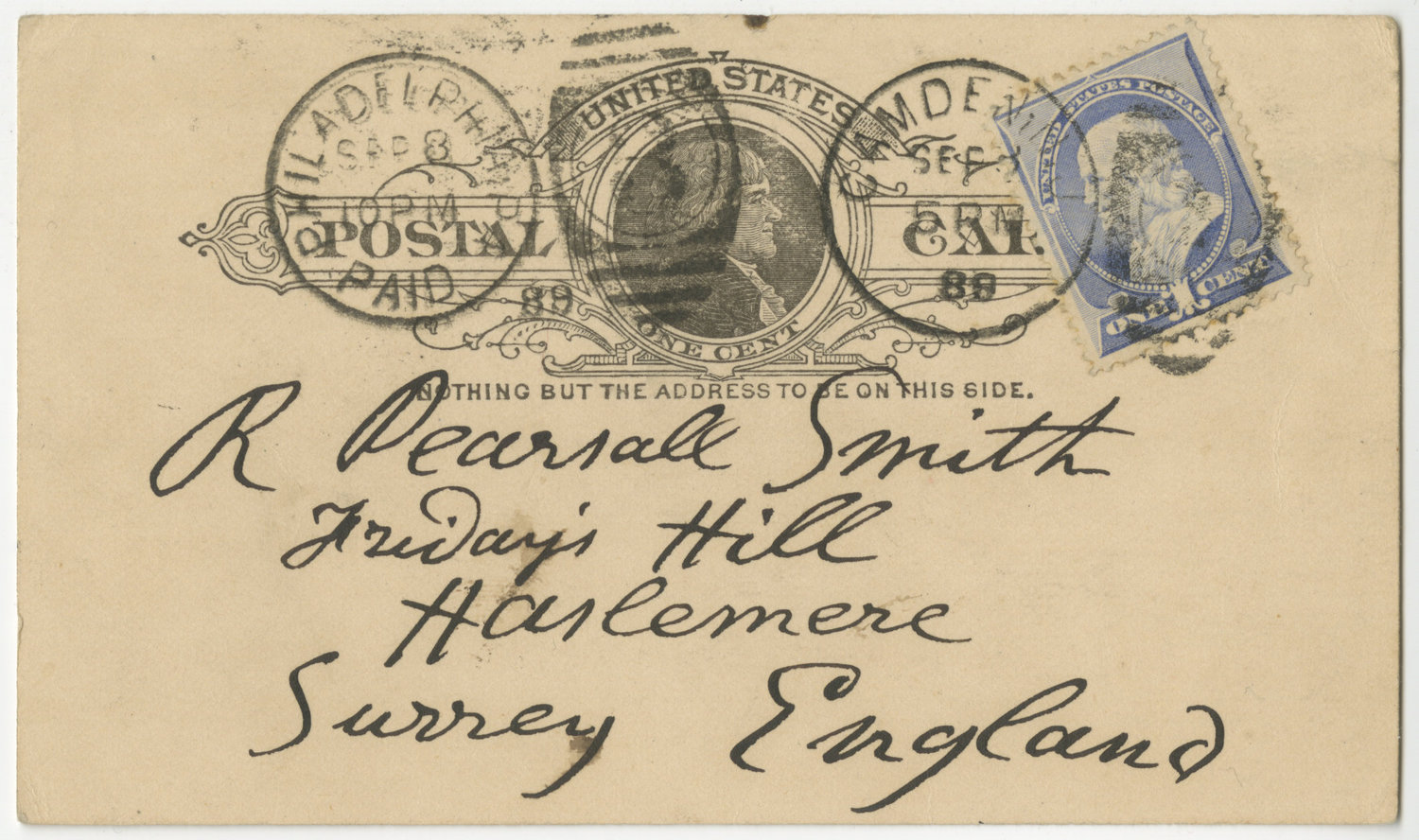 Smith (1827-1899), a glass manufacturer from Philadelphia, had been a leader in the Methodism-inspired Holiness movement in the United States till (unproven) allegations of sexual impropriety forced him to retire from public work.  Smith and his family had moved to England in 1888; his daughters would marry art historian Bernard Berenson and philosopher Bertrand Russell, respectively. “Dr. Bucke" was Richard Maurice Bucke (1827-1902), superintendent of the Insane Asylum in London, Ontario, and one of Whitman's most dedicated admirers, writing his biography (published in 1883), transforming himself outwardly, bushy beard and all, into a Whitman lookalike, and merrily anticipating the advent of a universal mystical experience he termed "cosmic consciousness."