III. Out From Behind This Mask 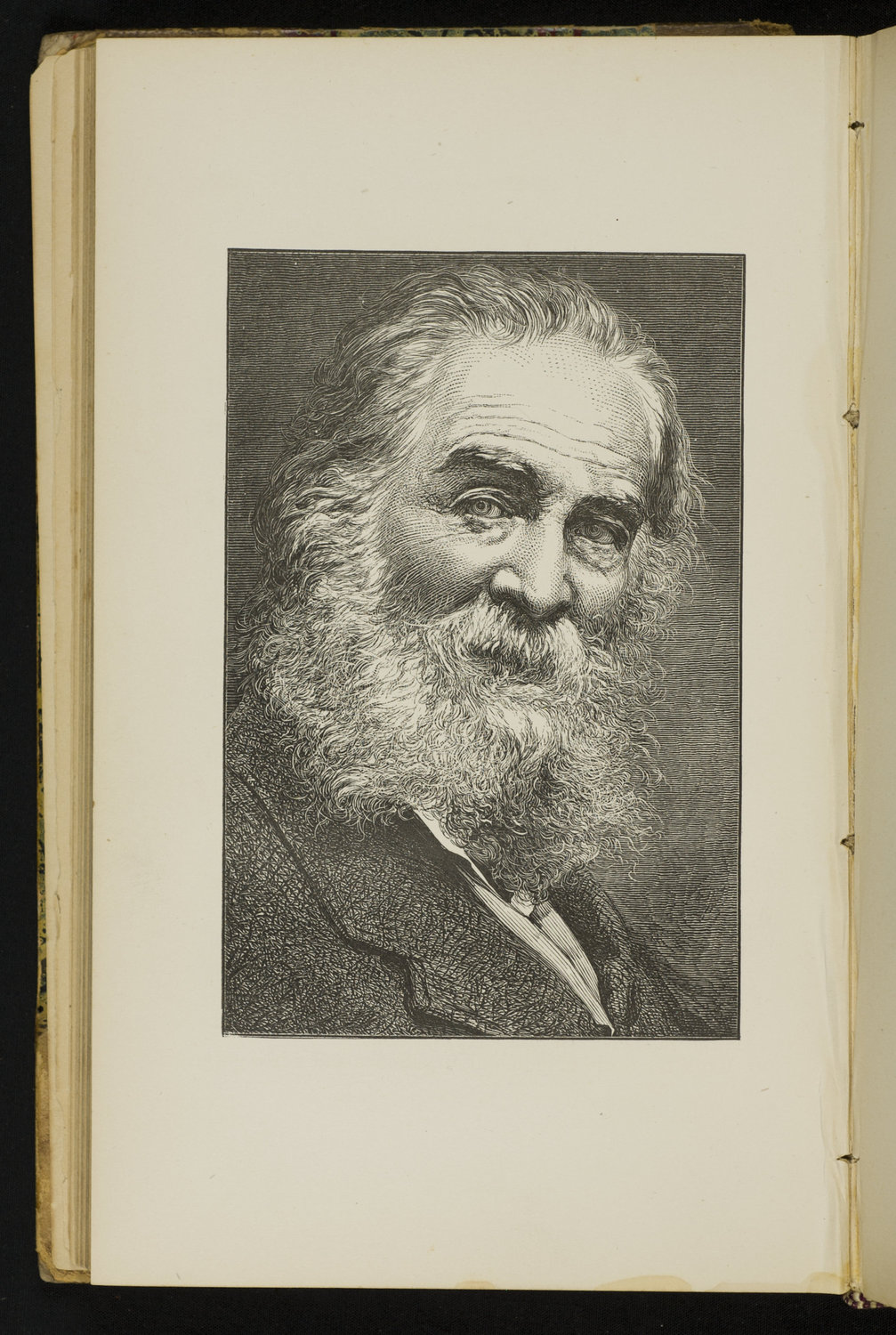 The post-war years marked Walt Whitman’s ascent to popularity and respectability of sorts, the result largely of his own tireless efforts at self-promotion and those of a growing circle of devoted friends and disciples.   A stroke in 1873, the same year his beloved mother dies, ended his government service and required him to move in with his brother George in Camden, NJ.  He was still his own publisher, selling and mailing his books, freshly autographed, from his new perch in Camden.  His Leaves of Grass expanded as Whitman added new sections and reprinted older ones:  stitched together, they affect the reader less by their organic coherence than as a result of the poet’s mythic personality that seems to infuse every word on the page.   After nursing the dying victims of the Civil War, Whitman was now tending to the wounds of the nation. 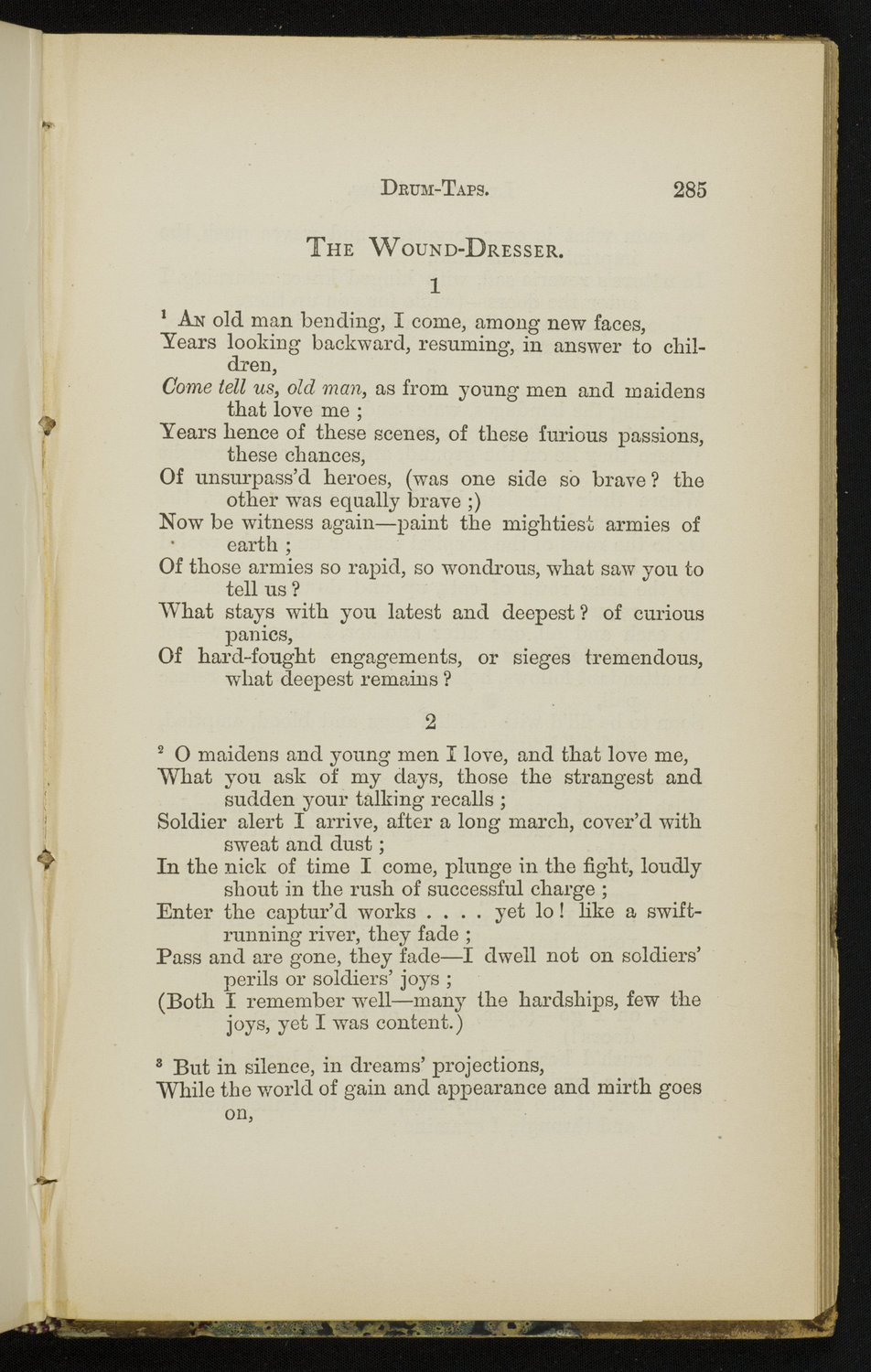 Shown here is J. K. Lilly's copy of what Myerson (pp. 69-72) deems the third printing of the fifth edition, second American issue, of Leaves of Grass.  Whitman had intended this edition as the first part of a “Centennial Edition,” meant to celebrate the nation’s birthday.  Facing page 285 appears, on a leaf of coated paper, the engraving by W. J. Linton made after an 1871 photograph by G. C. Potter.  The engraving, showing  a troubled Whitman, his massive head  bent and face framed by a plethora of hair, notably a luxurious beard that seems about to go out of control.  Appropriately for a Centennial edition, the Whitman featured here is both friend and prophet; the placement of the portrait across from “The Wound-Dresser” was deliberate.   Whitman was selling this edition ofLeaves, along with Rivulets, as a 2 volume set of Complete Works for $10, a relatively steep price.  The volumes were printed locally, at the print shop of the Camden New Republic.

← The Soldier's Hymn-Book
Two Rivulets →
III. Out From Behind This Mask