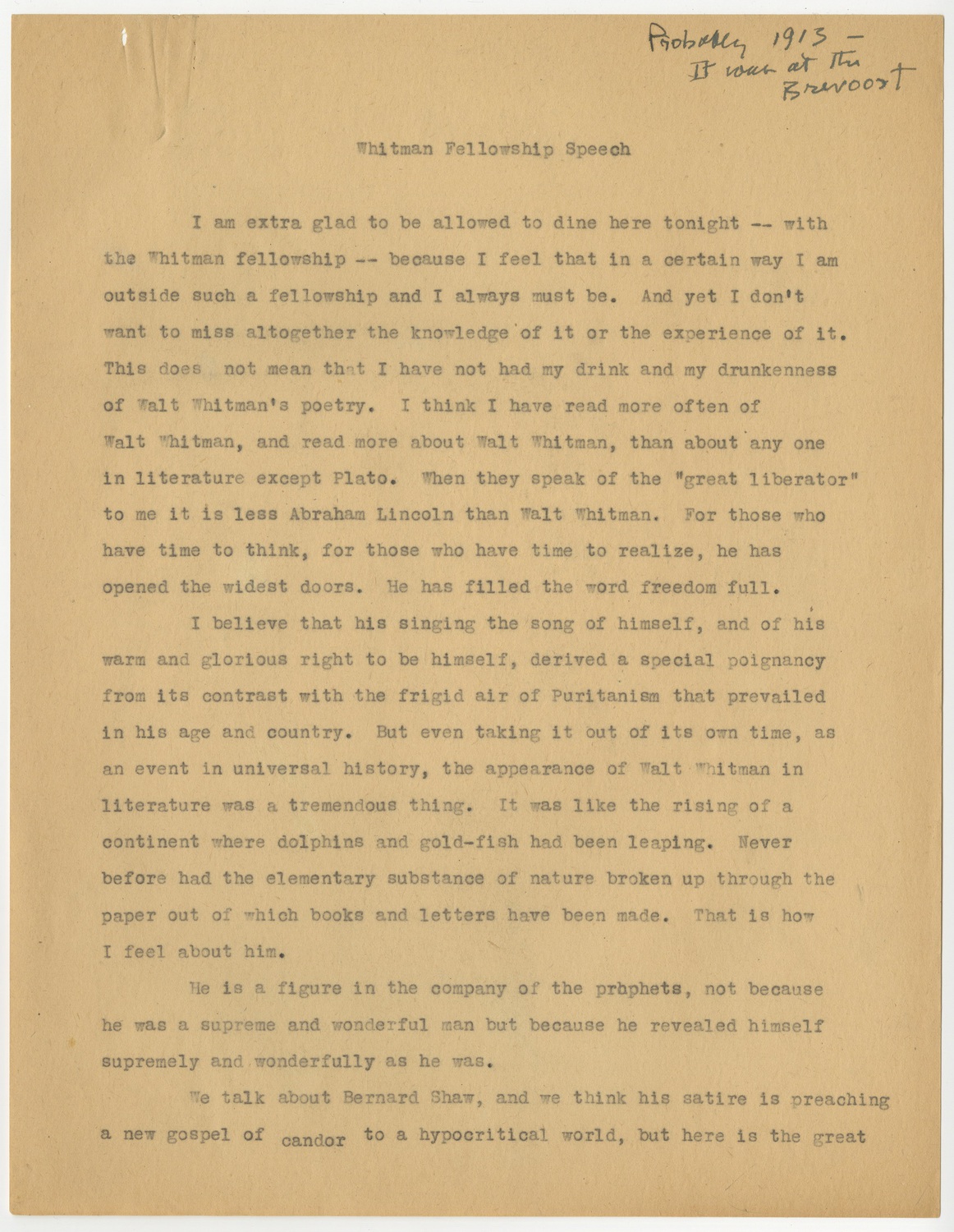 Five-page typescript, undated with holograph additions and corrections.  Displayed are pages 1 and 4.  Years later, critic and poet Max Eastman (1883-1969) noted, at the top of the first page, that he had “probably” given that speech to the Whitman Fellowship at the Brevoort, one of New York City’s oldest hotels,  located on Fifth Avenue, between East 8th and 9th Streets (it has since been razed).  The Brevoort had in fact been Traubel’s preferred location for his annual birthday parties.

In Eastman’s papers, the typescript is followed by a three-page chronology (with a curious emphasis on Whitman’s “laziness” observed by his editors), and a brief outline (“dodges socialism”; “sentimental optimism”; “Nursing instead of fighting”) in which Eastman highlights what he calls Whitman’s  “unchurchly religiousness” (the latter word he subsequently crossed out), which he thinks still amounts to  giving the “high sign to Jesus.”  The file also contains a few notes in Eastman’s hand from a conversation about Whitman he enjoyed. 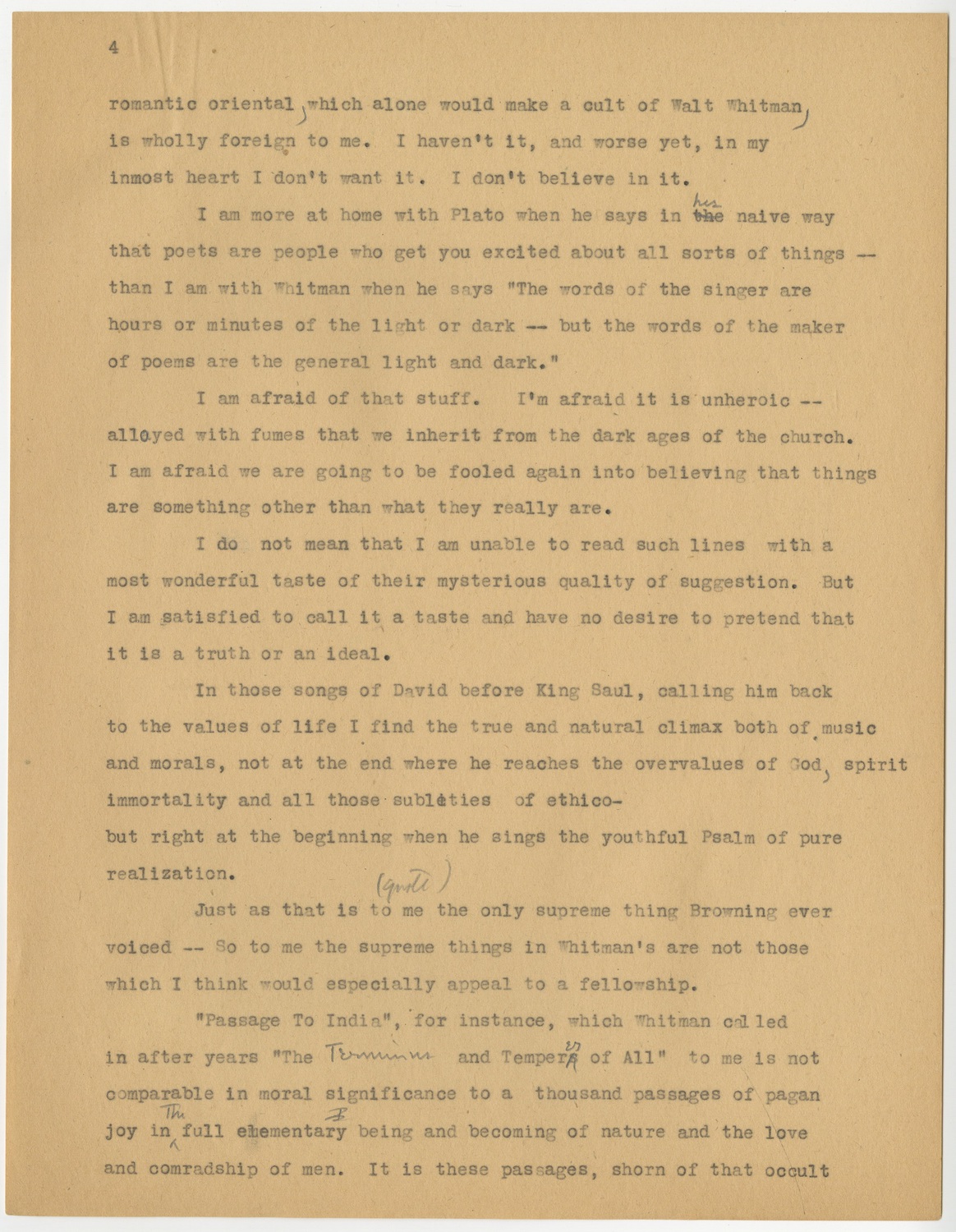 In his speech to the Whitman Fellowship, Eastman admits that while he has had “my drink and my drunkenness of Walt Whitman’s poetry,” he is destined to be “outside such a fellowship and I always must be.”  The reason?  “It is because …  I haven’t any soul.”   Not for Eastman all that “wonder-giving shadowy rainbow glory of mysticism, the sense of the unseen, of the over, the under, the behind reality, which sanctifies it and renders it more hallow than of itself it is.”  All this combined makes, he says, “a cult of Walt Whitman rather foreign to me.”  Clearly fascinated by Whitman, the lifelong atheist Eastman finds him nevertheless “alloyed with fumes that we inherit from the dark ages of the church.”