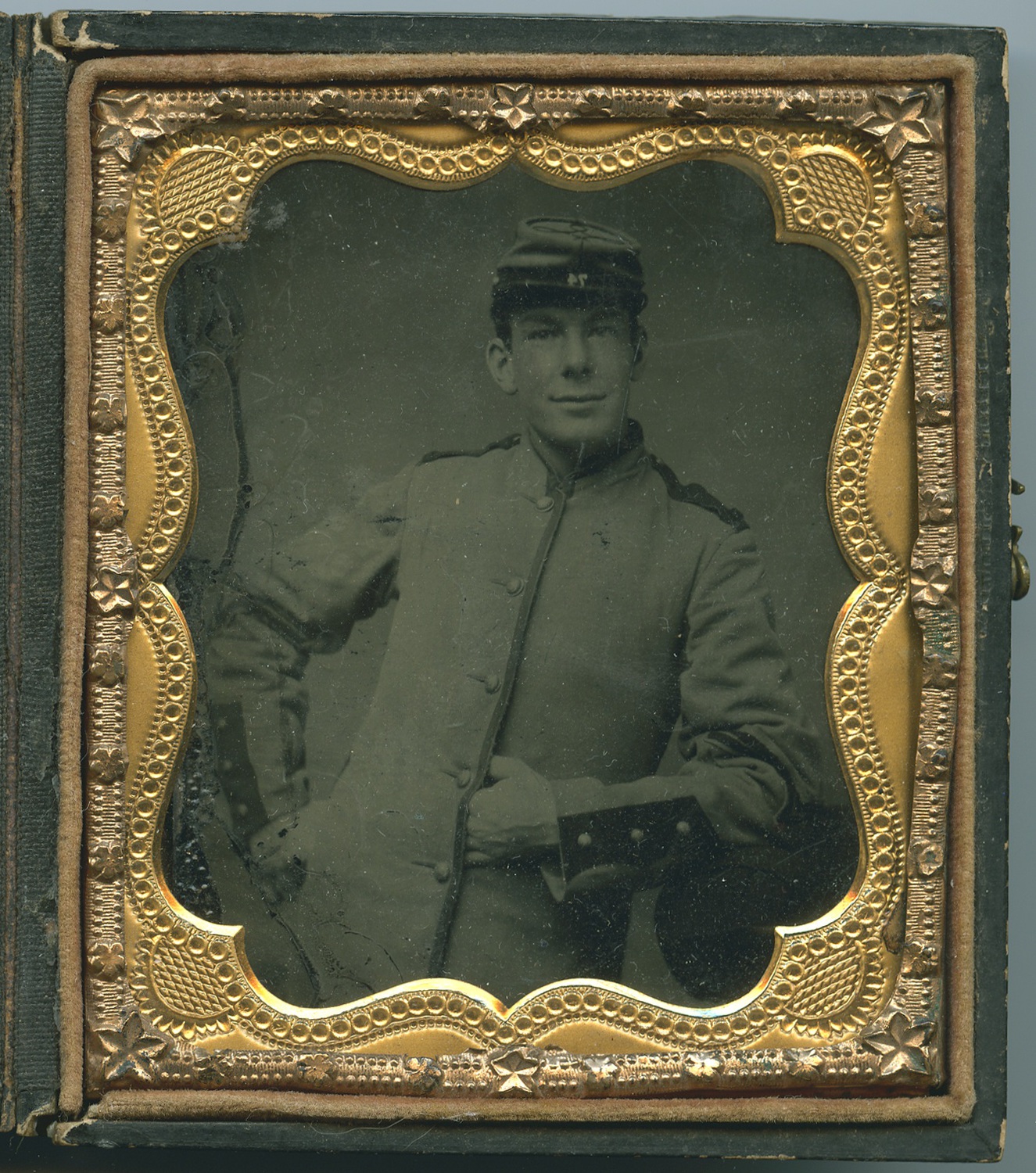 Bathed in war's perfume—delicate flag!
O to hear you call the sailors and the soldiers!  flag like
a beautiful woman

In the 1855 Leaves of Grass, Whitman had presented himself as a poet both of the North and South, a spokesman for all of America.  The increasing signs of disunion he countered with a stepped-up rhetoric of inclusion that led to the addition of several new important cycles of poems for the third edition of Leaves, among them “Calamus,” his tribute to the “love of comrades,” seen by some as the first public statement of the poet’s homosexuality.  When the war finally came, it was this “love of comrades” that sustained Whitman and allowed him to still envision a future for “these United States” (he always preferred the plural).

Unlike some of his fellow writers—notably the pacifist Longfellow—Whitman saw the Civil War as an opportunity to “let bullets and slugs whizz” in his poetry, too (“Song of the Banner at Daybreak”).   But while his brother George served with distinction in the Army of the Potomac, surviving injury and imprisonment and rising to the rank of captain, the 42-year-old Walt remained mostly in Washington, working part-time in the Army Paymaster’s office in DC and, after hours, holding the hands of the wounded in hospitals.  Whitman might have exaggerated the extent of his nursing activities (he never literally dressed any wounds), but he played in the crucial role in the lives of many soldiers.   His own erotic inclinations made him gravitate toward young men, but there’s no doubt also that his nursing was the result of what he himself later described, in Specimen Days, as a “call” he had received—one that he, because of his Quaker heritage and because he was so “strong and well” then, couldn’t very well resist.

As Whitman saw it, it was the ordinary soldiers, “sinewy with resolution,” who had paid with their blood for the future of the republic: “Probably no future age can know, but I well know how the gist of this fiercest and most resolute of the world’s warlike contentions resided exclusively in the unknown rank and file; and how the brunt of its labor of death has, to all essential purposes, volunteered ….. America we have seen, though in her early youth, already  to the hospital brought” (Democratic Vistas, 1871).  More so than his contemporary Melville’s war poetry, Whitman’s poems spoke of the lives and deaths of those otherwise forgotten.   Two of these—Private Withrow and James Buck, Esq.—are commemorated in the exhibit by the little books they owned.