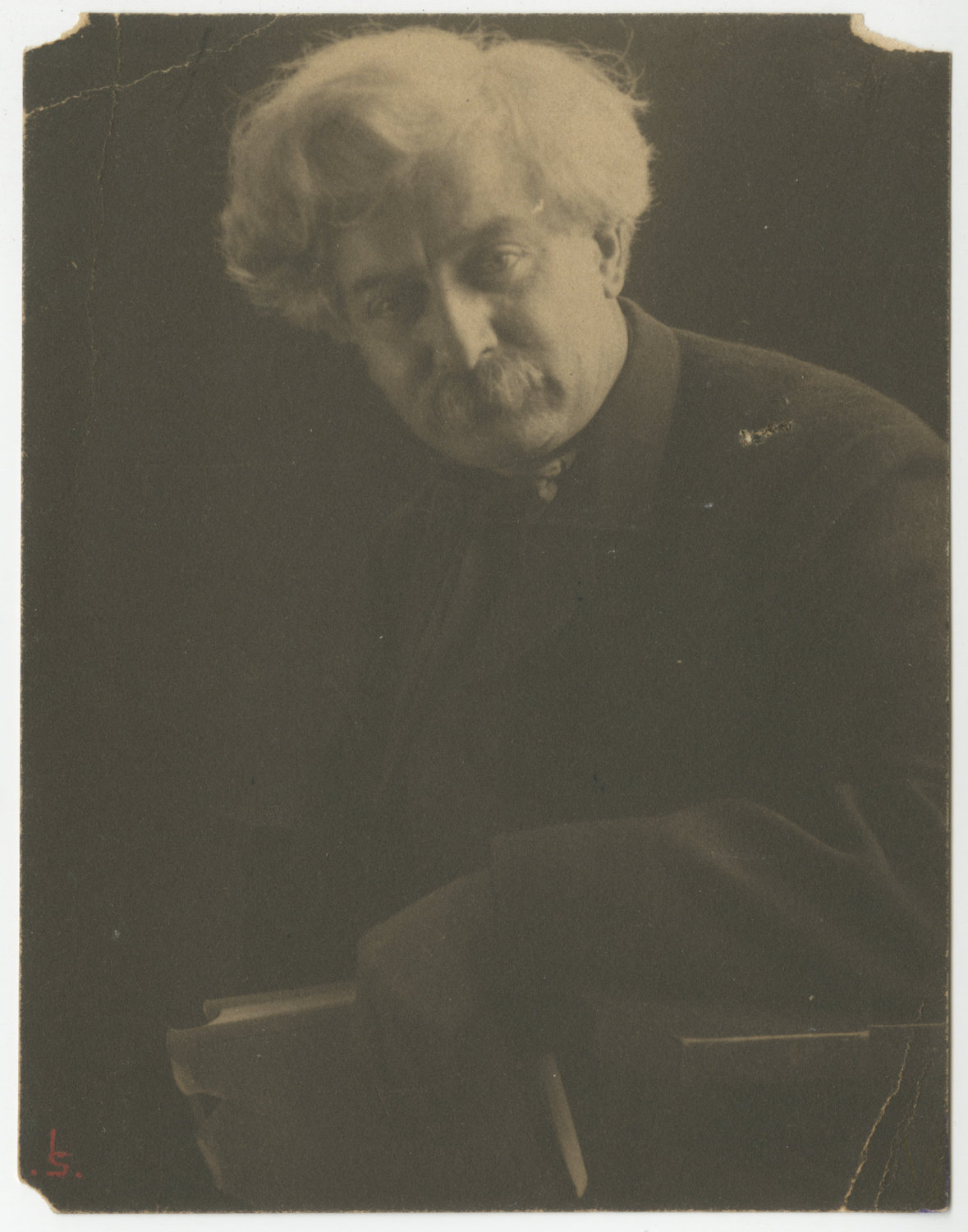 For Whitman's 70th birthday and the first of thirty annual birthday celebrations the ever-devoted Traubel (here shown in an undated photograph in a characteristic pose, his head slightly tilted to the right) had solicited greetings from any writer he thought might say something favorable about Walt, and so we find collected here John G. Whittier, William Dean Howells, Mark Twain, and William Morris (“I look upon him as one of those men who may be called the material for poetry; men without whom poetry would degenerate into a mere literary trick, insincere and empty, value-less to all who set a true value on life,” p. 51).  The seventy-nine year-old Tennyson let his son Hallam convey greetings for him.  Writing from Farringford, Freshwater, Isle of Wight on June 22, 1889, Hallam reported:  “My father has been yachting in the Sunbeam…. he is not up to writing” (p. 49). 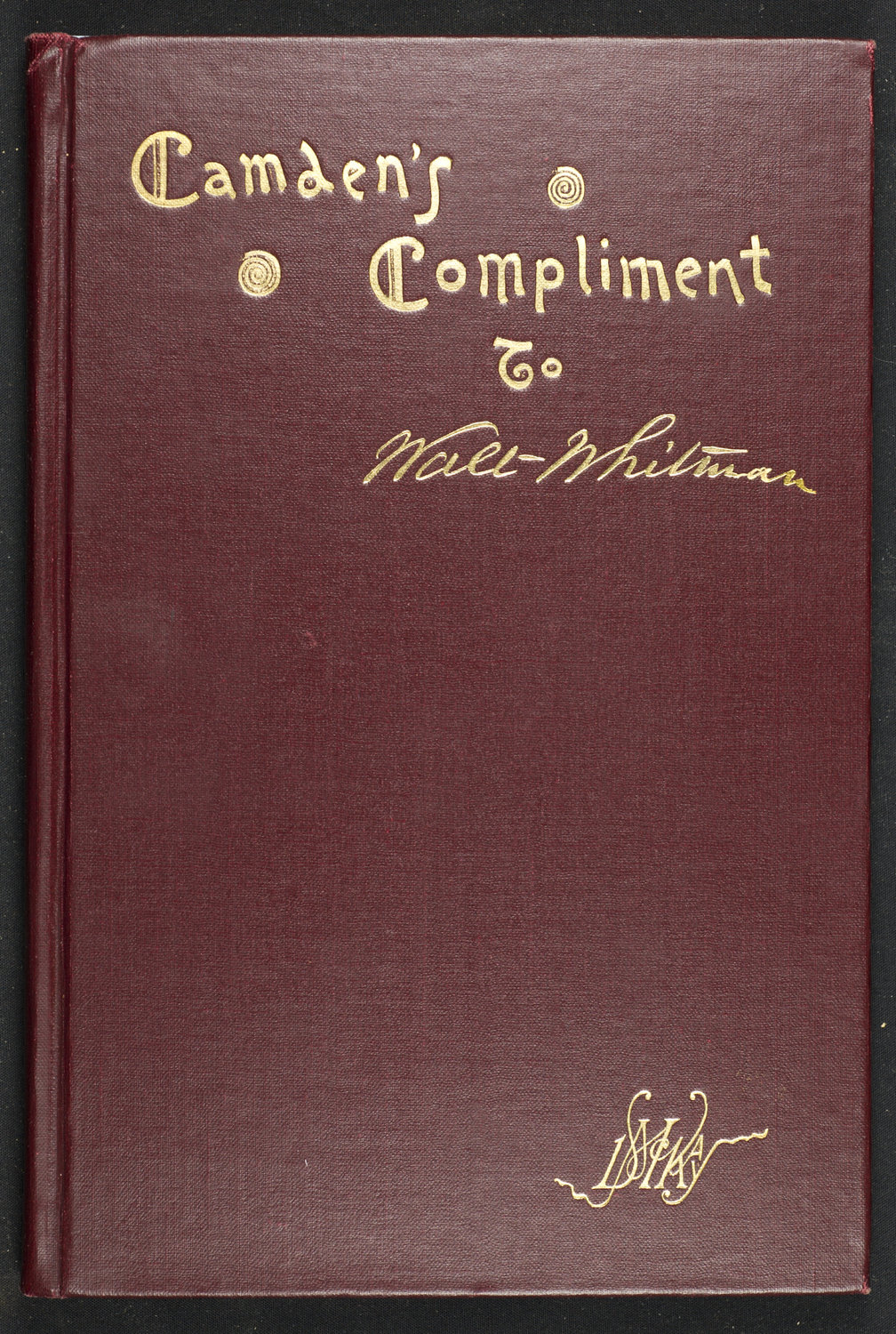 The Camden birthday gathering was an all-male event requiring evening-wear, a practice abandoned in future events. Whitman was too frail to attend the dinner but came later, in his wheelchair.  He did take an enthusiastic interest, however, in what he called "Horace's book,"the volume of collected birthday tributes, making numerous suggestions about the format, the paper to be used, and even the wording of some of the speeches (see Hawley).  This copy of the  collected birthday tributes formerly belonged to Twain bibliographer Merle DeVore Johnson (1874-1935), who compared Twain and Whitman on the front pastedown:  “Both Mark and Walt singers of Democracy—but Walt content to sing and Mark aching to be a doer as well as a singer."