I. How Walter Became Walt 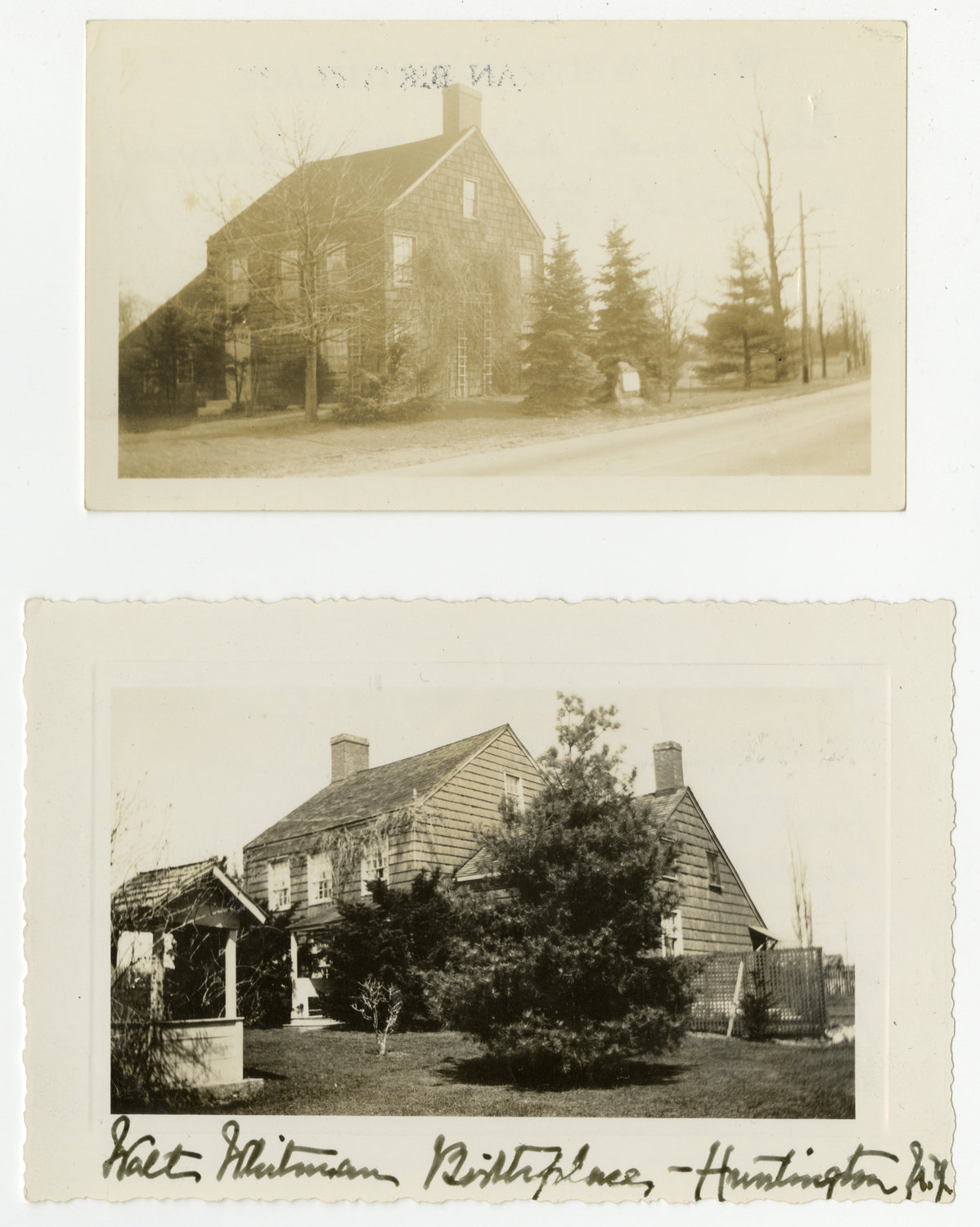 Whitman’s birthplace in Huntington, Long Island. From the Max Eastman Mss.,  with autograph notes recte and verso on the larger one and verso only on the smaller one.  Unknown Photographer(s).

Oh, Walter, Walter.… What have you done with yourself?
D. H. Lawrence, “Whitman”

Walter Whitman, born on 31 May 1819 in West Hills near Huntington, Long Island, had learned the printer’s trade at the tender age of twelve and worked as a journeyman-printer in Manhattan until fire ravaged the printing businesses in 1836.  Several intense years of teaching school followed, spent in a series of stuffy classrooms on Long Island, among “clowns and country bumpkins… coarse brown-faced girls, dirty, ill-favored young brats, with squalling throats and crude manners” (Correspondence 7:2).  Exasperated, Whitman fled to New York City in 1841, where he found work as a compositor for Park Benjamin’s New World.   “You are just one limited Walter,” D. H. Lawrence said later, ungenerously, in the Whitman chapter of his Studies in Classic American Literature (1923).  But this is precisely who had Whitman had worked not to be—a man limited by conventional expectations as to what it means to be a man, a writer, and a citizen.  Walter Whitman was tired of Walter—enter Walt. 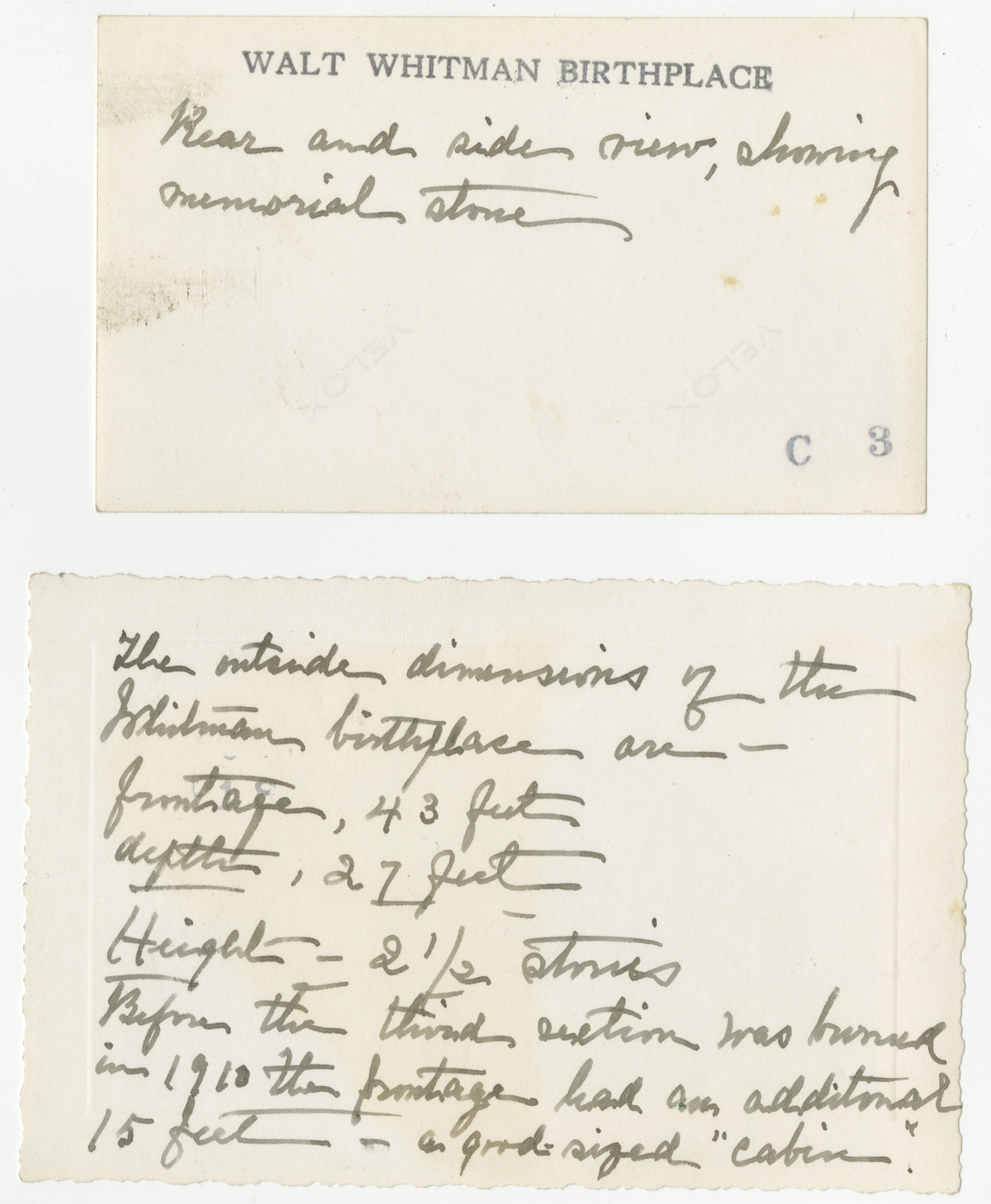 Eastman's notes on the verso of the two photographs.  Max Eastman Mss.

Shown here are two photographs from the papers of writer, poet, and political activist Max Eastman (1883-1969), who maintained a skeptical interest in Whitman all his life.  At least the first photograph seems to have been commercially available and carries the stamp "Walt Whitman's Birthplace" on the reverse.  Eastman takes care to note the “outside dimensions of the Whitman birthplace ...—frontage, 43 feet   depth, 27 feet  height--2  ½ stories” and point out that before a fire in 1910 the house had an additional 15 feet in front—which made it, thinks Eastman, “a good-sized ‘cabin.’”

Franklin Evans or The Inebriate, 1842 →
I. How Walter Became Walt