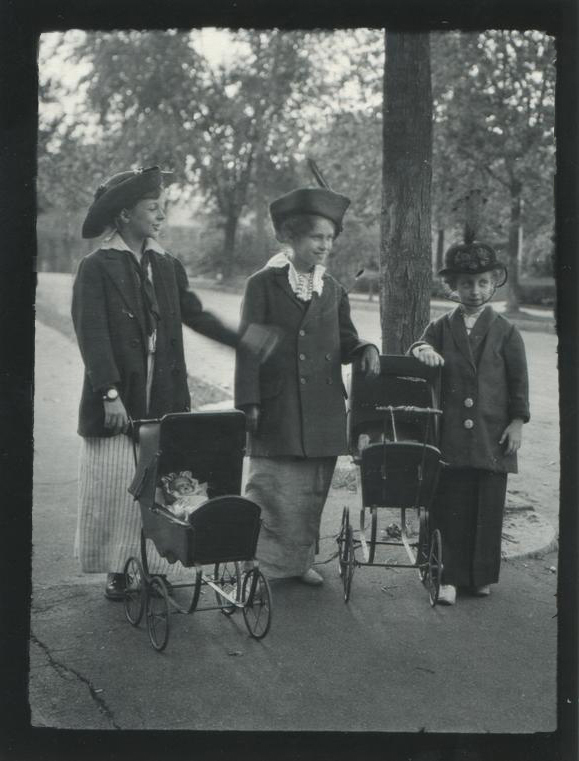 Bradley’s diary entries about relationships are more general than specific, and we can only speculate about potential lovers, as any evidence is very slim.  “Theoretically,” Bradley wrote in 1932, “I believe in free love” (17 April 1932).  In her final entry in 1933, she wrote of “the loss of [her] virginity,” saying that it had “given [her] something of the calm [she] thought it would.”  She expressed a desire to marry, though she had “never believed in marriage” (26 or 27 June 1931), and she longed to have children: “Tonight I am aching from head to foot . . . for a baby.  I want to give, to create” (21 August 1930).

Despite Bradley’s longing for marriage and children, she was “terribly afraid . . . that no man [would] ever love [her]” (24 July 1931).  She had a crush on Robert Hillyer: “It seems foolish to call him ‘Mr’ here.  I am not exactly in love with him — but . . . I seem to understand him so well” (11 December 1931).  And she wrote of living for two months in a boarding house in Charleston “with a man who was trying to seduce [her] (utterly without success . . .)” (9 May 1931).  Her hyperhidrosis, however, which caused her palms to sweat excessively, made it “unendurably humiliating to shake hands, play cards, or even to sit still,” and ultimately kept her from pursuing relationships with men (14 May 1931).  She claimed to have “no man friends” and seemed to be much more comfortable around women (23 June 1931). 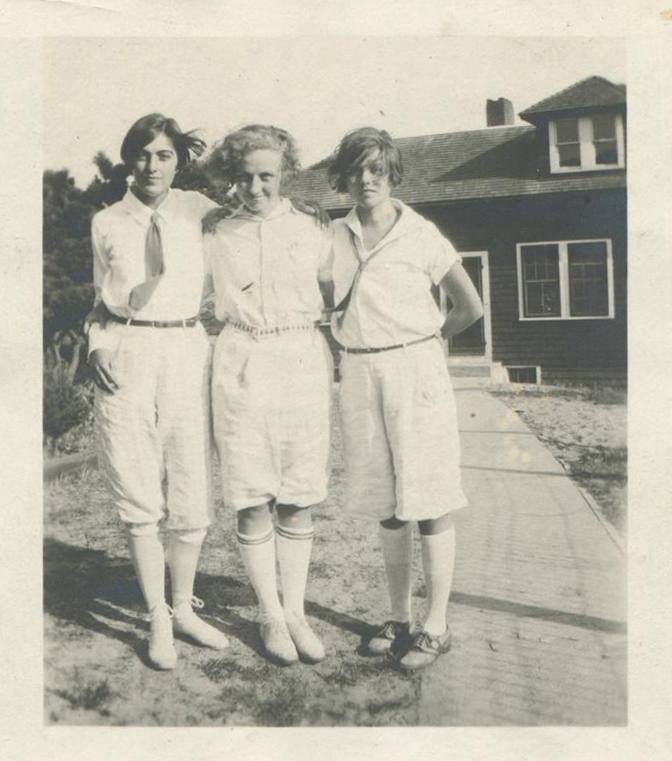 Some of Bradley’s first strong friendships with women developed at the girls’ camp she attended on Cape Cod.  Many of the campers at Camp Chequesset went by male nicknames—her friends included Benny, Luke, Mike, and Pete—and seemed to revel in androgyny.  Bradley’s closest camp friend, of course, was poet Elizabeth Bishop.  Bishop had several lesbian relationships later in life, and Bradley may have been her first crush.  In her letters to Bradley, she often mentioned having a photograph of Bradley next to her bed, and she wrote, “I love you so much that my throat aches when I think of it” (16 November 1926).  Bradley wrote her final diary entry—which concludes with the intriguing marginal note “sexual awakening”—right after she spent a few days with Bishop at a summer cottage on Cape Cod in 1933.  However, after Bishop graduated from college in 1934 and began traveling, her letters became much more sporadic; she sent Bradley just three letters after 1935—one in 1943, and two in 1950.

Bradley had been the first person Bishop asked to travel with her to the “South Seas,” but Bradley never accepted this invitation; in an undated letter, Bishop wrote, “I’m so deadly serious about those South Seas and I know you aren’t.”  The women who accepted this invitation and had romantic relationships with Bishop, on the other hand, ended up living with her in various tropical locales, including Key West, Mexico, and Brazil.  At the end of their lives, though, Bradley and Bishop lived just seven miles from each other in Massachusetts, and they died two months apart in 1979.  Although Bradley’s feelings toward Bishop may not have been as strong as Bishop’s were toward her, Bradley certainly cherished their friendship, as she saved all of Bishop’s letters.  Ultimately, perhaps due to her struggles with illness, Bradley never had a long-term romantic relationship, and she never had the “three little daughters” she dreamed about (10 December 1931).

← Almost a Genius
A Breathless Sense →
Something of Calm