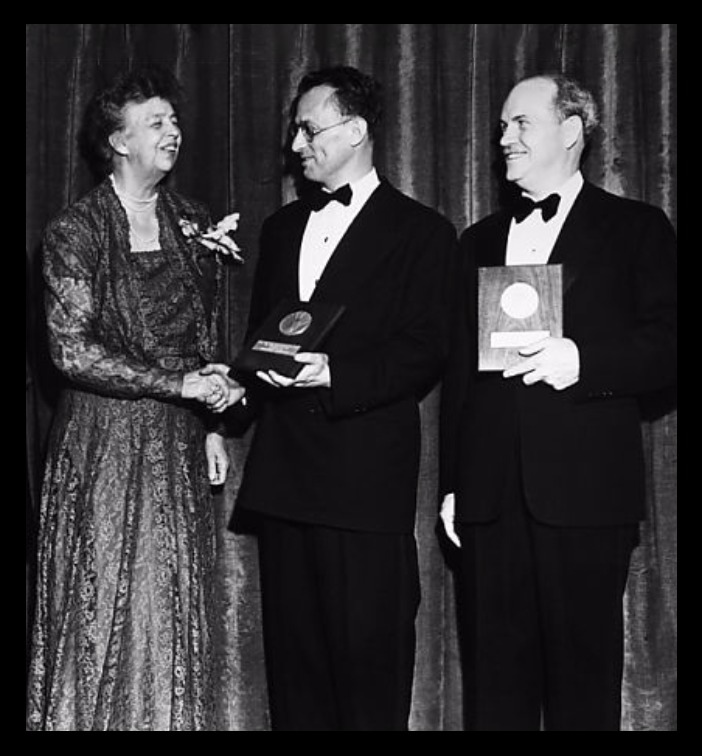 On May 14, 1931, Louise Bradley wrote, “I put career first in all my plans.”  Although her intended career was to be a writer, she recognized that “being dependent on [her] writing for every cent” could lead to a precarious existence (14 February 1932).  In a conversation with Robert Hillyer, Bradley bemoaned the fact “that it was almost impossible to combine earning a living and writing” (30 March 1932).  Juggling a career, relationships, and writing seemed to be too much for Bradley (14 February 1932).  Because she never published her writing and never married, but did hold a desk job for decades, it appears that she ultimately chose career over writing and relationships.

Bradley graduated from college in the midst of the Great Depression, and she was grateful to be offered a job as a research worker with the “enormous salary” of “$40 a week”—“most unusual for a girl just out of college” (9 September 1930).  In Eleanor Roosevelt’s 1933 book It’s Up to the Women, meant to encourage women during the Great Depression, the First Lady described research work as a career which “provides interesting lives and moderate incomes” “to many . . . women” (172).  Roosevelt acknowledged that “women doing work of this kind get very little recognition,” but she praised their “expert work” as an important service to the nation (205).  In the 1930s, Bradley conducted research for literary historian Ralph L. Rusk, and in the 1940s, she became a research worker for Raytheon Corporation, where she stayed for the rest of her career. 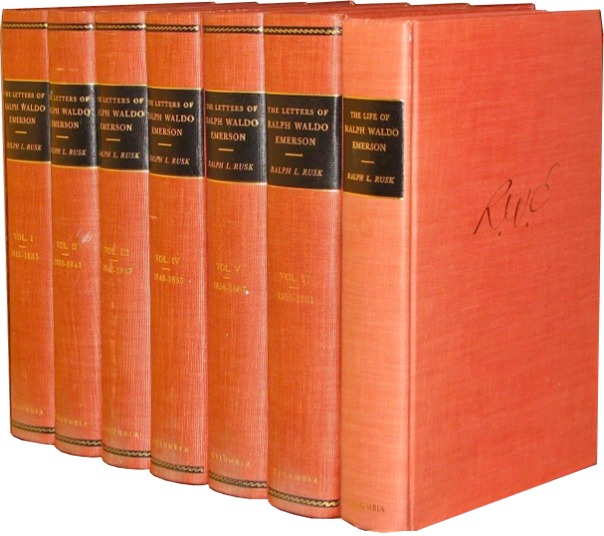 The Letters and Life of Ralph Waldo Emerson

Ralph L. Rusk taught English at Indiana University from 1915 to 1925 and at Columbia University from 1925 to 1954.  Between 1929 and 1939, he compiled, edited, and annotated Ralph Waldo Emerson’s correspondence, and between 1939 and 1949, he worked on The Life of Ralph Waldo Emerson, which won the National Book Award for non-fiction in 1950.  Soon after he began working on the letters, Rusk hired Bradley, who wrote that Emerson was her “best-beloved author,” as his assistant (8 January 1932).  In a diary entry on March 13, 1930, Bradley wrote, “Dr. Rusk is very much pleased with my work.  He is hoping that I will be with him until he . . . finishes the book.”  Neither Rusk nor Bradley realized that the correspondence project would fill six published volumes and take ten years to complete.  Bradley scoured New England historical societies and archives for letters and especially loved working at the Yale Library, which she said was “so beautiful that [she had] a breathless sense of being swept up into the air every time [she went] in” (24 July 1931).

In the 1940s, Bradley got the chance to use her research skills for the war effort.  In 1931, she wrote presciently about the Second World War: “it seems as if war were inevitable—the world is wild with hatred and jealousy and patriotism. . . . I wish I could do something.  I feel so helpless.  Nothing is so bad when you help do it” (11 May).  The Raytheon Corporation, which had previously focused on household technologies, started developing maritime radar systems and missiles, and they hired Bradley as a research assistant in the 1940s.  The February 1944 Radcliffe Quarterly noted that Bradley was “studying production engineering at Raytheon . . . doing a time and motion study.”  In a letter to her brother that April, Bradley mentioned that she was putting her writing skills to use at Raytheon, even though her focus was more scientific: “some painful day my boss is going to catch me copying a timestudy to get one phrase into a more comfortable position” (26 April 1944).  Bradley worked her way up at the company and eventually became supervisor of the company’s occupational analysis department.

← Something of Calm
Postscript →
A Breathless Sense