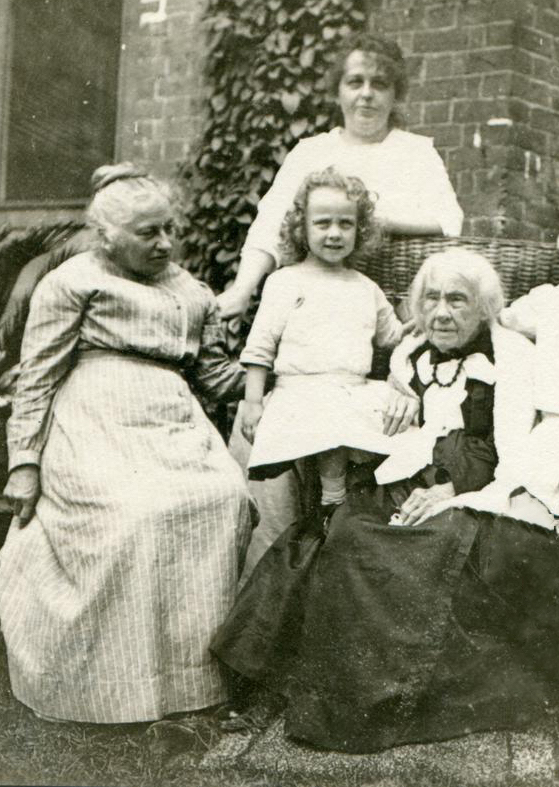 Born on February 27, 1908, in Arlington, Massachusetts, Louise Bradley grew up with the idea that Indiana was her true home. Both of her parents had grown up there—Morton C. Bradley, Sr., in Benton County, and Marie Boisen at the Wylie House in Bloomington—and had graduated from Indiana University. The two married right after Marie's graduation in 1900 and followed Marie’s cousin Theo Wylie to the northeast, where he had moved after his father’s death ten years before.

In 1917, Theo Wylie went overseas to fight in World War I, and when he returned to the States in April 1919, he moved into the Bradleys’ home as well.  The first World War terrified Bradley, who was a child at the time.  In her diary, she writes, “I was 6 years old when the last war broke out.  I heard and believed the worst of the anti-German propaganda.  I was frightened — I still have nightmares in which I am hiding in dark underground holes, cold, cramped, and afraid to breathe” (11 May 1931). 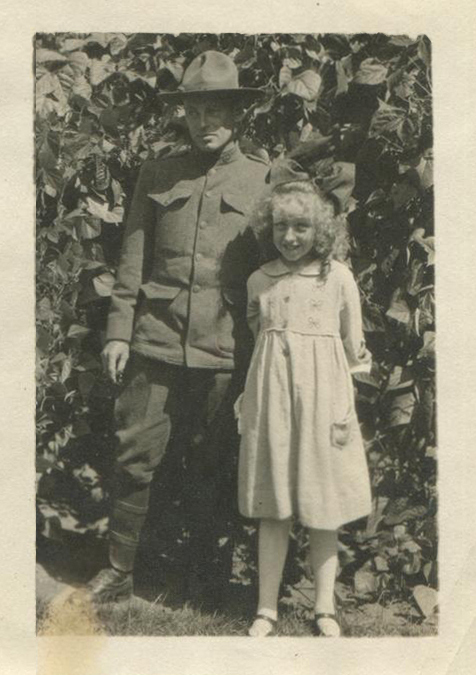 Growing up with her parents’, grandmother’s, and cousins’ nostalgic tales of the wonders of Indiana led Louise to apply to Indiana University for college.  Many of her ancestors had worked for the university, and her grandmother had been one of the earliest female graduates.  In fact, she had helped found the Kappa Alpha Theta chapter at IU and was proud of the fact that her daughter (Louise's mother) had attended IU and had been part of the sorority as well.

Bradley moved to Bloomington in August 1926, but none of her relatives were living in the area anymore, and the Wylie House had new owners.  She joined Kappa Alpha Theta, to the delight of her mother and grandmother, but she soon realized that IU was not a good fit, perhaps became it was so far from home.  In a letter written on December 5, 1926, her friend Elizabeth Bishop wrote, “Are things too dreadful out there, Louise?  I haven’t heard from you for so long that I think they must be.”  Bradley managed to complete her first year at IU but moved home in the summer of 1927.

In June 1930, the Bradleys took their last trip to Bloomington, to bury Louisa Boisen Wylie next to her parents, Theophilus and Rebecca Wylie, in Rose Hill Cemetery.  Bradley had started her diary the month before this event, but she did not make any entries around the time of her grandmother’s death or funeral.