Several other Jacobs School of Music events in April, although not officially part of Mexico Remixed, demonstrated a connection to Mexico and its music. These include a presentation on compositions by Gabrielle Ortiz at the Music Theory Colloquium Series, as well as the IU Jazz Celebration featuring composer Vince Mendoza, who conducted a composition inspired by his Mexican father. 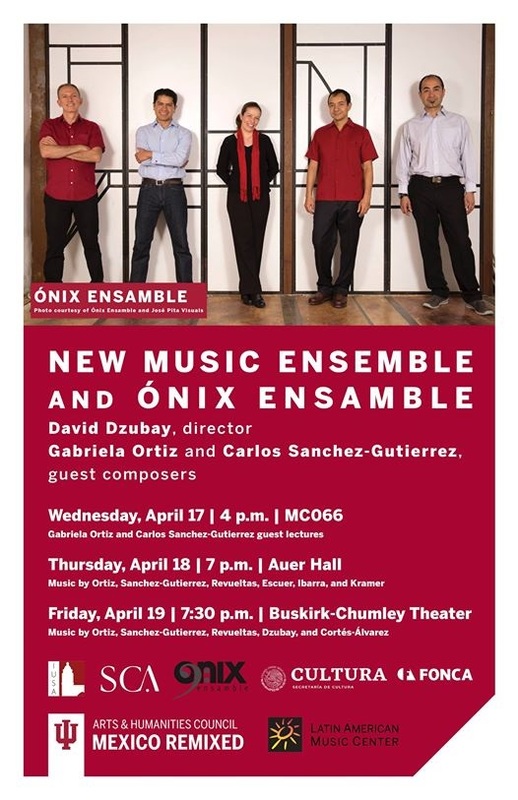 Information about other México Remixed events can be found at the IU Arts & Humanities programs page.