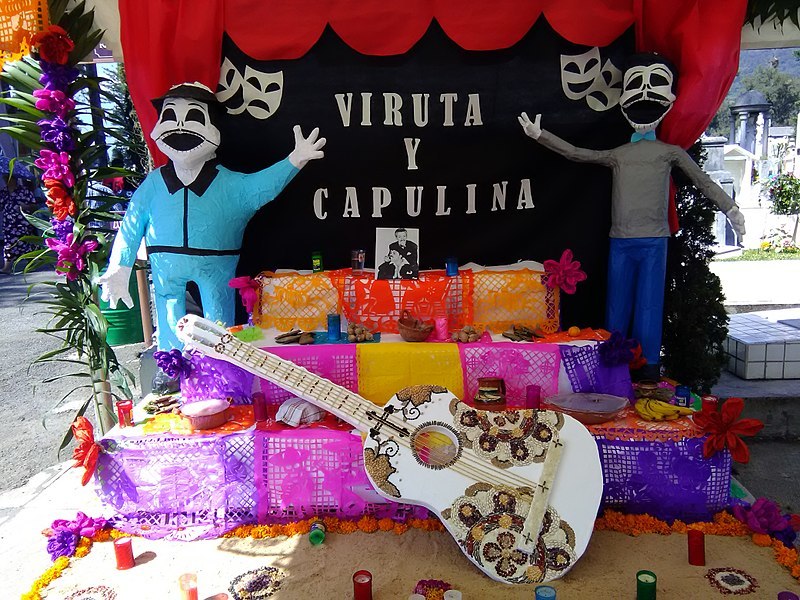 “Day of the dead Altar to Viruta and Capulina in Orizaba,” (CC BY-SA 4.0) by Isaacvp.

Honoring the dead on Día de los Muertos is a tradition that extends into the music. Music dedicated to loved ones can be deeply personal, as well as generally about death, love, and other themes.

Based on a Mexican folk tale, “La llorona,” (literally, “the weeping woman”) is a song that is often associated with the festivities of Día de los Muertos. Other music also pays tribute to the departed. One example is this playlist from National Public Radio’s Alt.Latino show, which is dedicated to those who lost their lives during Hurricane Maria in Puerto Rico and a devastating earthquake in Mexico City.

The following playlist was selected in part by Ryan Dederick, inspired by the tradition of remembering loved ones on Día de los Muertos:

From Coco, the original motion picture