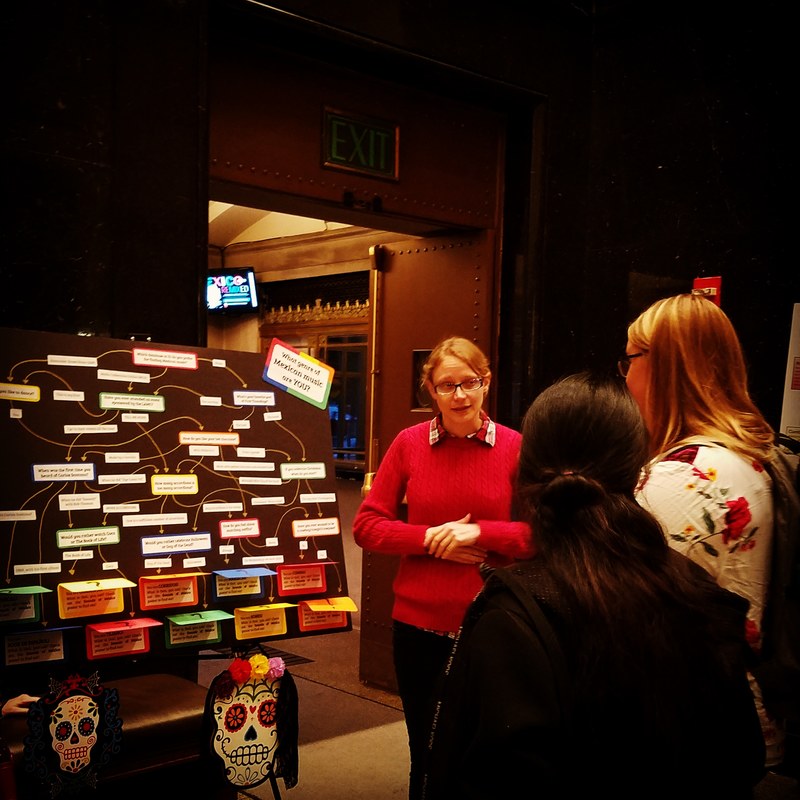 LAMC student worker guides First Thursday participants through the personality quiz "What Genre of Mexican Music are You?"

As part of a First Thursdays Festival event on November 1st, 2018, Indiana University celebrated Día de los Muertos by kicking off the third Global Arts and Humanities Festival, Mexico Remixed. The Latin American Music Center joined in the festivities with the exhibit “The Sounds of México,” an exploration of Mexican music genres from bandas and corridos to mariachi and tejano.

Día de los Muertos, or Day of the Dead, is a multi-day Mexican holiday honoring dead friends and family members. Día de los Muertos is celebrated with festivals, ofrendas (altars), and gatherings throughout Mexico, as well as other Latin American countries and by people with Mexican heritage. Indiana University’s event featured activities and performances that encouraged interaction with Día de los Muertos and Mexican culture.

The LAMC’s “The Sounds of México” exhibit featured a game in which players could match their personality with a genre of Mexican music. Participants could then learn more about the ten possible results of the game at an accompanying poster on Mexican music genres. Although it is impossible to capture Mexico’s rich musical culture in a single poster, this exhibit offered a fun learning opportunity to many First Thursday participants. Added to this was the chance to listen to some of the musical genres featured on the poster and explore digital content through IU's Media Collections Online initiative and other library databases. 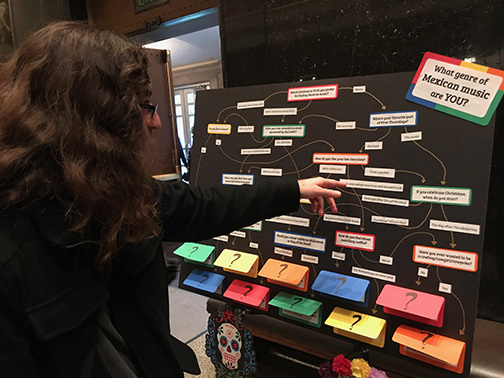 A student studies his options for the question “How do you like your hot chocolate?” in the game, “What Genre of Mexican Music are You?” 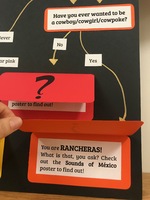 One of the personality quiz results was rancheras, a genre associated with cowboys on the silver screen and singer-actors like Pedro Infante, Jorge Negrete, and José Alfredo Jiménez. 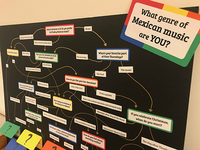 “What Genre of Mexican Music are You?” asks this personality quiz at the LAMC exhibit. Results included classical, rock en Español, cumbia, sones, and others. 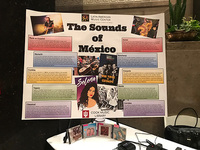 Ten of Mexico’s many music genres were highlighted in this poster at the LAMC exhibit.

Visitors to the “Sounds of Mexico” exhibit could learn more about Mexican music genres as well as listen to examples of each genre.