Throughout his life, Juan Orrego-Salas produced copious essays, articles, and writings, many of which appeared in a variety of publications. In Chile, Orrego-Salas edited the Revista Musical Chilena, beginning in 1949. Soon after, in 1950, he began contributing to El Mercurio as a music critic. He also wrote a column, Música al Día, for the publication Zig-Zag as early as 1941. Orrego-Salas continued to write and publish after moving to Bloomington, Indiana, in 1961. Later in his life, he wrote an autobiographical book, Encuentros, visiones y repasos: capítulos en el camino de mi música y mi vida, which was published in 2005. 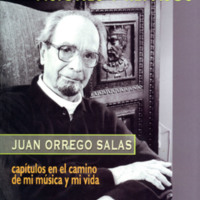 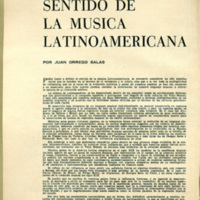 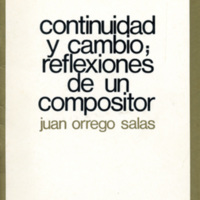 Orrego-Salas wrote his essay "Continuidad y Cambio" for a lecture given at the Universidad Católica de Chile in acceptance of his honorary doctorate in 1971.