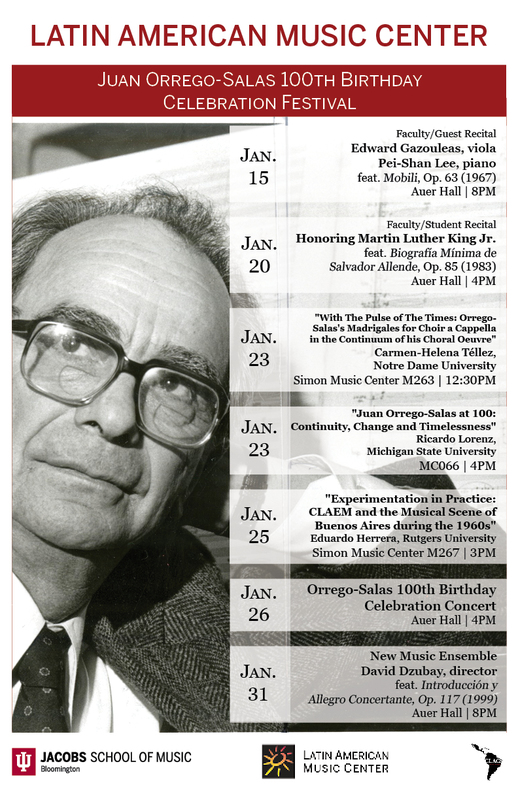 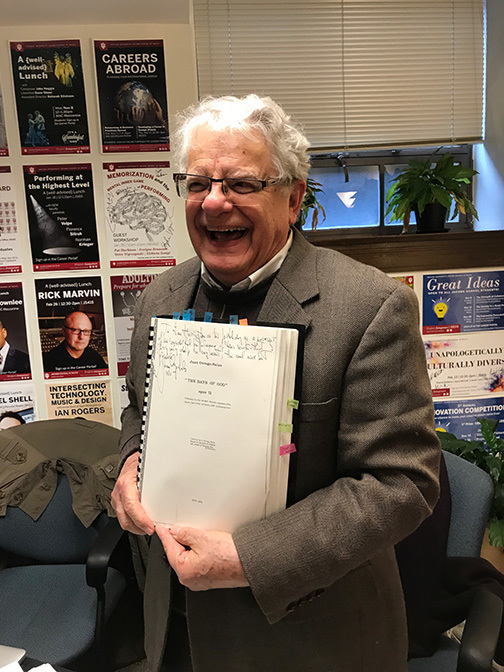 Choral conductor Jan Harrington holds a score of Juan Orrego-Salas's work Days of God, Op. 73 (1976) that features a handwritten dedication to him by the composer. Harrington and fellow conductor Carmen Téllez discussed the premier of Days of God as part of “With the Pulse of the Times: Orrego-Salas’s Madrigales for Choir a Capella in the Continuum of his Choral Oeuvre.”

The Latin American Music Center celebrated Juan Orrego-Salas’s 100th birthday with a series of concerts, lectures, and exhibits. Included in those exhibits are this online exhibit and its physical counterpart, displayed at the Indiana University William and Gayle Cook Music Library.

Performances of Orrego-Salas’s music took place throughout the second half of January. Mobili, Op. 63 was performed at a recital on January 15, 2019 with faculty member Edward Gazouleas on viola and guest pianist Pei-Shan Lee. As part of the Martin Luther King, Jr. Celebration, Biografía mínima de Salvador Allende, Op. 85 joined the program on a concert in honor of Dr. King.

The first lecture in honor of Orrego-Salas’s centennial was Carmen Téllez’s presentation, “With the Pulse of the Times: Orrego-Salas’s Madrigales for Choir a Capella in the Continuum of his Choral Oeuvre.” Choral director Jan Harrington joined her as a discussant of the premier of Orrego-Salas’s oratorio, Days of God, Op. 73 (1976).

Composer Ricardo Lorenz, a former student of Orrego-Salas at Indiana University, presented a lecture at the music theory colloquium titled, “Juan Orrego-Salas at 100: Continuity, Change and Timelessness.” Lorenz drew ideas for this lecture from a 1971 lecture of Orrego-Salas’s, “Continuidad y cambio; reflexiones de un compositor,” delivered at the Catholic University of Chile, as well as from his own decades-long relationship with Orrego-Salas.

Eduardo Herrera from Rutgers University gave another lecture based on scholarship from Orrego-Salas, titled “Experimentation in Practice: CLAEM and the Musical Scene of Buenos Aires during the 1960’s.” Herrera drew on the work Orrego-Salas put forth in his 1988 article, “Traditions, Experiment and Change in Contemporary Latin America,” to inform his talk about experimental music at the Centro Latinoamericano de Altos Estudios Musicales in Buenos Aires, Argentina.

One of the high points of the 100th birthday celebrations was an entire program of music by Orrego-Salas, performed on January 26, 2019. Featured on this concert were Mobili for viola and piano, Op. 63 (1967); Esquinas for guitar solo, Op. 68 (1971); selections from El alba del alhelí for voice and piano, Op. 29 (1950); String Quartet No. 4, Op. 125 (2003); and Introducción y allegro concertante for piano duo and chamber orchestra, Op. 117 (1999). Orrego-Salas, along with his wife and several family members, attended this concert as well as the reception that followed.

On January 31, the centennial celebrations wound down with a second performance of Introducción y allegro concertante, Op. 117 (1999). This work, from the later years of Orrego-Salas’s oeuvre, was performed by Indiana University’s New Music Ensemble under the direction of David Dzubay.

Throughout the celebration of Orrego-Salas’s music and life, contributions were made by former students, fellow scholars, composers, and musicians. It seems a fitting demonstration of the impact Orrego-Salas continues to have on the musical world. 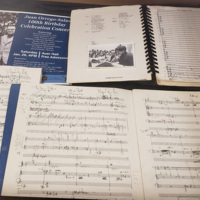 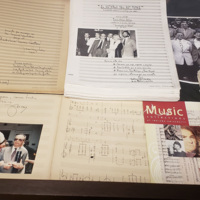 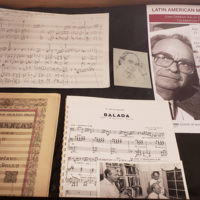 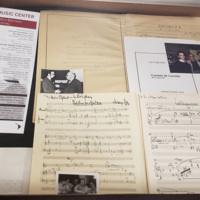 A showcase of selected items from the Juan Orrego-Salas Legacy Collection was exhibited at the William & Gayle Cook Music Library from January 18-February 26, 2019.

← The Collection
Media →
Our Celebration