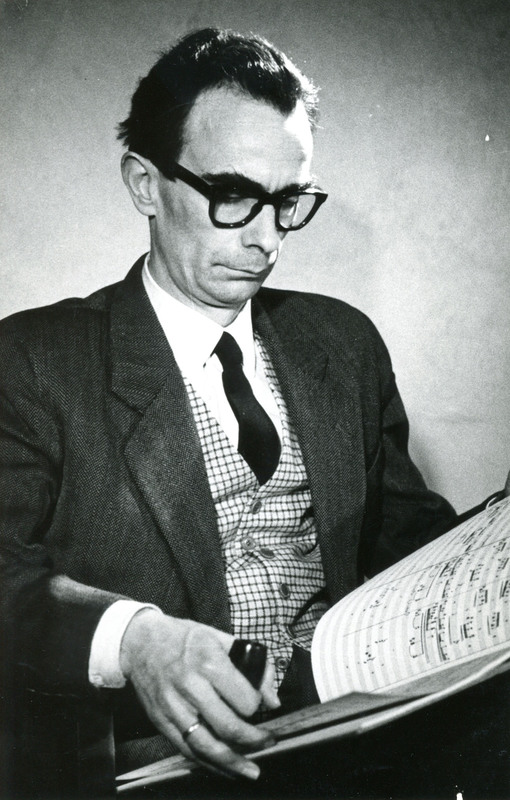 In a career spanning more than 70 years, Juan Orrego-Salas composed a broad variety of works, from sonatas and symphonies to operas and music for film. Much of his music was neoclassical in style. He composed plenty of commissions, writing music for various universities and foundations, orchestras like the Louisville Orchestra and the National Symphony of Washington. D.C., the National Endowment for the Arts, as well as numerous other organizations, musical groups, and individuals. His internationally recognized music won prizes at the Festivales de Música Chilena four times (1948, 1950, 1952, 1998), and the Olga Cohen Prize twice (1956, 1958), among others. 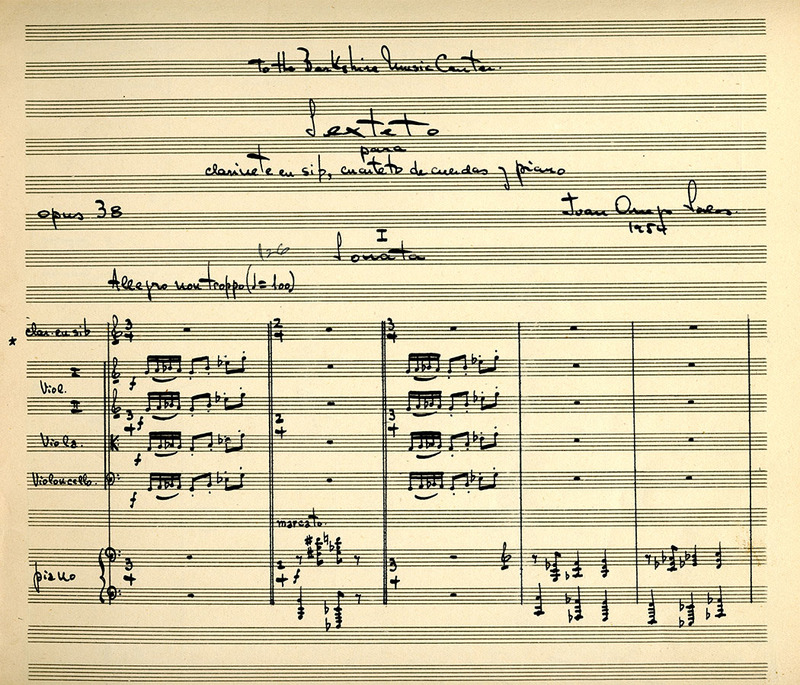 Orrego-Salas wrote his only sextet, a piece for clarinet, string quartet, and piano, on a commission from the Berkshire Music Center in 1954. It premiered there during the Tanglewood Festival of that year. 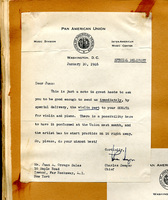 Charles Seeger wrote a letter requesting the violin part of Orrego-Salas’s Sonata para violin y piano, op. 9 (1945) for a 1946 performance sponsored by the Pan American Union. Seeger, the Director of the Pan-American Union’s Inter-American Music Center, was also one of the founders of organizations that later became the American Musicological Society and the Society for Ethnomusicology. 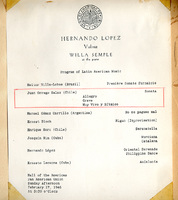 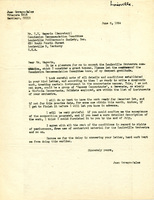 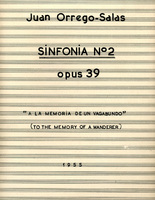 Orrego-Salas wrote his second symphony, a commission from the Louisville Orchestra, in 1955. The subtitle, “To the memory of a wanderer,” referred to his friend Werner Bischoff, who died in the Peruvian Andes. 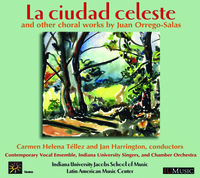 CD Cover for "Ciudad Celeste and other Choral Works by Juan Orrego Salas" a recording produced by Carmen-Helena Téllez during her tenure as director of the Latin American Music Center. Cover art by the composer. 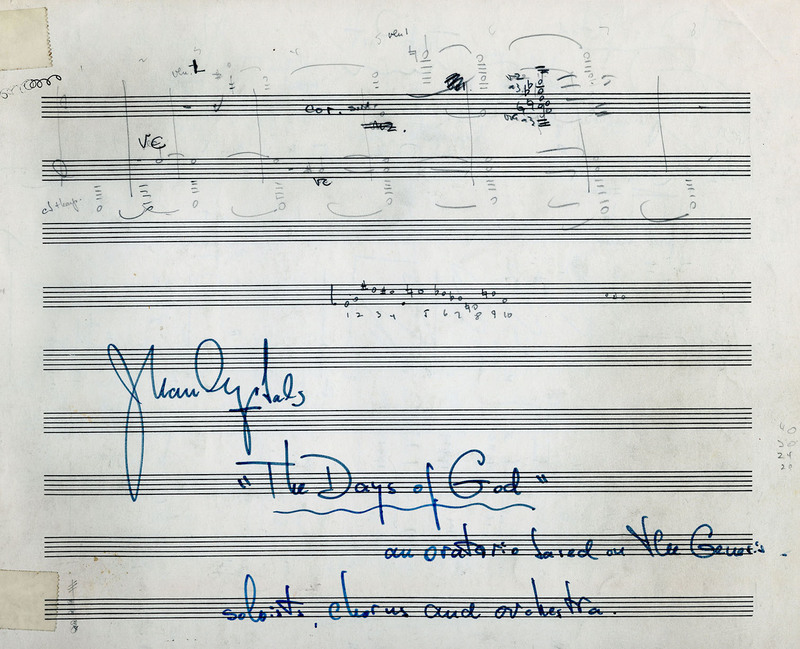 The Days of God, op. 73 (1976), the only oratorio by Orrego-Salas, was based on the book of Genesis and poetry by Pablo Neruda and Dylan Thomas. Here is an early sketch of the work. 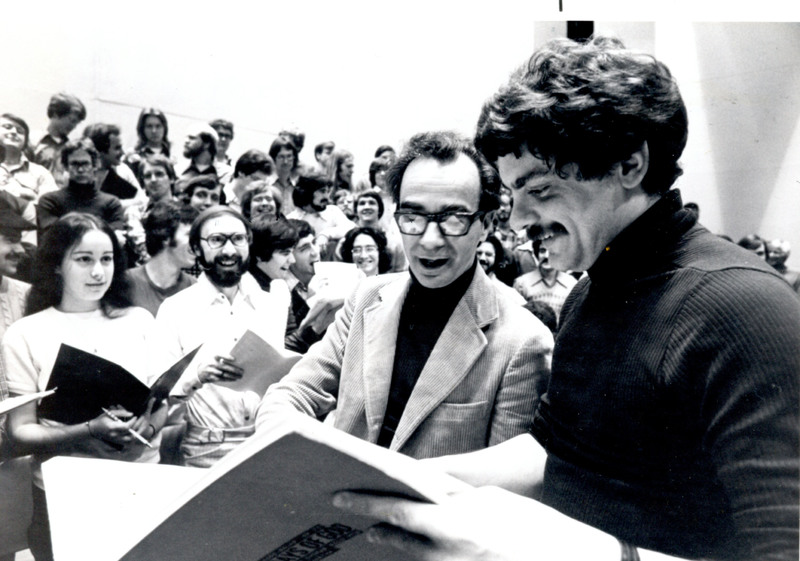 The Days of God was presented at Indiana University in 1976 under the direction of Jan Harrington. He is pictured here with Orrego-Salas during a rehearsal. 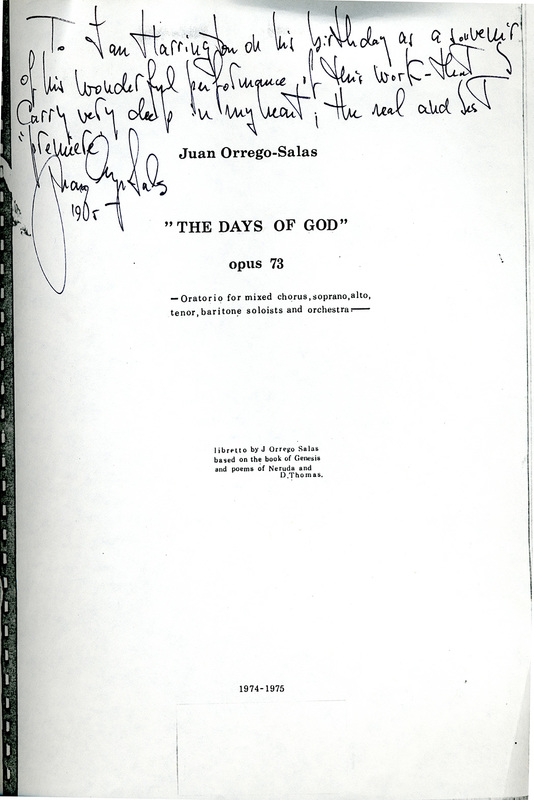 After Jan Harrington conducted The Days of God in 1976, Orrego-Salas gave the conductor a score with a handwritten dedication. It reads, “To Jan Harrington on his birthday as a souvenir of his wonderful performance of this work – that I carry very deep in my heart; the real and best ‘premier.’ Juan Orrego-Salas 19—?" --Courtesy of Jan Harrington.

Here are two recordings of Days of God, op. 73 both performed with the Indiana University Oratorio Chorus:

Both performances are available to authorized users through Media Collections Online, a digital initiative at Indiana University 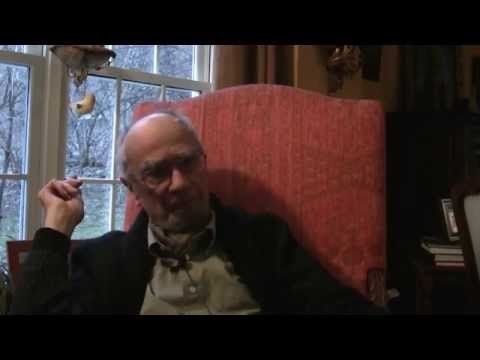