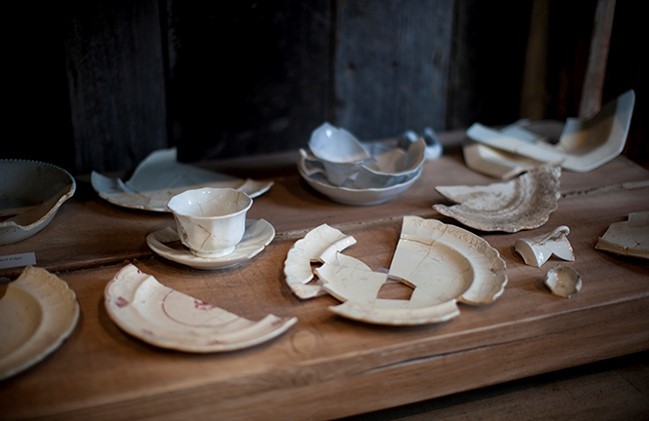 The Call and Response: Creative Interpretations of Wylie House exhibition is an artistic extension of the Wylie House Museum’s commitment to share the lesser-known histories of people associated with the 1835 Indiana home. Sponsored by the Arts & Humanities Council at Indiana University, Call and Response is part of Indiana Remixed, the Council's program celebrating the arts and ideas that shape Indiana today. In pursuit of narratives that tell all of our stories, the Wylie House is continuing its interpretive journey through the transformative power of contemporary art. Eight professional Indiana artists created new pieces for this exhibition, which opened on March 5, 2020. Thanks to Indiana University's Advanced Visualization Lab, there is now a virtual tour of this exhibition. Enjoy!

Join us for an online discussion with four of the Call and Response artists and Carey Champion, Director of Wylie House Museum, on Wednesday, Oct. 28th at 7pm. Information and registration can be found here: https://go.iu.edu/3jrq. 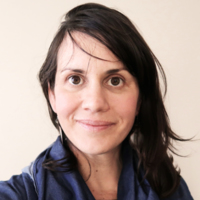 Carissa Carman earned her BA from the University of California Chico and her MFA in Fibres and Material Practice from Concordia University, Montreal.  She has exhibited at the Center for Book Arts, Eyebeam, Havana Biennale, Islip Art Museum, San Jose Museum of Quilts and Textiles, and the Textile Museum of Canada, among other locations.  Carman has been recognized with a Trustees Teaching Award for her work in her current position as Area Coordinator and Lecturer in Fibers at Indiana University.  Her interdisciplinary artwork incorporates social practice directed by the construction, design, and usability of specialty objects and services. 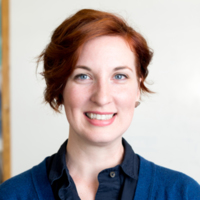 Molly Evans is a fiber artist, educator, and arts advocate based in Bloomington, IN.  She received an MFA in Fibers from Indiana University and a BFA in Fibers from Savannah College of Art and Design.  She primarily works with experimental quilts and soft sculpture using the motion and construction of textiles to display gestures of emotional effort.  She is also a co-founder of the Fiber Arts Bloomington Studio, a dye lab focusing on natural dye research and workshops for the community.  Her work has been featured nationally and in numerous publications including The Guardian, The Huffington Post, IGNANT, and Bust Magazine, among others. 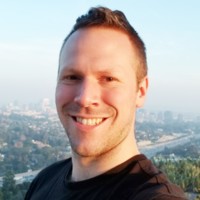 Nathan Foxton is a painter who loves color, the material quality of paint, the human form, and space.  Originating from Rochester, New York, he grew up speaking German.  Raised in a pre-internet household, he drew his visual culture from library books, comics, some TV, and an active imagination in nature.  He has studied art across the eastern United States, most recently attaining his MFA from Indiana University, Bloomington. For the past five years he has been painting in Indianapolis, Indiana, and is actively engaged in the city’s art scene through exhibiting, curating, teaching, writing, and judging. 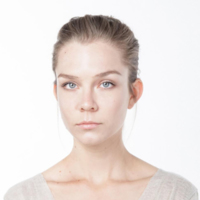 Sarah Edmands Martin teaches graphic design at Indiana University and has presented at the World Design Summit in both Montreal and Paris and at Massey University in New Zealand.  Martin is a 2020 Design Incubation Fellow, and her poster designs have recently been selected for Silver Medals in Graphis international juried design competitions.  She has two chapters forthcoming in Ethics in Design and Communication: New Critical Perspectives and has upcoming exhibitions at Franklin College, Cleveland State Galleries, and Krasl Art Center.  Her work uses dark storytelling that eschews formulaic narratives in order to promote self-efficacy, learning, and participation. 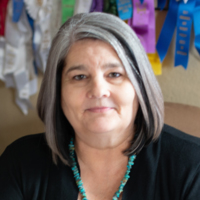 Katrina Mitten, a citizen of the Miami Tribe of Oklahoma and a life-long resident of Indiana, is an award-winning Native American artist.  Her work has been exhibited in museums across the country, including the Museum of Art and Design in New York and the Autry Museum in Los Angeles, and is in the permanent collections of the Eiteljorg Museum of Native American and Western Art in Indianapolis and the Smithsonian National Museum of the American Indian in Washington, D.C.  Through her beadwork, drawing, ceramics, and metalwork, she tells the stories of the Indigenous People of the Great Lakes Area and links their historic past to contemporary issues. 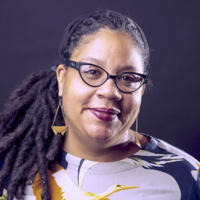 Joann Quiñones has a Ph.D. in American Literature and is currently an Associate Professor of English at Earlham College in Richmond, IN. She completed an MFA in Studio Art from Indiana University, Bloomington in May 2019.  She has shown work at Manifest Gallery in Cincinnati, OH, Higher Art Gallery in Traverse City, MI, and Earlham College in Richmond, IN, among other locations, and she will show at NCECA's Annual Exhibition in Richmond, VA, in March 2020.  Combining fiber, sculpture, and ceramics, her figurative works explore the connections between history, race, gender, and sexual identity. 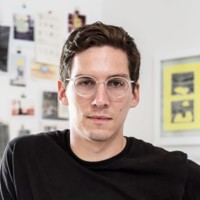 Sean Starowitz is a graduate of the Interdisciplinary Arts program at the Kansas City Art Institute.  A 2012 Rocket Grant recipient and a 2014 Charlotte Street Foundation Visual Art Award Fellow, he has been published in Proximity Magazine and Temporary Art Review and has lectured for the World Arts and Cultures Department at UCLA and at the American University in Washington, D.C.  Starowitz is currently the Assistant Director of the Arts for the City of Bloomington, Indiana.  He focuses on artistically engaging with the public by imbuing his work with regional and spatial histories, everyday practices, and community engagement. 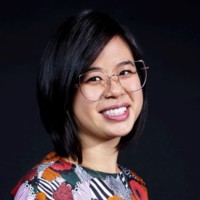 Linda Tien studied metalsmithing and jewelry design at Texas Tech University (BFA) and Indiana University (MFA).  Her work has been exhibited at The Cole Art Center, Cedar Rapids Museum of Art, The Appalachian Center for Craft, Vanderbilt University, The Museum of Fine Art Houston, Arrowmont School of Arts and Craft, and The Beijing Institute of Fashion Technology, among other locations.  Tien is currently the Program Coordinator at the Grunwald Gallery of Art at Indiana University.  Tien’s work, which incorporates a range of different media and formats, is an exploration of her identity and is most influenced by her experiences as a second-generation Vietnamese-American.