From New York to Texas 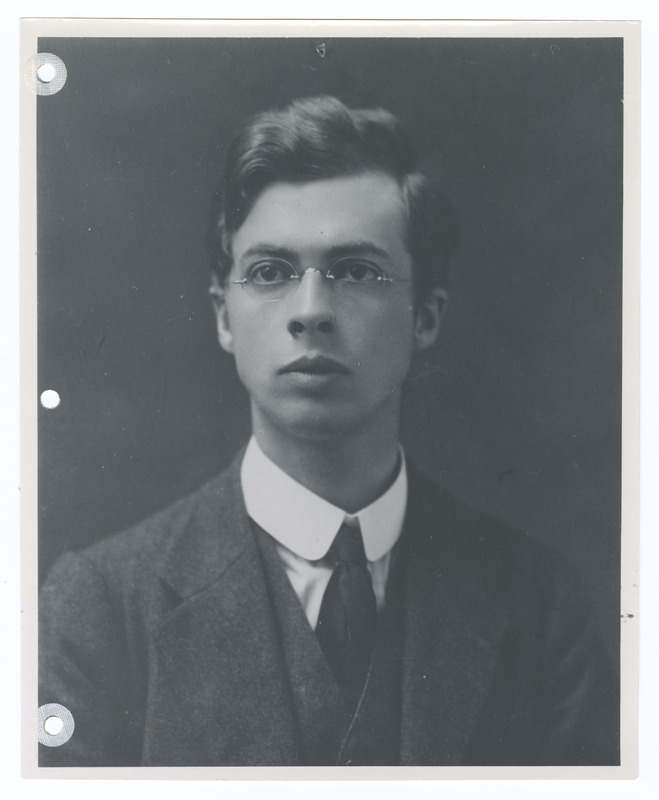 Julian Huxley in 1918 in Texas. He was a member of the esteemed Huxley family of England which included a surprising number of scientists and intellectuals. Julian Huxley, a lifelong friend of Muller, was a prominent biologist, science popularizer, and public intellectual. They first met when Huxley visited Columbia in 1914.

Muller left the fly room in 1915, because of an offer from the British zoologist Julian Huxley to join his recently inaugurated biology department at Rice University in Houston. 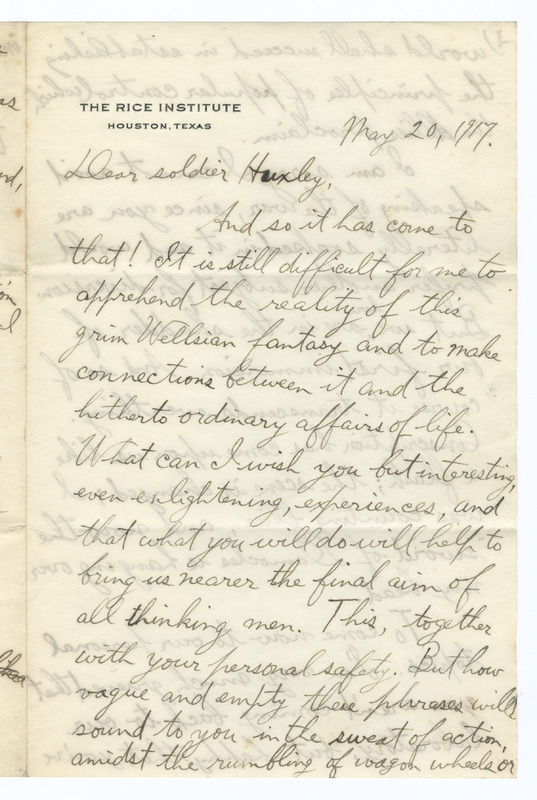 Muller continued to focus on mutations in the flies, but now no longer as a vehicle to explore chromosomal heredity, but instead for their own sake and for the insight they provided into genes. Muller and Huxley would only be together in Texas for a year before the deteriorating political situation in Europe would bring Huxley back to England to serve in the war effort.

Huxley was not only a fellow scientist, but a politically sympathetic friend and Muller’s letters to him during WWI provide a striking window into what the world was like for a scientist and a socialist. 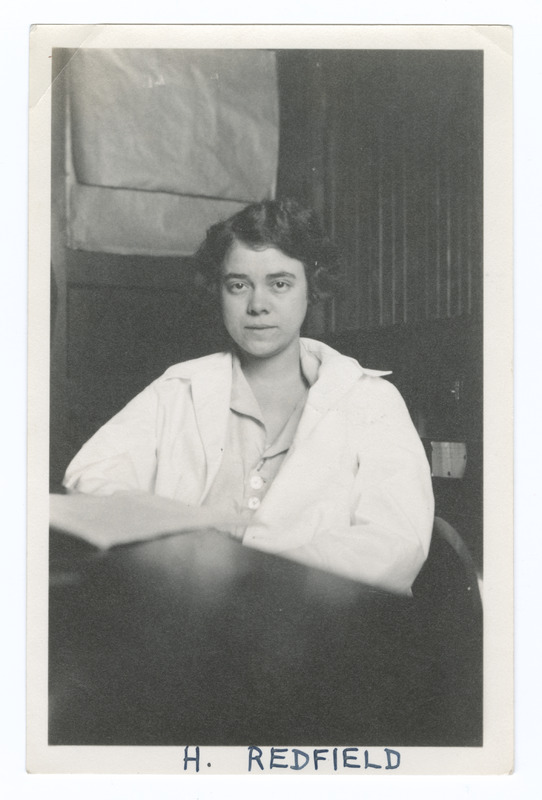 Seen here in 1922, Redfield went on to have a successful career as a geneticist, despite the institutional pressures against women in the upper echelons of the profession. Like Muller, she was primarily a fly geneticist.

Muller applied for exemption from the American draft based on the income he needed to provide for his mother. This exemption was denied, but he only served for one day before being exempted on separate grounds, a heart murmur. Many other scientists were enlisted in the war effort. Muller was not at Rice for long, but he did have one especially notable student in math major Helen Redfield.

In 1918, with the biology department short-staffed from the war, Muller was invited back to Columbia. Before returning to Columbia, he and Edgar Altenburg spent the summer working on mutations at Woods Hole, Massachusetts--a sort of Mecca for biologists. There they engaged in pioneering research about the frequency of mutations. They found that a great many mutations are in fact lethal, and if inherited, there would be no fly at all. Even when not together, Muller and Altenburg were research partners from afar, coordinating efforts and trading ideas.