The "Fly Room" at Columbia 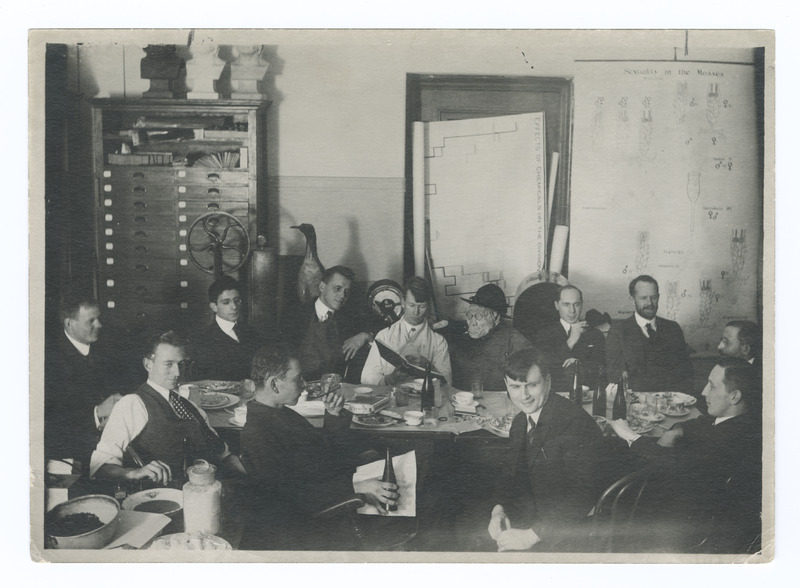 Muller graduated from Columbia University in 1910. Then, working part-time as a bank runner and an English teacher, he enrolled as a fellow in physiology at Columbia Medical College. He took a full load of courses, including those of the well-known embryologist and up-and-coming geneticist Thomas Hunt Morgan. Muller would never have the enthusiasm for Morgan he had for Wilson, but in those years of 1910-1912 he spent a great deal of the time in Morgan’s lab -- known as the “fly room” -- and became a formal member of the lab in 1912. Alongside Alfred Sturtevant and Calvin Bridges, Muller counts among the early group of graduate students that helped catapult the lab to fame.

The Columbia "fly room" was so named because genetics was studied in the cramped space of 613 Schermerhorn Hall by breeding and experimenting on the tiny common fruit fly, Drosophila melanogaster. 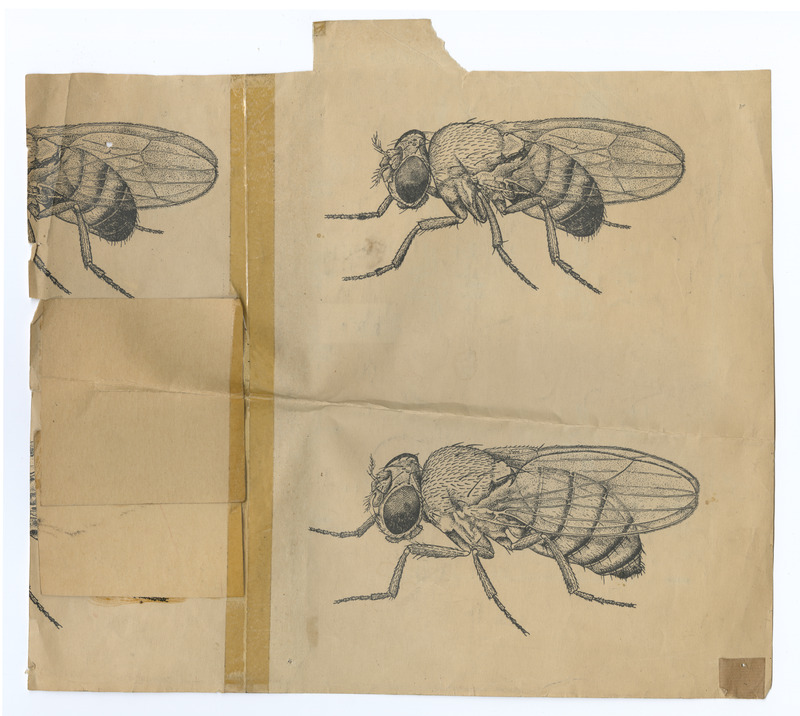 These pictures from Muller's collection of teaching materials depict a male (top) and female Drosophila melanogaster.

Stories about T. H. Morgan’s lab abound, but what is not debatable, is that the lab produced some of the most groundbreaking research in early twentieth-century genetics and launched fly genetics as a leading specialty within the field. For almost four decades, Drosophila melanogaster would be the dominant beast of animal genetics and a way of life for fly geneticists. Its importance continues up to the present.