Phi Beta Kappa, the first Greek letter society in the United States, was established at the College of William and Mary in 1776.  Over the next century, fraternal organizations gained national prominence and soon became a collegiate tradition.  Several chapters of both men’s and women’s Greek letter societies originated at Indiana University, and many members of the Wylie family played a significant role in their creation and perpetuation. 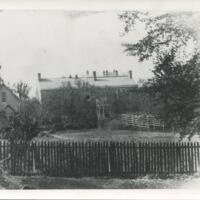