The Parlor: Separation through Union 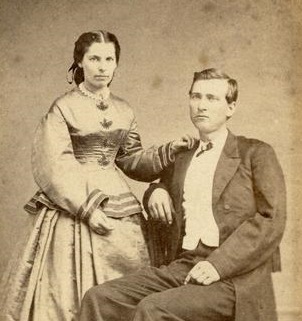 May 31, 1866: Arth packed most of the things. Left Bloomington at 2 o’clock. I hated to leave home but felt I was going with Art. He will fill the place of Father, Mother, home & all.”

– From the diary of Maggie Wylie Mellette 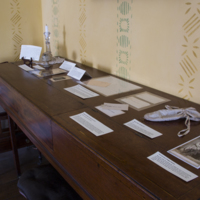 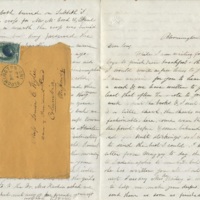 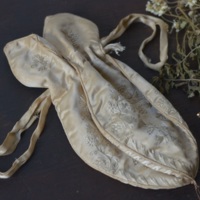 Rebecca Wylie, the mother of Louisa and Maggie, embroidered this purse for her wedding in 1838. 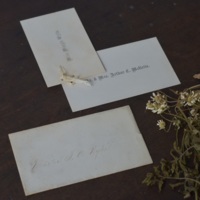 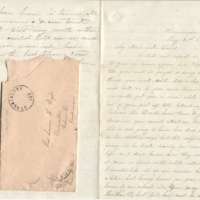 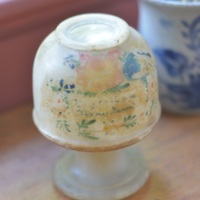 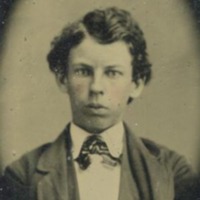 Tintype of Samuel Brown Wylie as a young man 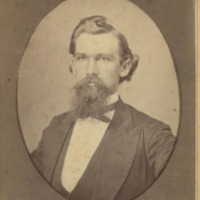 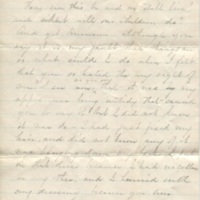 "I feel Hermann that the only thing I can do is to take myself out of your sight." - Louisa Wylie Boisen, January 5th, 1880 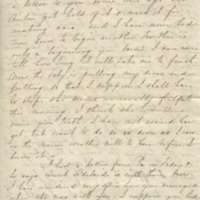 Specifically used for catering to the entertainment of friends and acquaintances outside the immediate family, the parlor further complicates the nineteenth-century notion of the home as the “woman’s sphere,” a space meant to remain apart for the corruption of the public realm. The parlor, the most public space within the home, was a space for social gatherings and special events, including family weddings. The site of the Wylie women’s transformation from single to married, this room examines a woman’s first steps towards motherhood.

Marriage in the late nineteenth-century was, unsurprisingly, seen as a significant moment in the life of a middle-class women, and a step towards becoming a mother, a role deemed essential to the feminine identity. But many of the women in family letters, including Maggie and Louisa, expressed worry of feeling “homesick” for their former lives. After marriage, most women would depart and enter into new lives with their husbands, physically removed from the familiarity of their immediate family and their close female friendships. From the bride’s perspective, weddings were a moment of loss, as well as a gain. A letter to Louisa from her mother, Rebecca, described a local bride and her mother crying through the ceremony, mourning their separation. Rebecca wrote,

“She was very much affected & so was her mother it must be hard for them to part.”

Maggie’s marriage announcement or wedding invitation represents this transition of marriage. The small paper on top reads, “Miss Maggie Wylie”, but upon opening, the inside reads, “Mr. and Mrs. Arthur Mellette”. Prior to Maggie’s wedding she wrote Louisa, imploring her to return home and help with wedding preparations, but also to spend time with her before the wedding. Here was an important sisterly connection and desire to remain connected despite a new life of marriage. On May 21st, 1866, Maggie wrote,

“O I do wish you were home. Come as soon as possible. I need your help, besides wanting to be with you as much as possible . . . You could help me so much if you were only here. For the last time, come.”

For women, marriage created a legal, economic, and social dependence on their husbands. Advice literature emphasized the importance of women selflessly caring for the mental, physical, and domestic needs of their legal partners. Even during an era in which women were elevated as moral keepers of their families, a wife’s legal identity was tied to coverture laws that prevented independence outside of marriage. This left women tied to their husbands’ economic situation. For Seabrook Wylie, this meant her husband’s debt was her debt, and the advice literature ideal of domestic economy might even color this financial trouble as her responsibility. This dependence was equally complex for women like Louisa, who struggled to maintain a happy relationships with their husbands. At the beginning of the Boisen’s marriage, in 1873, letters reveal Louisa’s strong desire to respect, love, and worship her husband’s needs, as the social ideal required. But as her situation progressed, this instead meant actively trying to smooth over disagreements or, sometimes, finding others to be temporarily dependent on. For example, on January 5th, 1880, Louisa wrote to her husband that she had gone to stay with her parents at the Wylie House:

“I feel Hermann that the only thing I can do is to take myself out of your sight. That it is so terrible a thing to “have such an object before your eyes all the time” is a dreadful thought to me and this is not the first time that you have said so. And then too a few weeks ago you said it was a burden to support me. What can I do but go?”

A year later, on January 23, 1881, after reuniting with her husband, then living in Williamstown, Massachusetts, Louisa wrote again of her homesickness and longing for the comforts of the Wylie House:

“But I do get so homesick, Aunt Em. I don’t believe I ever shall get over this longing for home and the feeling that that is the only place I can feel quite happy. I suppose it is really wrong for me to be so homesick but I can’t help the feeling that as long as my parents live, I ought to be near them.” 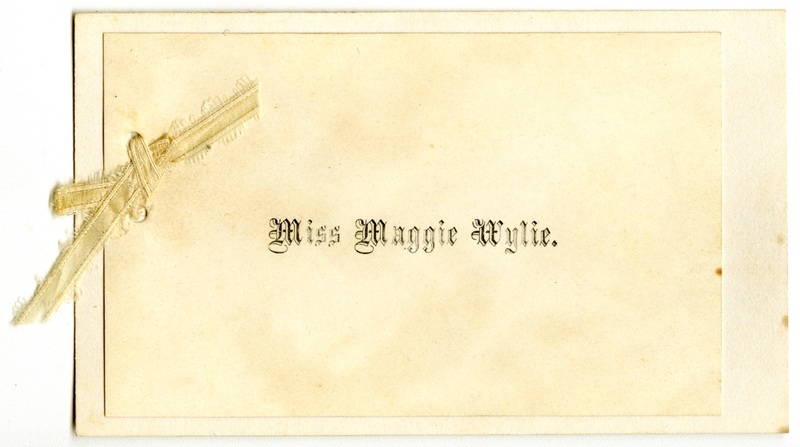 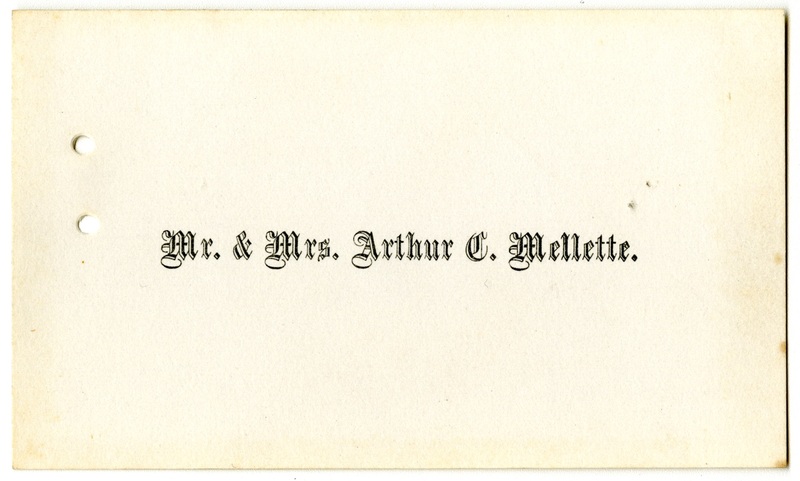