The eldest child of Rebecca and Theophilus Wylie, Louisa Wylie was born in October of 1839 in Bloomington, Indiana. She spent much her early life as a devoted student and graduated with a B.S. degree from IU in 1871. She went on to teach mathematics and modern language at the University of Missouri from 1872 to 73. She had two children, Anton (born here in the Wylie House in 1876) and Marie (also born at the Wylie House in 1879). After the sudden death of her husband, Hermann, Louisa brought the children back to Wylie House where she lived with them and her parents, until her mother’s death in 1913.

For more information on this item go to the Wylie House Museum Image Collection. 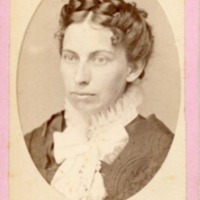 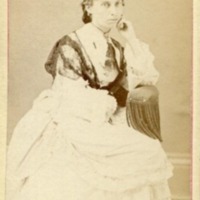