“There may be cases where a woman would feel that it would be better that she should not have children, but that she should feel so merely because she will be obliged to forego some of her pleasure in going out and enjoying herself in that way, I cannot understand. I know there is great care and responsibility and confinement where there are children and that mothers are sometimes so wearied and so overburdened that they feel their burdens are almost too much for them, but then what a pleasure and delight it must be to have a family sound in body and mind growing up around one.”

– Louisa Wylie Boisen to her husband, Hermann Boisen on June 22, 1875, during her first pregnancy 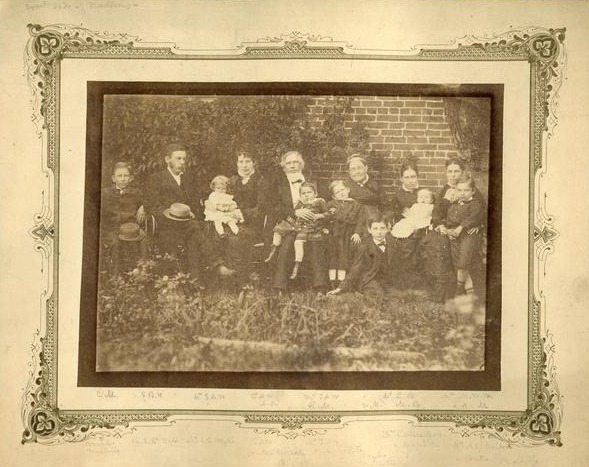 The Three Wylie Women and family sitting outside the Wylie House

In the nineteenth-century, economic, political, and religious developments transformed the middle-class American home into the private “woman’s sphere,” a space of “true womanhood” uncorrupted by the male-dominated, public realm. Mothers of the nineteenth-century found themselves ideologically responsible for domestic concerns, as well as the health, education, and moral Christian upbringing of children. This historical shift of idealized mothering serves as a larger context for the concerns, responsibilities, and fears of the daily lives of the Wylie mothers.

Through comparing the lives of late nineteenth-century, middle-class women to the ideals of maternal advice literature, "Three Wylie Women" delves into individual experiences of mothering that both reflect and contradict the vision of nineteenth-century advice authors. Likewise, the exhibit explores the relationship between a network of mothers and maternal figures and their shared mothering responsibilities and experiences. At the center of this is the correspondence of the second family to occupy the Wylie House--the family of Theophilus and Rebecca Wylie, who lived in the home from 1859 to 1913.  The letters to, from, or related to daughters, Elizabeth Louisa Wylie Boisen and Margaret Wylie Mellette, and daughter-in-law, Sarah Seabrook Mitchell Wylie bring forth the joys and struggles, fears and hopes, ideals and realities of mothering in the late nineteenth century. 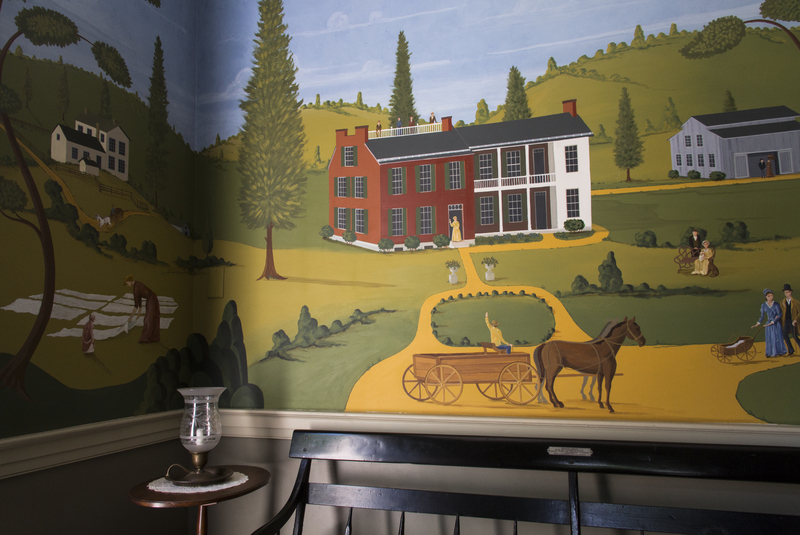 This tour of home recaptures distinct aspects of mothering in each room of the museum, beginning in the entry hall. A mural depicts Bloomington in 1835, the time of the home’s construction.  This world of farmhouses, rural life, and the small, developing campus of Indiana University hardly reflects the Bloomington of the late nineteenth century, the setting of the Wylie mothers. Economic progress and industrial advancement defined Louisa, Maggie, and Seabrook’s Bloomington, despite the shared Hoosier desire to maintain the feeling of rural agrarian life.

The entry hall served as a passage between delineated public and private realms of the home. The spatial and social divisions of the home reveal that the “separate spheres” of public and private life remained largely intertwined, reflecting the inconstancies of ideal and reality. The home, as the site of this imperfect “woman's sphere,” marks the Wylie House, as significant to the study of 19th century mothering.

The Wylie House invites you to enter the realm of womanhood, mothering, and family in 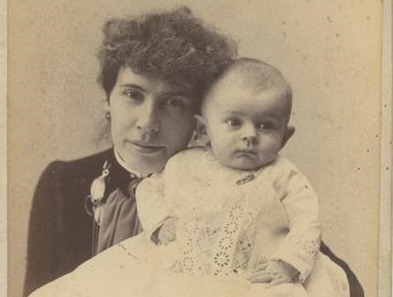 The Dining Room: Introducing the Wylie Women →
Entering the Exhibit