How are Andrew and Theophilus Wylie related? Their grandfather, Adam Wylie (1718-1778), was born in County Antrim, Ireland, in 1718. He and his first wife, Jean, had several children, including Adam Jr., the father of Andrew Wylie. After Jean died, Adam Sr. married Margaret Brown and had several more children, including Samuel Brown Wylie, the father of Theophilus Wylie. Members of this second generation, including Adam Jr. and Samuel Brown Wylie, immigrated to the United States in the mid-1700s. Adam Sr. died in Ireland in 1778, before his grandsons were born. Both Andrew and Theophilus grew up in Pennsylvania before moving to Bloomington, where they contributed to the founding and development of Indiana University. 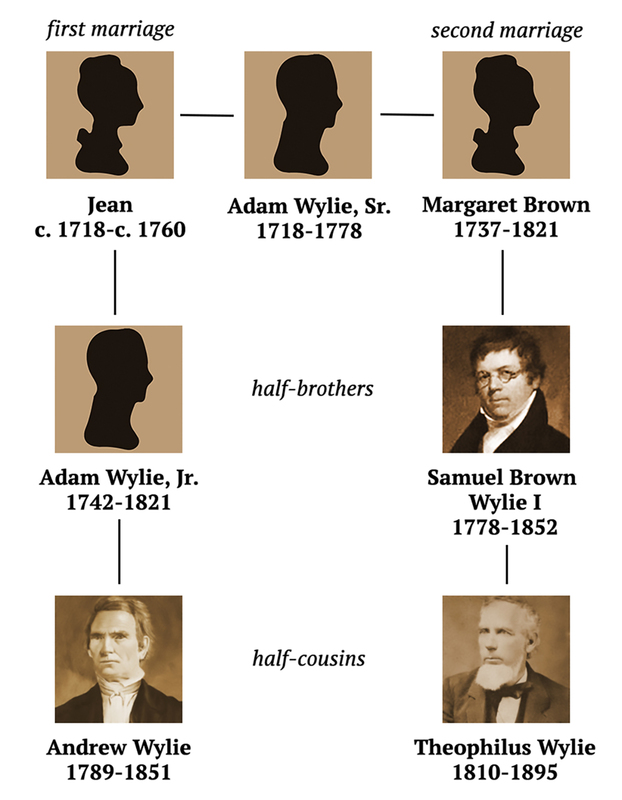