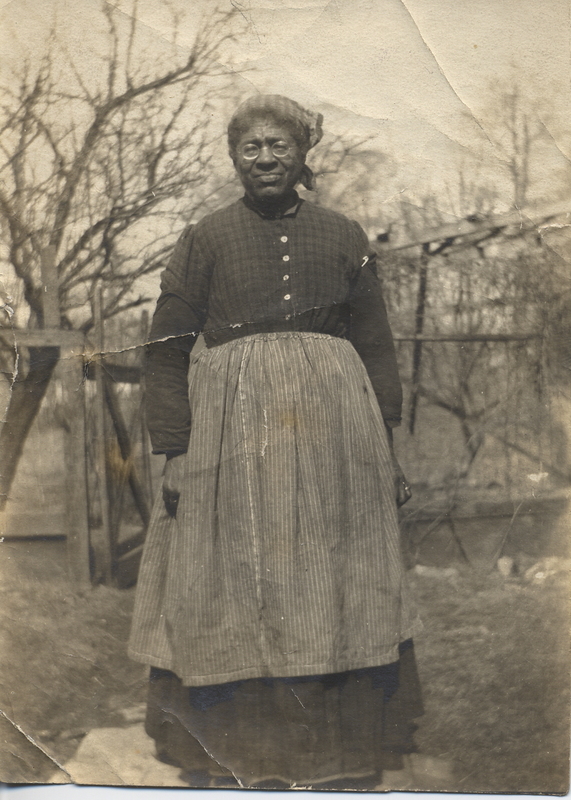 Lizzie in an undated photograph

Very little is known about Lizzie Breckenridge's childhood. She first appears in the 1850 Federal Census as "Elizabeth Brackenridge," the eight-year-old daughter of Hannah Brackenridge. Her birth date is recorded as July 5th, 1843 in Bedford, Indiana, a town approximately 30 miles south of Bloomington. All five family members (Hannah, Lizzie, and three other children) are listed as mulatto. A member of the Union, Indiana prohibited slavery from the time it became a state in 1816 and freed all remaining slaves in 1820. Thus, Lizzie did not spend her life as an enslaved person, but rather as a domestic servant.

Marriage records show that Lizzie's mother, Hannah Collins, married Edmund Breckenridge in 1842, just a year before Lizzie's birth. Hannah was just twenty-two years old, but this may not have been her first marriage. Lizzie is listed as the second-eldest child, suggesting that her brother, Armstead, was potentially her half-brother, as he would have been a toddler when Hannah married Edmund. Furthermore, though his last name is listed as "Brackenridge" in the census, Armstead's daughter refers to him as Lizzie's brother, "Mr. Armstead Percell," in a 1914 letter she wrote to one of the Wylie family members.

According to the U.S. Colored Troops Military Service Records, Armstead Percell was born in Union Town, Pennsylvania and served in the 55th Massachusetts Regiment during the Civil War. Though no marriage records have been found, this suggests that Hannah, though born in Indiana in 1820, possibly spent time outside of Indiana and was associated with someone named Percell. It is possible that Armstead was not her biological son and that upon crossing paths, she took him in. Wether or not Collins was her maiden name is uncertain. By 1852 Hannah is married to Henry McCaw and living in Bloomington. 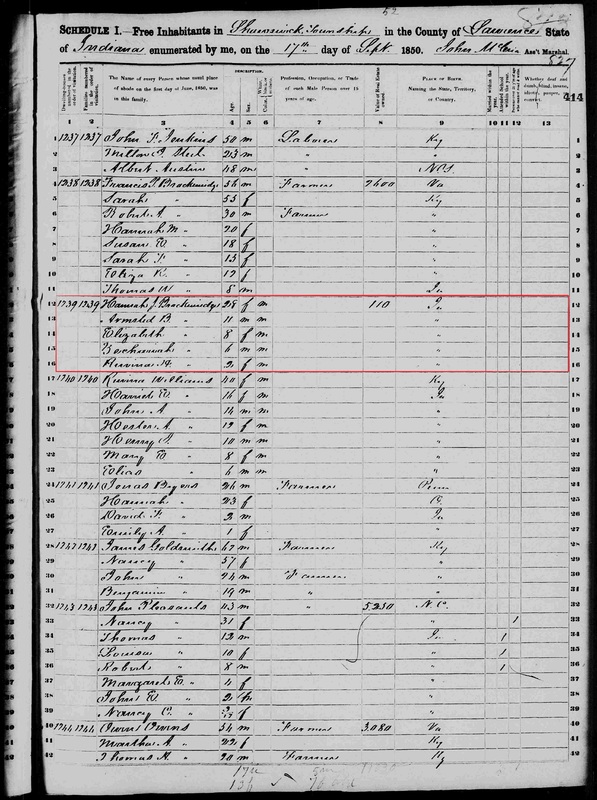 The 1850 Federal Census lists Hannah Brackenridge as the head of household and names Lizzie along with three other children, presumably her siblings.

The 1900 Census, taken two years before Hannah's death at the age of eighty-one, listed her as a widow and mother of nine children, five of whom were living at the time and named in her will. Lizzie was 59 at the time and still living with the Wylie family in Bloomington. Hannah was living in Indianapolis when she died, beneath what is now the I-65/West Street junction. Her house no longer stands.

Aside from his marriage to Hannah, Edmund Breckenridge is not found in public records. The only other piece of information known about Edmund appeared in a news article about Lizzie’s service to the Wylie family, which reads: “Her father was an ex-slave, and coming North, married and settled down at Bedford, where for some time he was a shoemaker. In 1852, he moved his family to Bloomington.” It does not appear that Hannah and Edmund were still together by 1852 though. Hannah is listed as the head of household in the 1850 Federal Census and Edmund is not listed at all. The Lawrence County Marriage Book shows that Hannah married Henry McCaw on April 29, 1852,, and moved to Bloomington, thus undergoing another name change and relocation. The reason why the article mentioned Edmund moving to Bloomington is unclear. Perhaps this was an error on the part of the author, or there is more information on Edmund that has yet to come to light.