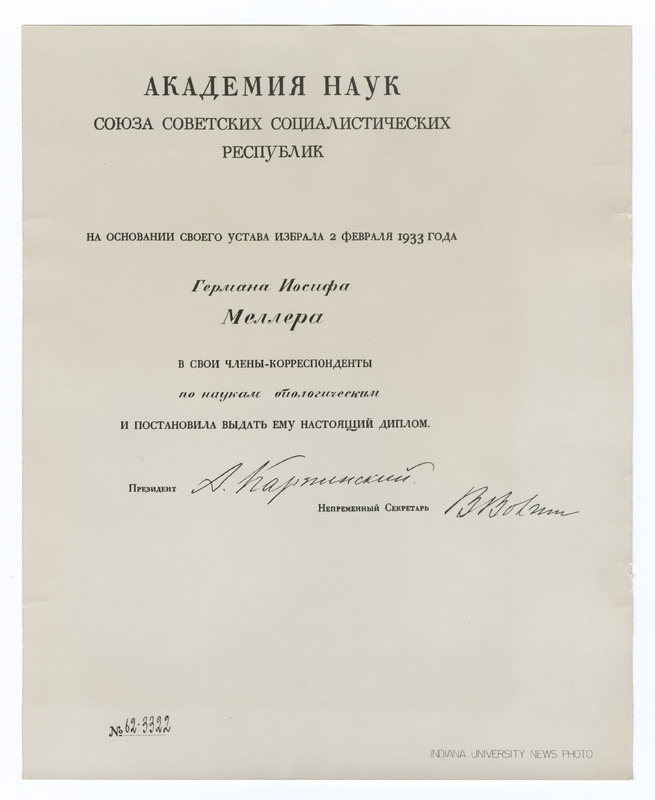 The Academy of Sciences of the U.S.S.R. designated Muller as a corresponding member in 1933, as shown in this diploma.

With the situation in Berlin untenable, and having no interest in returning to the United States, Muller accepted a longstanding job offer from the renowned Russian plant geneticist Nicolai Vavilov. Vavilov had helped Muller get elected as a corresponding member of the Academy of the Science of the USSR in February of 1933, and promised him a warm welcome in Leningrad. Muller reunited in Berlin with his wife, their son David, and Carlos Offermann in the summer of 1933, and together they headed to the Soviet Union. Hermann and Jessie Muller would formally divorce two years later when she took David and returned to Texas wtihout informing Muller. 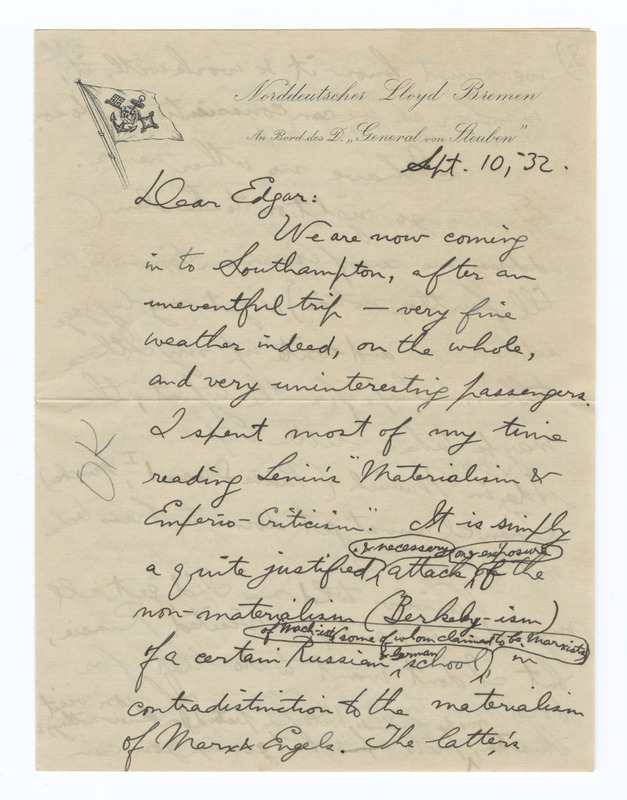 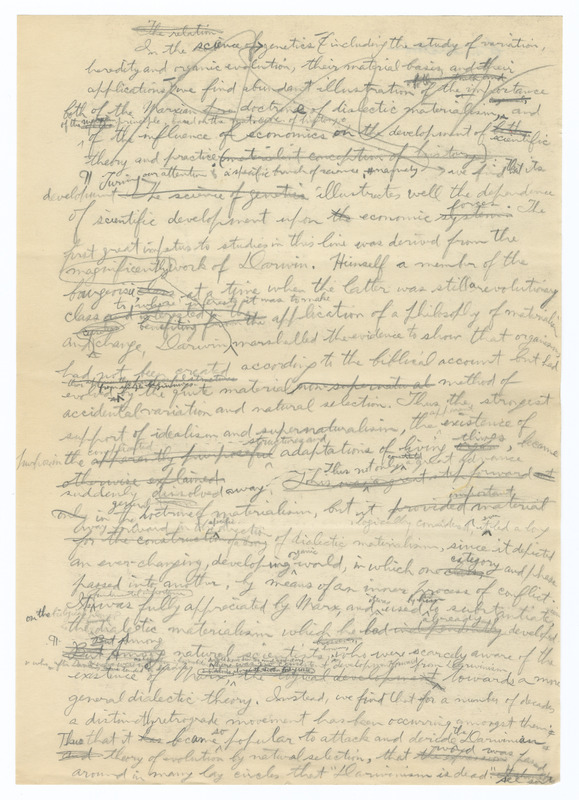 This unfinished draft of a paper connecting Marx and Darwin illustrates how Muller tried to integrate dialectical materialism during his time in the Soviet Union.

Muller's position in the USSR started auspiciously enough. The Soviet Union was trying desperately to modernize its economy, and this meant support for science. When Muller arrived, he joined a pioneering team of researchers excited to work with the esteemed American geneticist. His communist sympathies, progressive views, and criticism of the excesses of capitalism were well known. At first, Muller even adopted some Marxist theory to fit in with the Soviet zeitgeist. It would have been impossible for him to expect that he would see the tragic dissolution of Soviet genetics, but there were warning signs bubbling up about the limitations of genetics in Stalinist Russia.

Perhaps most upsetting for Muller was the widespread advocacy of Lamarckism and the rejection of Mendelian genetics. Named for the early 1800s French biologist Jean-Baptiste Lamarck, Lamarckism refers to the belief in the inheritance of acquired traits. For instance, if one trains oneself to run a marathon then has a child, a Lamarckian would believe that the child will inherit an improved capacity for distance running. This belief was considered discredited by most geneticists in the early 1900s. However, disturbed by the eugenical liberties the West had taken as well as the deterministic implications of a non-Lamarckian genetics, Soviet leadership was extraordinarily ideologically sympathetic to Lamarckism. The idea that there are no unalterable genetic differences between people has an understandable revolutionary appeal. Nonetheless, when Muller arrived, few formally trained geneticists embraced Lamarckism.