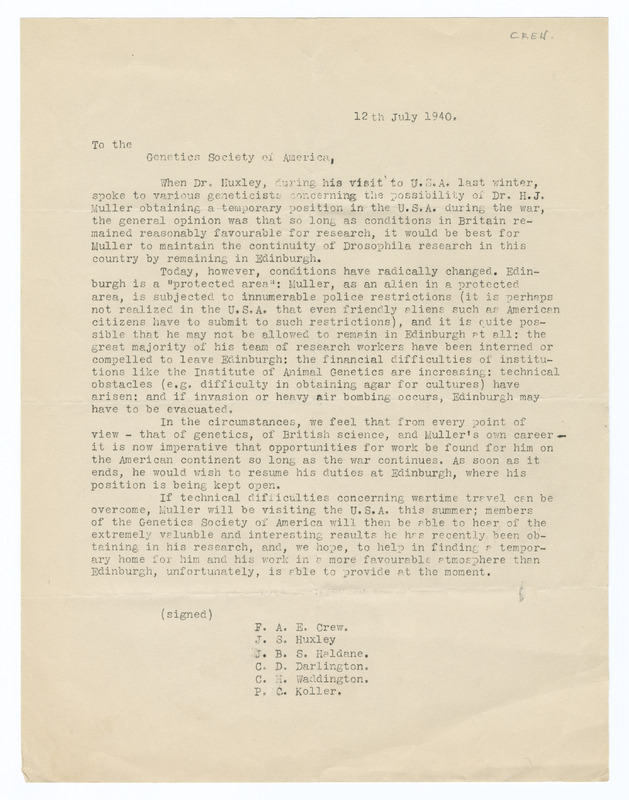 This letter to the Genetics Society signed by Francis Crew and several other prominent geneticists testifies to the deteriorating conditions in Edinburgh for Muller's work.

The tense situation in Edinburgh only intensified after the Congress, and Muller found it difficult to be a practicing scientist during WWII. As a foreigner, Muller’s movements were severely restricted, while Edinburgh seemed less safe by the day. Thea had to convalesce from tuberculosis in a hospital or sanitorium much of their time in the city and her “stateless” position made emigration problematic. The Mullers were informed at the last minute of a way out of the country, and the two of them planned an escape to New York City via London. However, the British port was bombed shortly before their departure and they had to abruptly divert to Lisbon and wait for the last Pan American seaplane to take them to the United States. Muller kept in correspondence with Francis Crew and other Edinburgh scientists throughout the war. Most of the men were drafted as soldiers or otherwise served in the war effort. 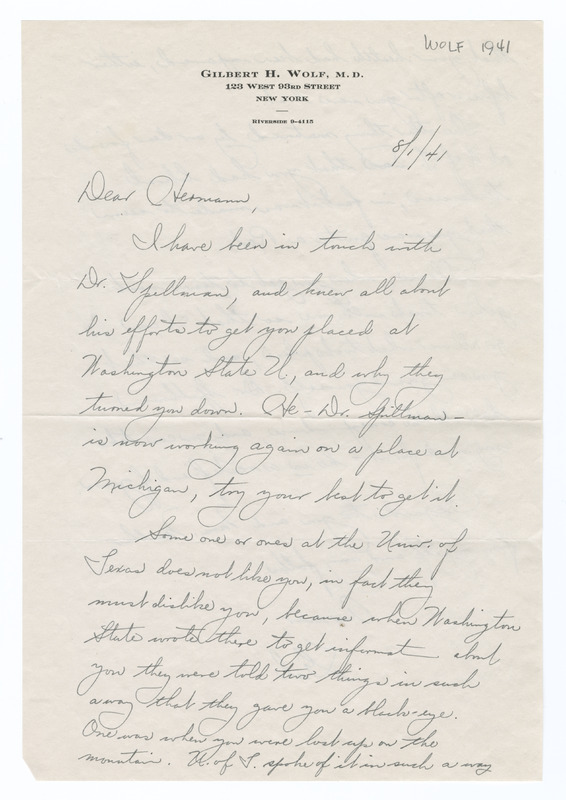 Gilbert Wolf, a friend of Muller's, wrote to Muller giving him the bad news about how his political reputation was impacting his job search.

After a short stay in New York, one of the geneticists who had been on the torpedoed ship, Harold Plough, managed to get Muller a temporary position at Amherst College while Muller continued to search for a more permanent position. The job search was difficult and Muller was haunted by his past and concerns about his possible communist sympathies and even his (distant) Jewish ancestry. Scientists were generally ready to ignore inconvenient politics for scholarly acumen, but image-conscious administrators were not always so flexible. America’s entrance into the war left more room in the Amherst biology department for Muller and took some of the immediate pressure off the job search. 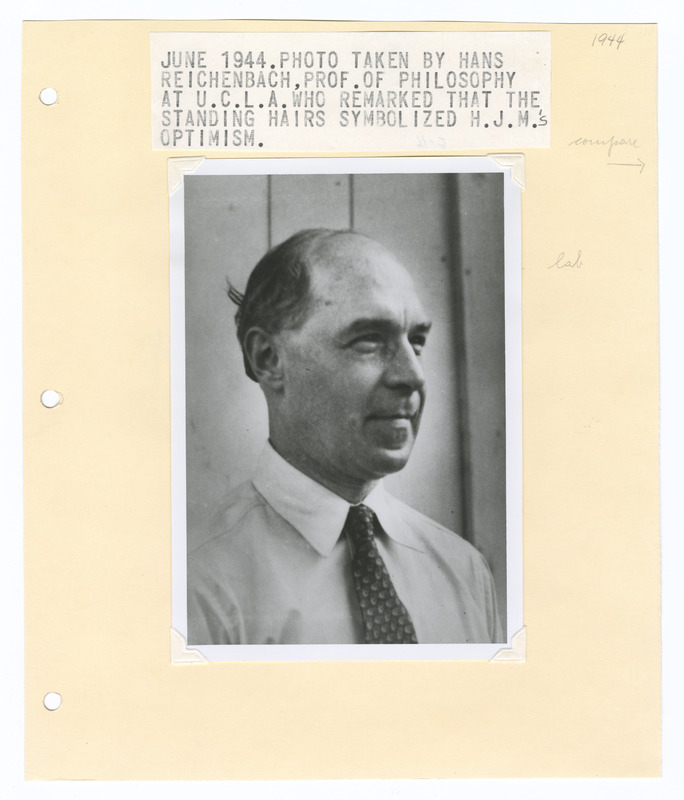 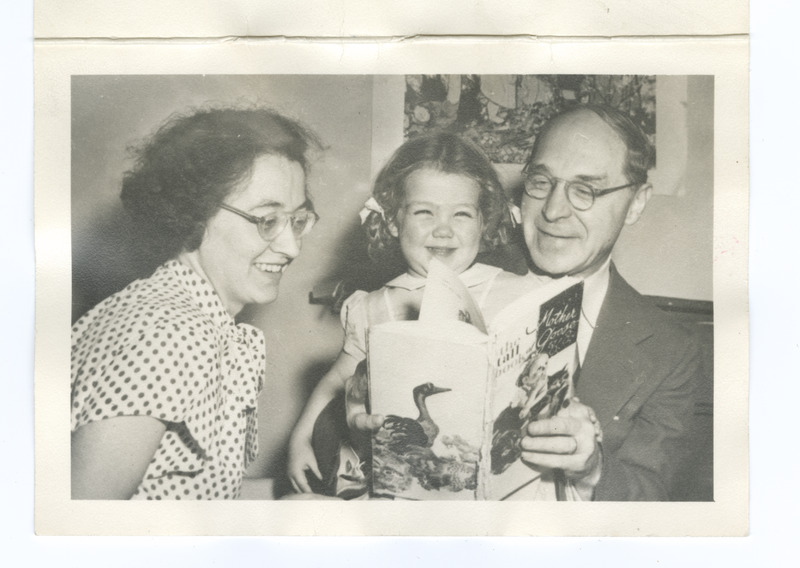 Muller with his wife Thea and daughter Helen in 1946.

Unfortunately, the general absence of assistants and material (almost everything was being consumed by the war effort) and the teaching demands at an Amherst short on instructors slowed his research to a crawl. His time at Amherst was also a period of highs and lows in Muller’s family life. His sister, Ada, died in 1942, and Thea’s tuberculosis returned for a period in the early 40s. But his son David married, and Thea’s health improved enough to give birth to their daughter, Helen, in 1944.