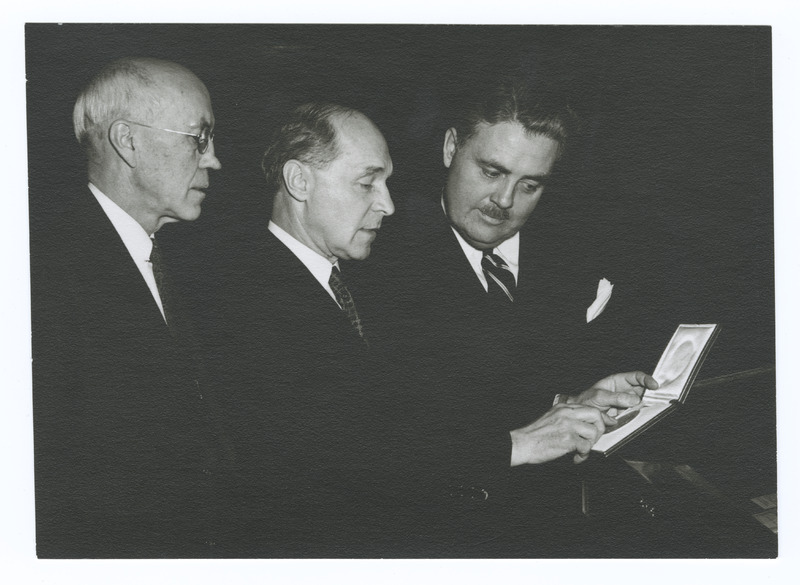 Fernandus Payne, Muller, and Herman B Wells with the Nobel Prize.

Just as the job prospects seemed hopeless, Fernandus Payne, the former Morgan student and a longtime IU faculty member, pushed for the university to offer Muller a job. Payne, who was Dean of the University Graduate School and chair of the zoology department, had cultivated an excellent genetics program and knew they would benefit from Muller’s experience and expertise. IU’s president Herman B Wells was worried about Muller’s political past, but with Payne’s urging, ultimately embraced the opportunity to acquire such an eminent scientist. The papers of both Payne and Wells can be found in the Indiana University Archives. 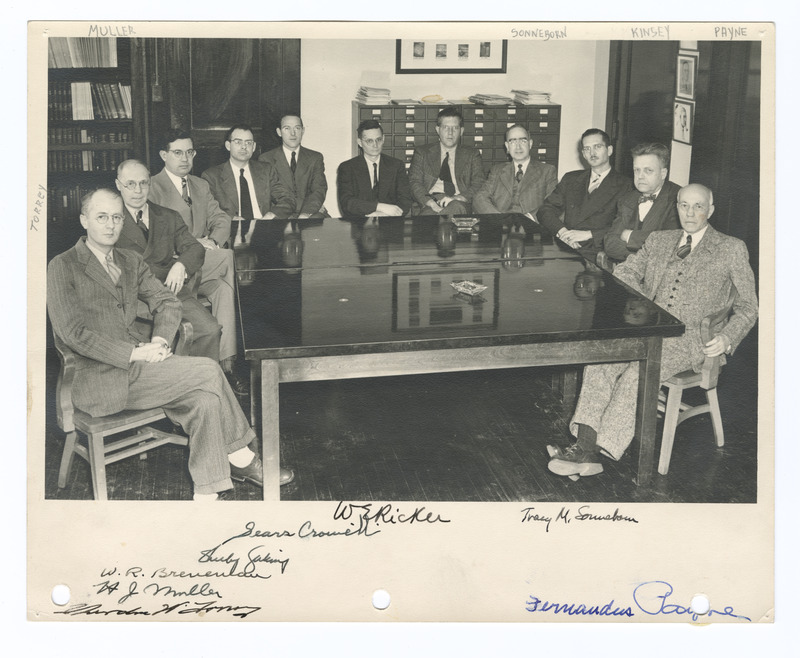 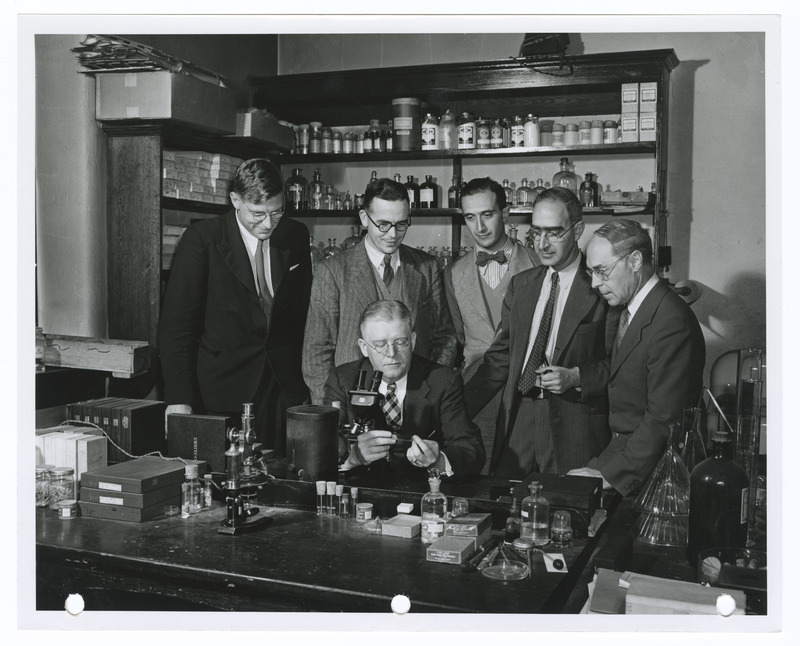 Muller, Tracy M. Sonneborn, Salvador E. Luria, Kenneth Mather, Norman Wingate Pirie, and Ralph E. Cleland (sitting) in a group photo. They were some of the most prominent biologists at IU at the time.

Muller would stay at Indiana University for almost the rest of his career. He was far from the only established scientist in the program and his colleagues included the botanist Ralph Cleland, the microbiologist Tracy Sonneborn, the biologist-turned-sexologist Alfred Kinsey, and the future Nobel Prize winning bacteriologist Salvadore Luria. Muller arrived in Bloomington in the summer of 1945 and set up a sprawling Drosophila lab in Science Hall (now Lindley Hall). 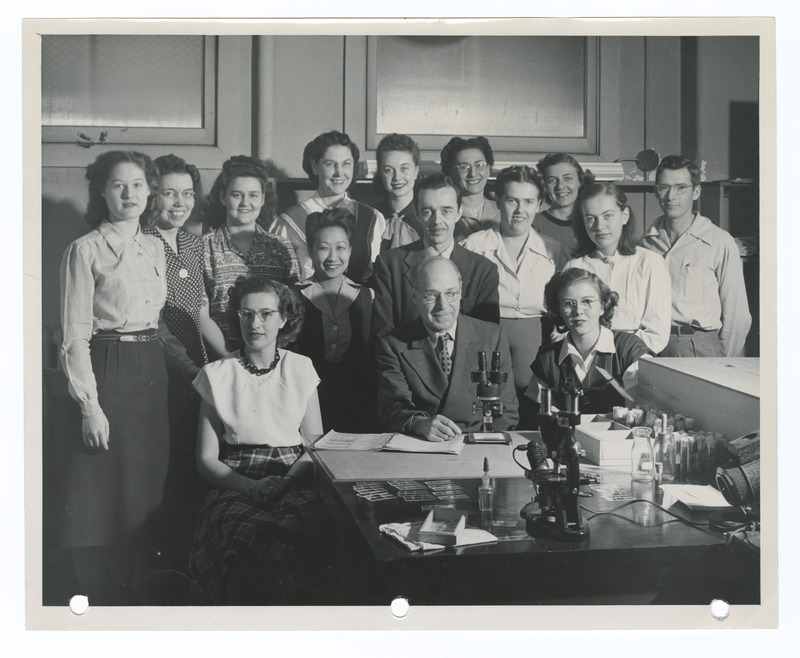 Muller's lab was a bustling place with graduate students, student technicians, and lab staff. Women played an enormously important role in the scientific process, even though they were often excluded from participation at the higher professional levels by sexist institutional factors and oppressive expectations of motherhood. 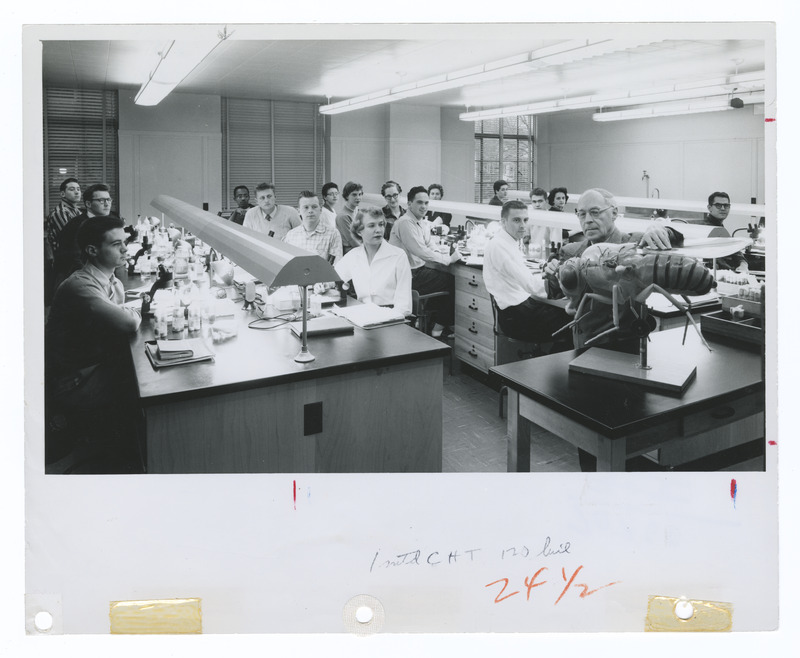 Muller can be seen here using a giant model of Drosophila he designed to teach the class. The original model is in the Lilly Library collection, having been handed over by a biologist who found it in a closet in Jordan Hall. It has interchangeable parts to represent various mutations.