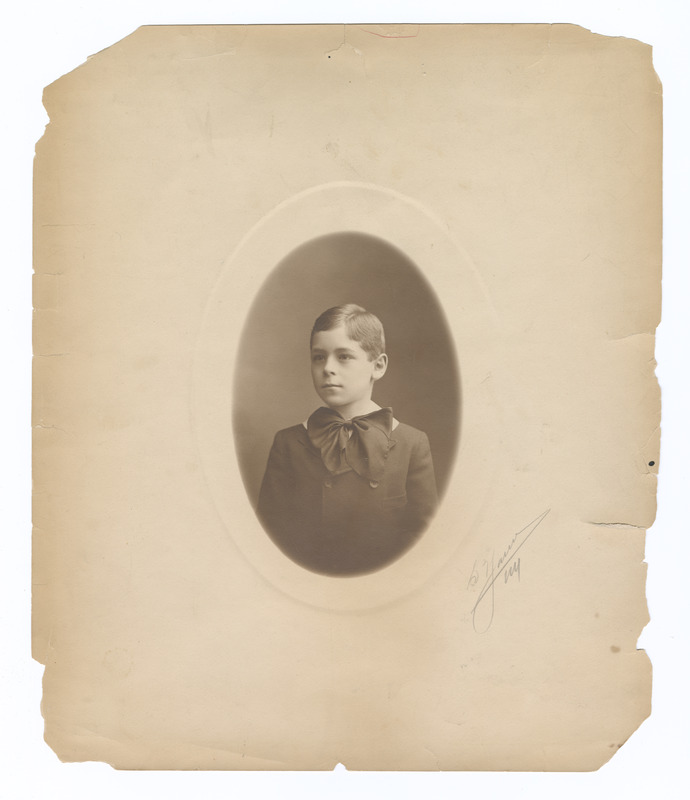 Hermann Muller as a child

Muller was born to a working class family in New York City in 1890. 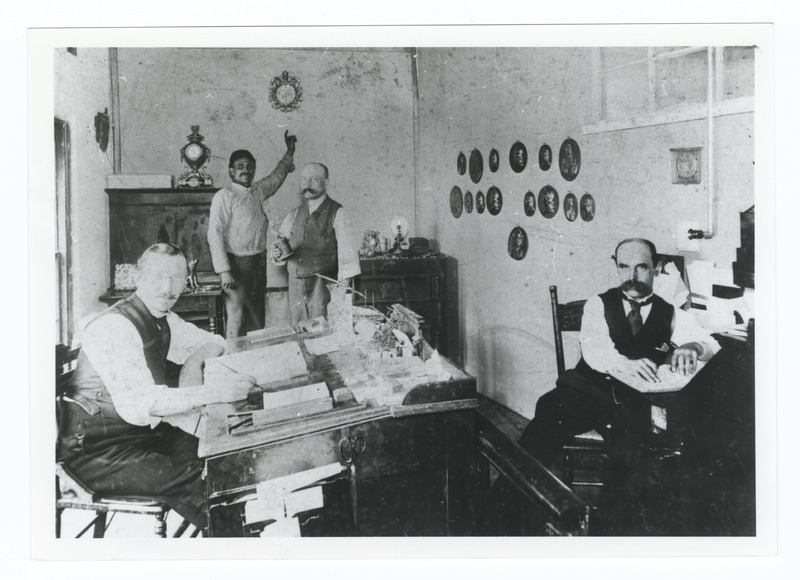 Hermann Muller Sr. (front right) at work in the family metalwork shop. It was the first art metal shop in New York City.

His father, Hermann Sr., had taken over the family metalworks shop abandoning a nascent career in law, when his own father, a German immigrant, died. 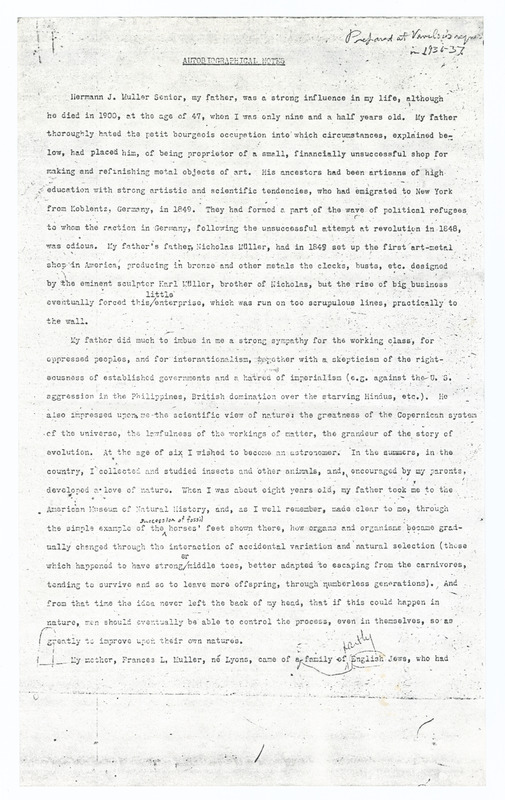 These notes prepared for his friend and colleague, the esteemed Russia geneticist Nicolai Vavilov, are the primary source of autobiographical information on Hermann Muller. The Lilly Library collection also has shorter autobiographical notes he prepared for the National Academy of Sciences.

Hermann Sr. had strong interests in science, socialism, and emancipatory politics. Despite his unexpected death in 1900 when his son was only 9 years old, he was able to pass these interests onto his young son. Hermann considered his father instrumental in inspiring him to be a scientist, as he wrote in his autobiographical notes.

Growing up, he embraced a wide array of scientific interests from bug collecting to stargazing. Newspaper clippings in his childhood journal, indicate the breadth of his early scientific and socio-political interests. Meanwhile his mother Frances, of English and Sephardic Jewish descent, and a school teacher, encouraged Hermann with his studies.