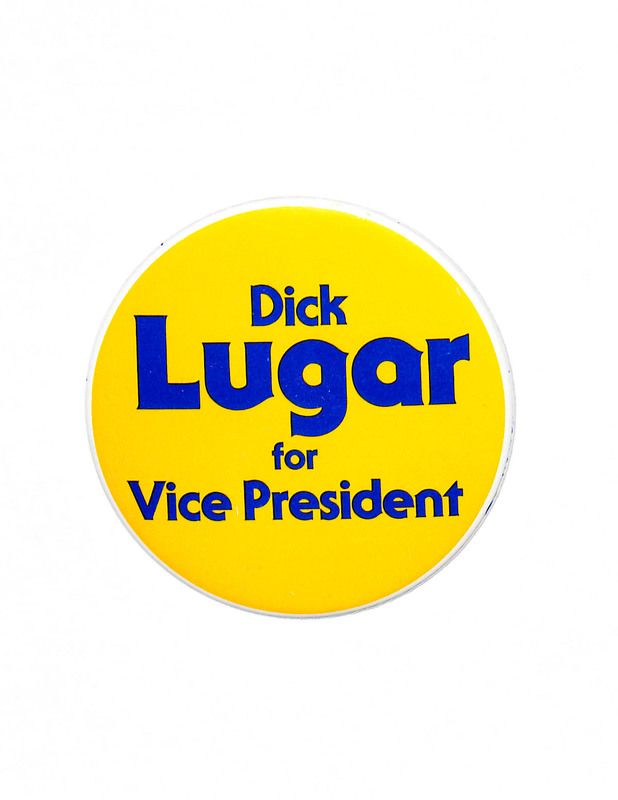 After having been in the Senate for only four years, Richard Lugar was a serious contender to become Ronald Reagan’s vice presidential running mate. The application Lugar had to fill out to be considered as the 1980 Republican Vice Presidential nominee is extensive. Among the items he had to submit were a letter of interest, a thorough questionnaire, a financial statement, a health report, and his tax returns. Of the three final candidates—Senator Lugar, Senator Paul Laxalt of Nevada, and former Congressman and Ambassador George H.W. Bush—Reagan chose Bush to be his running mate. However, Senator Lugar respected President Reagan immensely, and the two always maintained a very close relationship. Senator Lugar had one of the highest voting rates in the Senate in support of President Reagan. 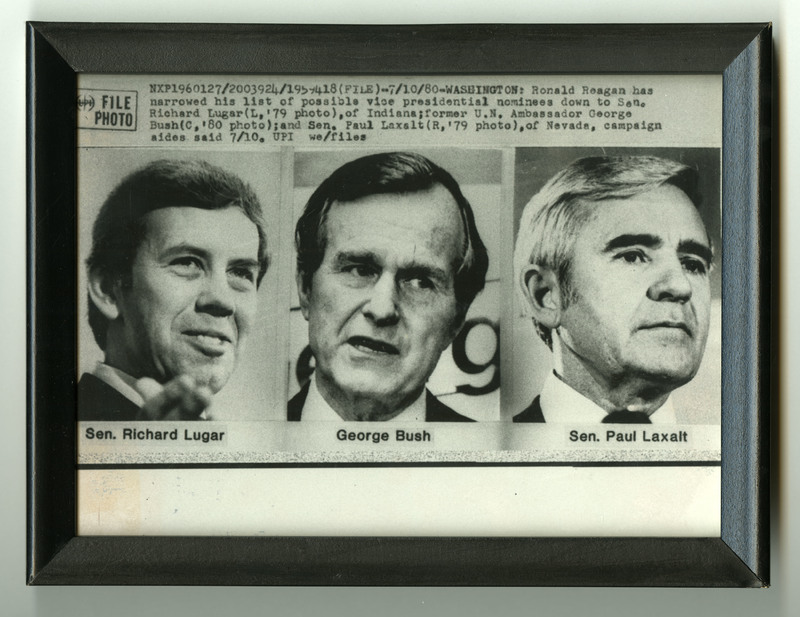