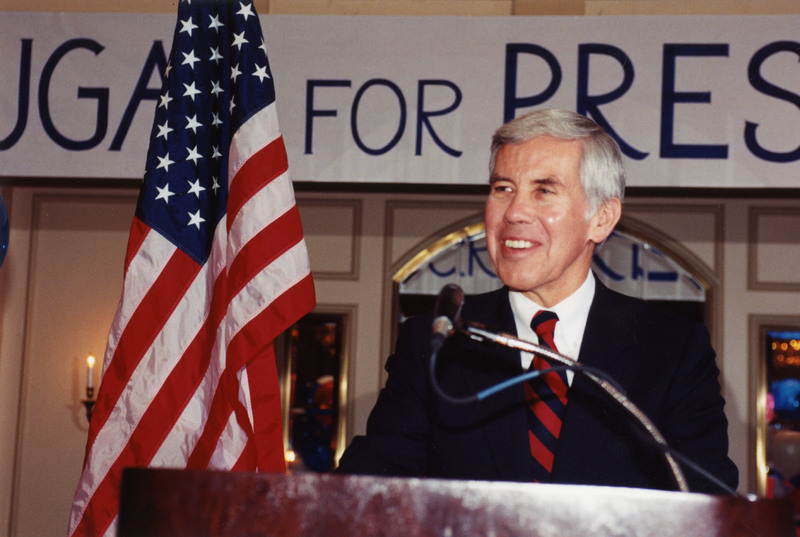 Richard Lugar campaigning in New Hampshire during his presidential campaign, 1995.

In April 1995, in his hometown of Indianapolis, Richard Lugar announced that he running for President of the United States. Some of his chief campaign issues were the need for strong national security, the elimination of the federal income tax in favor of a national sales tax, and the need for national cohesion and unity.

Senator Lugar and his wife Charlene both traveled the country and campaigned hard, but there were many candidates for the Republican nomination that year and stiff competition. When Senator Bob Dole emerged as the frontrunner, Lugar withdrew, but not before giving his full support and endorsement to his friend.

In a speech in New Hampshire early in his campaign, Lugar outlined some of his main ideas:

“Pope John Paul said last week that the tears of this century have prepared us for the springtime of the next century. Perhaps the Pope anticipated that the presidential election of 1996 would be a defining moment for our country in which we strongly rejected a competition to be the most negative and mean spirited, and renounced the cynical idea that politics is primarily half truths and entertainment.

“Instead we shall decide to stop looking for immigrant, racial and gender scapegoats, and to choose the best constructive programs to organize our world for peace and our own security.”

At the end of his speech, Lugar states: “We shall choose to talk without reticence about better marriages, parenting, the end of racism and prejudice, and the need for thoughtful national leadership that listens to all of us and that speaks to the strength of our unity.”

"Lugar for President bumper sticker, circa 1995. 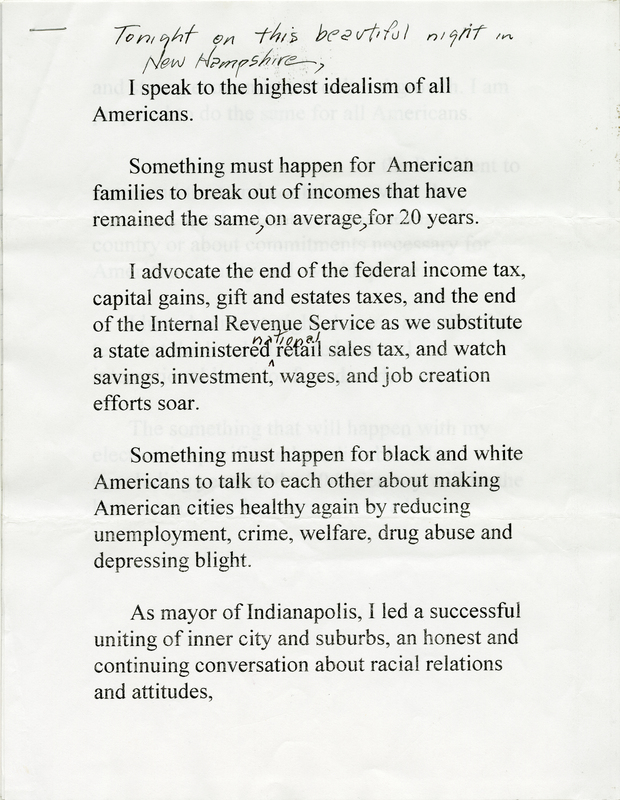