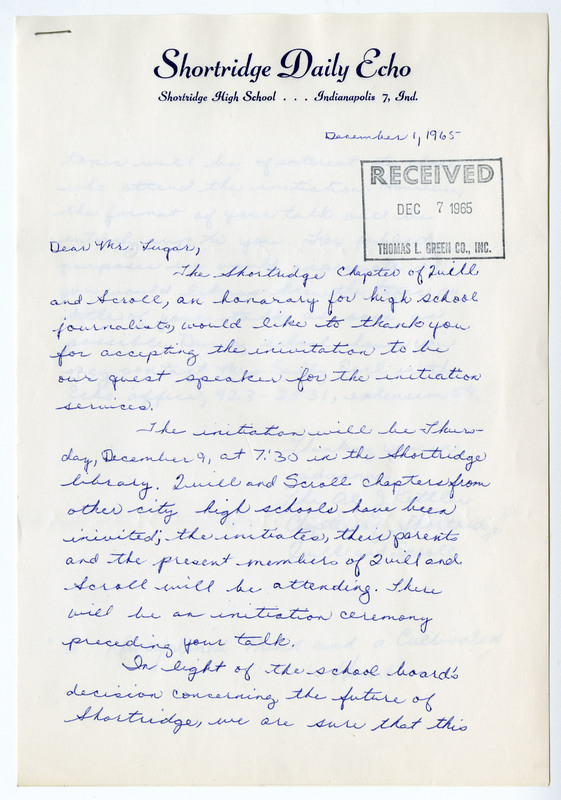 Letter from the Al. J. Kettler Chapter of Shortridge Quill and Scroll, December 1, 1965. 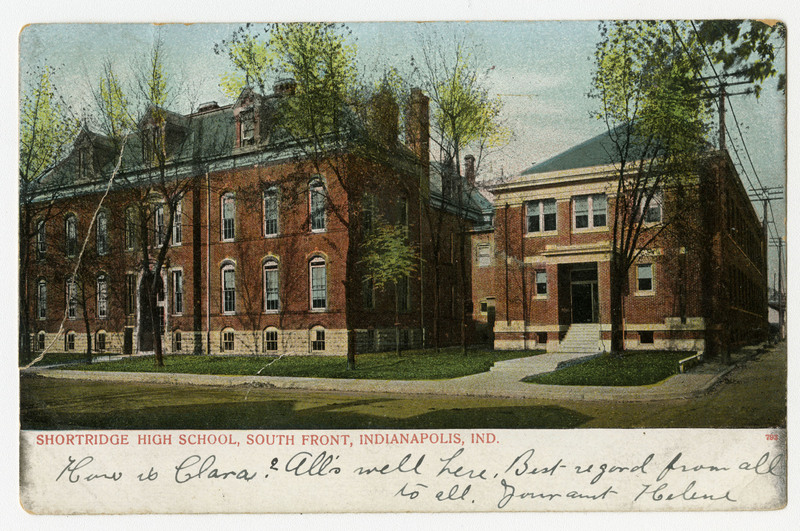 Lugar attended elementary schools 84 and 60 in the Indianapolis Public School system before enrolling in Shortridge High School. He graduated from Shortridge at the top of his class, and he was involved in many activities: he was editor of the school newspaper, the Shortridge Daily Echo; treasurer of the Fiction Club; and member of the state championship debate team. He was a cellist in the orchestra, was on the track team, and played both football and basketball. When he graduated, The Indianapolis Times wrote, “Shortridge High School is losing its human dynamo this week.” The newspaper outlined Lugar’s plans for the future: “Debating and essay writing have prepared him, he hopes, for a career in government.” He graduated in 1950.

Years later, in 1965, the Shortridge chapter of Quill and Scroll, an honorary society for journalism students, invited him to speak at their initiation ceremony. At the bottom of the first page of the invitation letter, the author writes, “In light of the school board’s decision concerning the future of Shortridge, we are sure that this topic will be of interest to those who attend the initiation.” In mentioning the school board’s decision about the future of Shortridge, the author refers to plans involving desegregation. Lugar, a member of the school board, helped devise those plans. For his talk, Lugar chose the topic “A Disciplined Mind and a Cultivated Heart.”