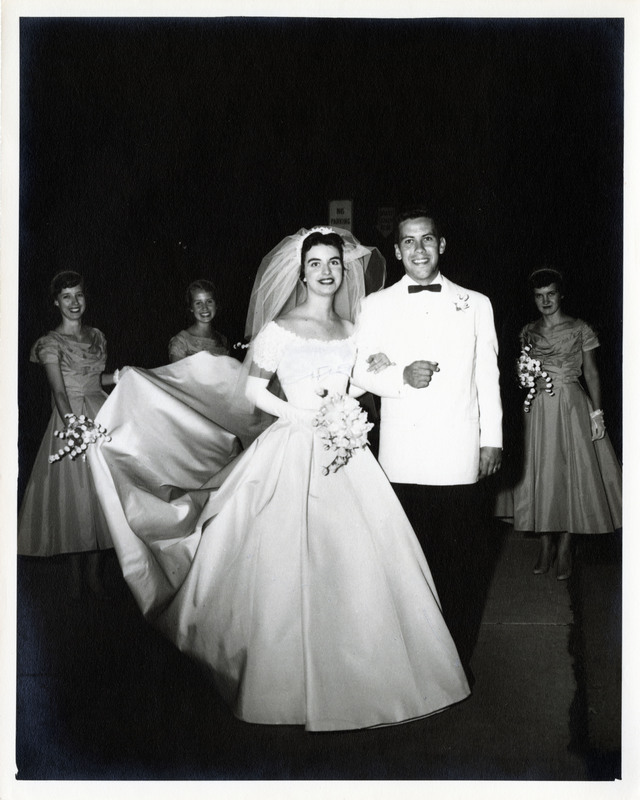 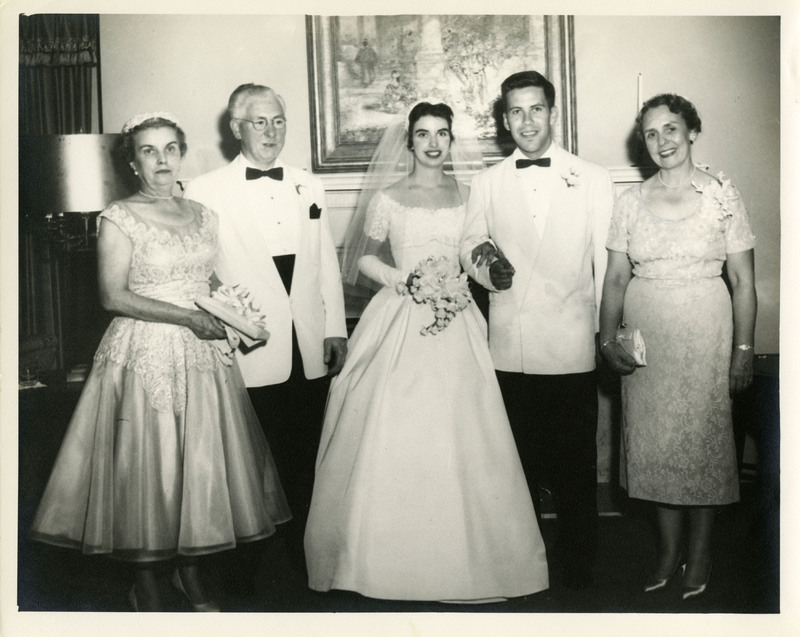 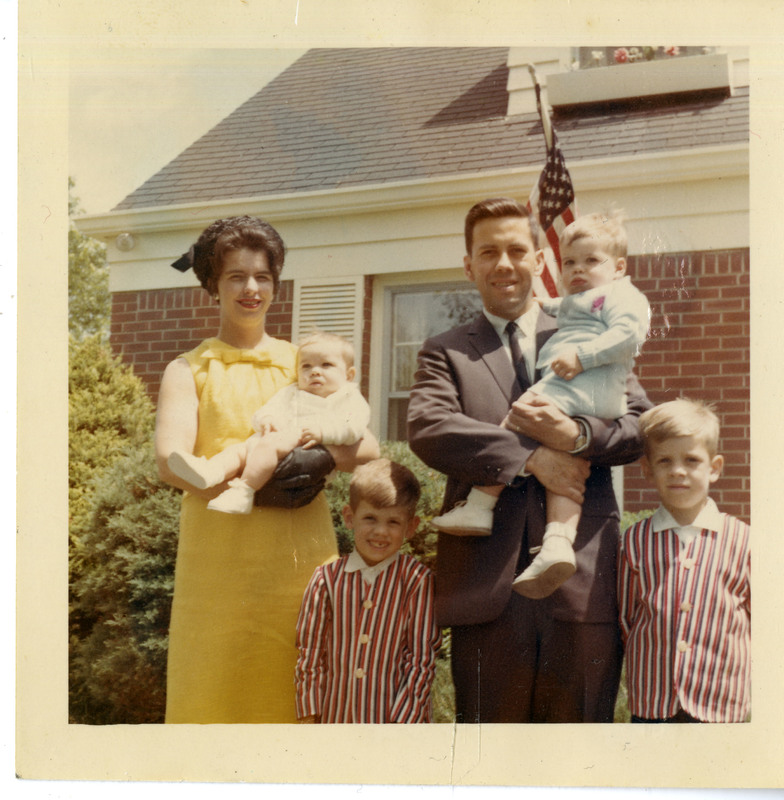 Family group picture, May 30, 1965. Charlene and Richard Lugar are shown with their four sons. Charlene is holding David Lugar in here arms, while Richard Lugar is holding John Lugar. Bob (left) and Mark (right) are standing. A note on the back of the photograph states that it is Bob's fifth birthday and David's christening. David is six months old.

Charlene Smeltzer and Richard Lugar met as seniors at Denison. At the time, they were both pinned to other people, but they broke it off and became pinned to each other. They have said that they saw idealism and ambition in each other. They were apart for two years while Richard studied in England and Charlene studied at Northwestern, during which time they wrote letters but spoke on the phone only a few times. They married after Richard return from England, on September 8, 1956. They have four sons, thirteen grandchildren, and great-grandchildren.