It is with a heavy heart that the Modern Political Papers Collection of the Indiana University Libraries reports the death of Senator Richard G. Lugar on April 28, 2019. From March 25 to July 26, 2019, Modern Political Papers presents the exhibition "Indiana’s Visionary Statesman" at the Lilly Library on the campus of Indiana University in Bloomington. The exhibition is an exploration of the life and career of Senator Lugar, the longest-serving United States Senator from Indiana and a great statesman of the Senate. We are immensely grateful that he had the opportunity to view the exhibition in March 2019. All items from the physical exhibition and this digital exhibition were taken from the Senator's papers. We are grateful to have this opportunity to honor the legacy of such a dedicated and gracious man who served the state of Indiana, the nation, and the world with great integrity. We invite you to browse the collections in honor of his legacy. 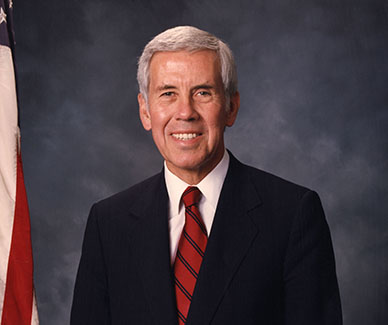 Runners at the Dick...

Photograph of Senator Richard Lugar shaking hands with a runner at the starting line of the Dick Lugar Fitness Festival in Indianapolis, Indiana. Other runners wait for the race to begin. 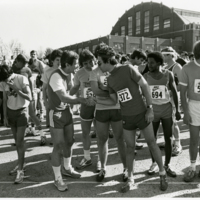 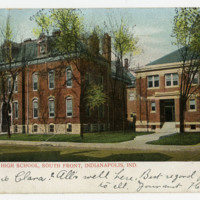 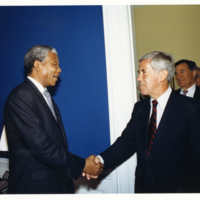