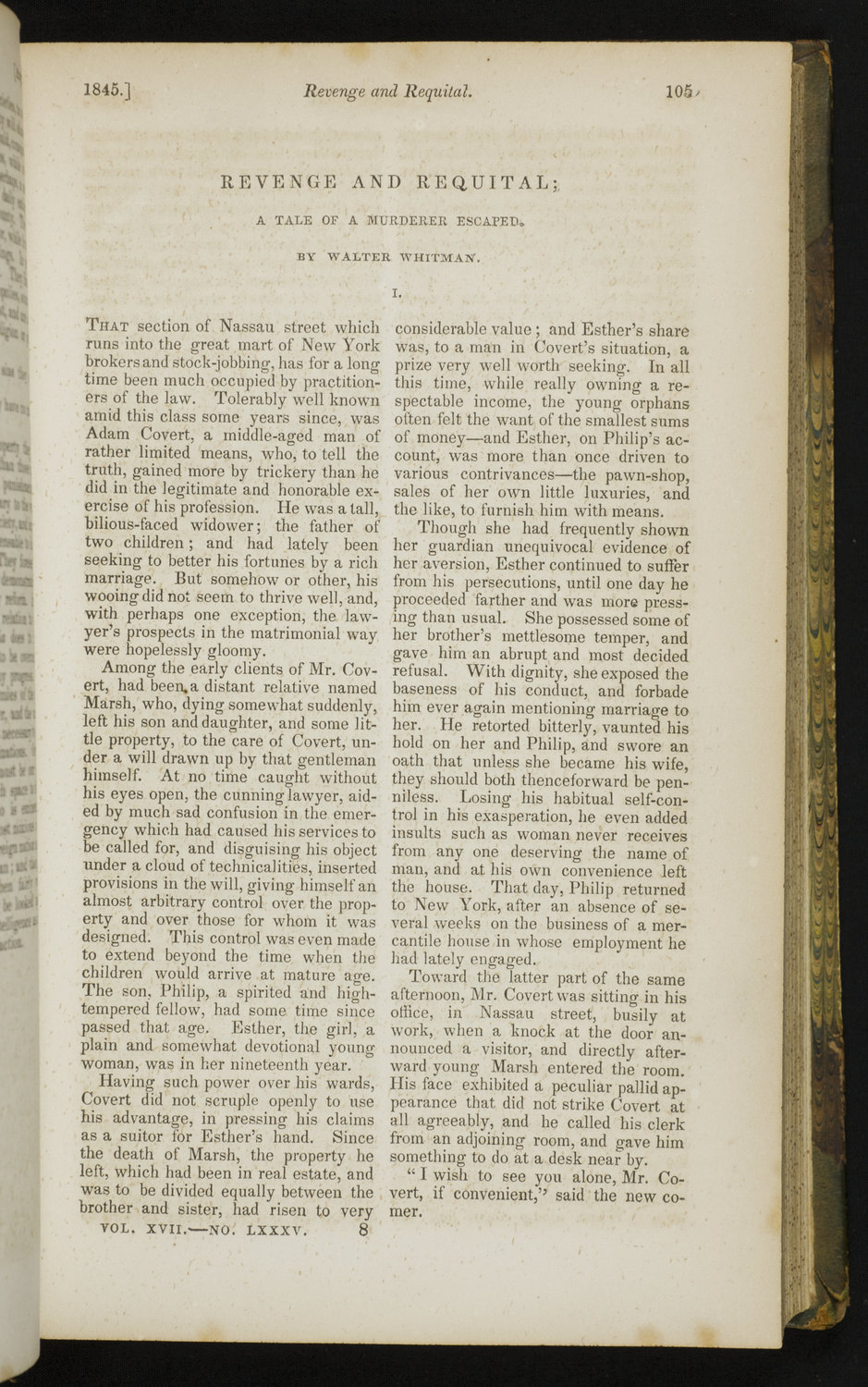 An example of Whitman's early short fiction.  "Revenge and Requital" luridly evokes the fate of Philip Marsh, a young man who kills his abusive guardian and whose guilt driveshim to become a “messenger of health” during a cholera epidemic, saving, precisely, the children made fatherless by his crime.  At the end, Marsh himself succumbs to the disease.   The story ends with a plea against capital punishment.   Whitman’s story is followed by a poem written by one T. H. Howard from New Orleans:  “The Venus Anadyomene”:  “Fresh from the wave, with flowing limbs/ All animate with joy, and eyes / Wherein celestial rapture swims,/ and on her lips a music lies, She rises, / Panting with feeling….” (p. 111).  The authenticity of Whitman’s voice is unmistakable.  In November 1845, the United States Magazine published Whitman’s  “A Dialogue,” another statement against the death penalty:  “the very facts which render murder a frightful crime, render hanging a frightful punishment.”