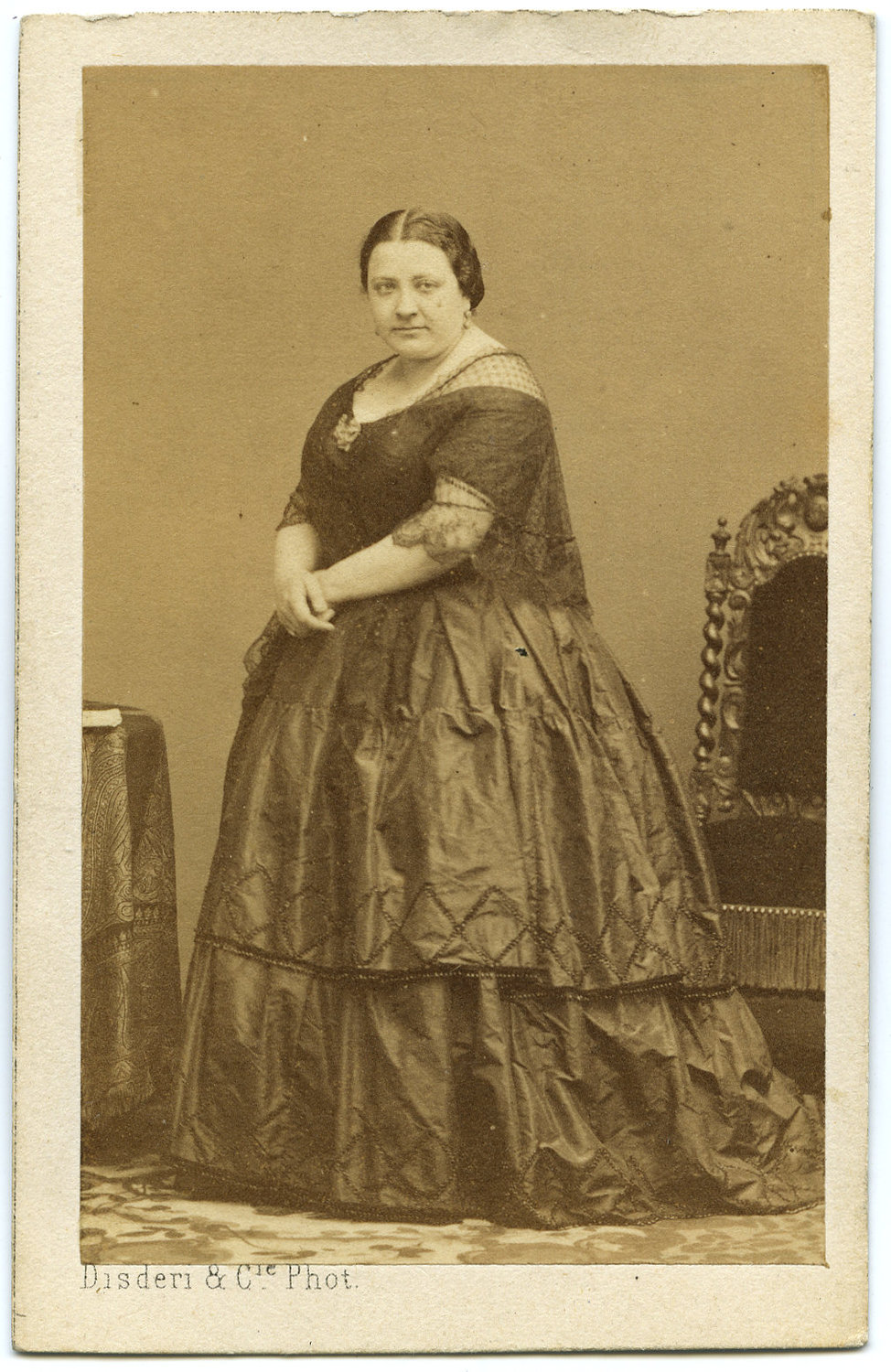 For all the self-conscious jingoistic posing in the Broadway Journal article, Whitman fell helplessly in love with Italian opera, and the arias of Rossini or Bellini shaped the cadences of his poetry.  No singer influenced him more, however, than the Italian contralto Marietta Alboni, a stout woman from humble origins in Umbria, Italy, physically unimpressive but possessed of a rich, deep, sweet voice which moved grown men and women to tears.  Alboni (1826-1894) arrived in New York in the summer of 1852, appearing at Metropolitan Hall, where enthusiastic shouts from the audience greeted her after she had sung only a few bars.  In Leaves of Grass, Alboni later appears as the “teeming lady,” a mother of men worthy of the highest accolades:  “the lustrous orb, Venus contralto, the blooming mother,/ Sister of the loftiest gods, Alboni's self I hear” (“Proud Music of the Storm,” 1869). André-Adolphe-Eugène Disdéri (1819-1889) was the inventor of the carte-de-visite.