Franklin Evans or The Inebriate, 1842 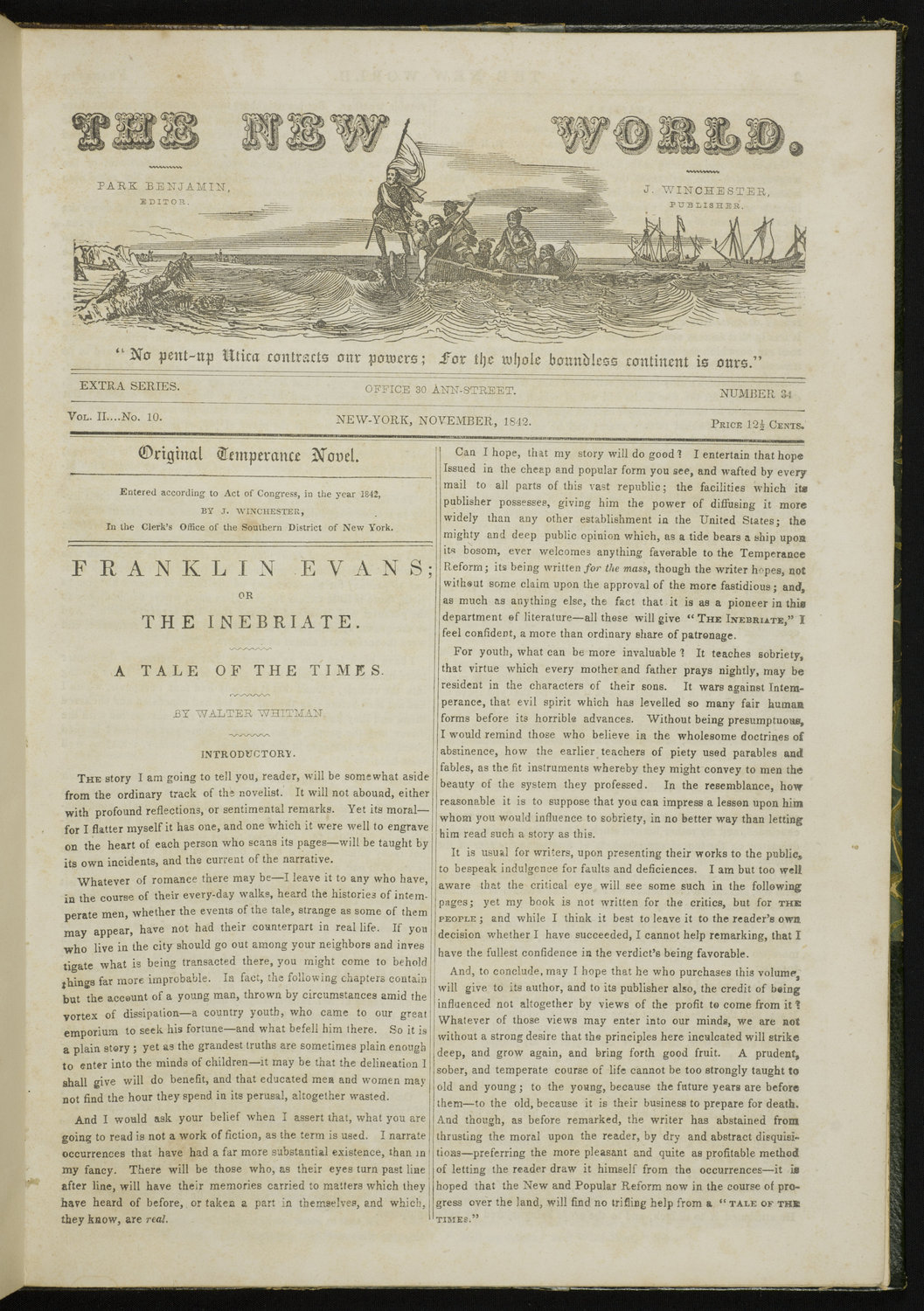 Whitman had begun writing short fiction in the 1830s; his only novel, shown here, appeared as an extra installment in Benjamin’s New World.    Although Whitman later called Franklin Evans “damn rot” and claimed to have written it in a mere three days with the help of a “bottle of port”  (Traubel 1: 63), the piece skillfully employs every cliché known to writers at the time in the service of the novel’s overall theme—temperance.   Franklin Evans, a farmer’s apprentice, comes to New York, falls in with the wrong crowd, goes South, and marries a slave woman, a situation from which, at the end of the novel, only a temperance pledge can free him.  Particularly memorable from a modern perspective is the novel’s unpleasant racism, focused on the protagonist’s hated mulatto wife:   “She was, indeed, a very woman, with some of the most beautiful traits, and some of the most devilish that ever marked her sex” (p. 23).  Whitman desperately needed money, and Benjamin's promise of a down payment of $75 would have been too lucrative to resist.

Despite its obvious flaws and clunky plot construction, Franklin Evans already reveals some the later Whitman's interest in the relationship between character and surroundings, notably urban environment.  A reviewer writing in the New York Daily Tribune, after noting that it was high time "the paint were stripped from the face of the foul hag, Alcohol," was particulalry pleased that Whitman had done so in the form of a novel: "There are thousands who will read a novel who would not touch a Temperance tract or periodical" (The New York Daily Tribune, 23 November 1842: 1).  Franklin Evans sold approximately 20,000 copies (Loving 74), a number not matched by any of the poet’s later, more serious ventures.